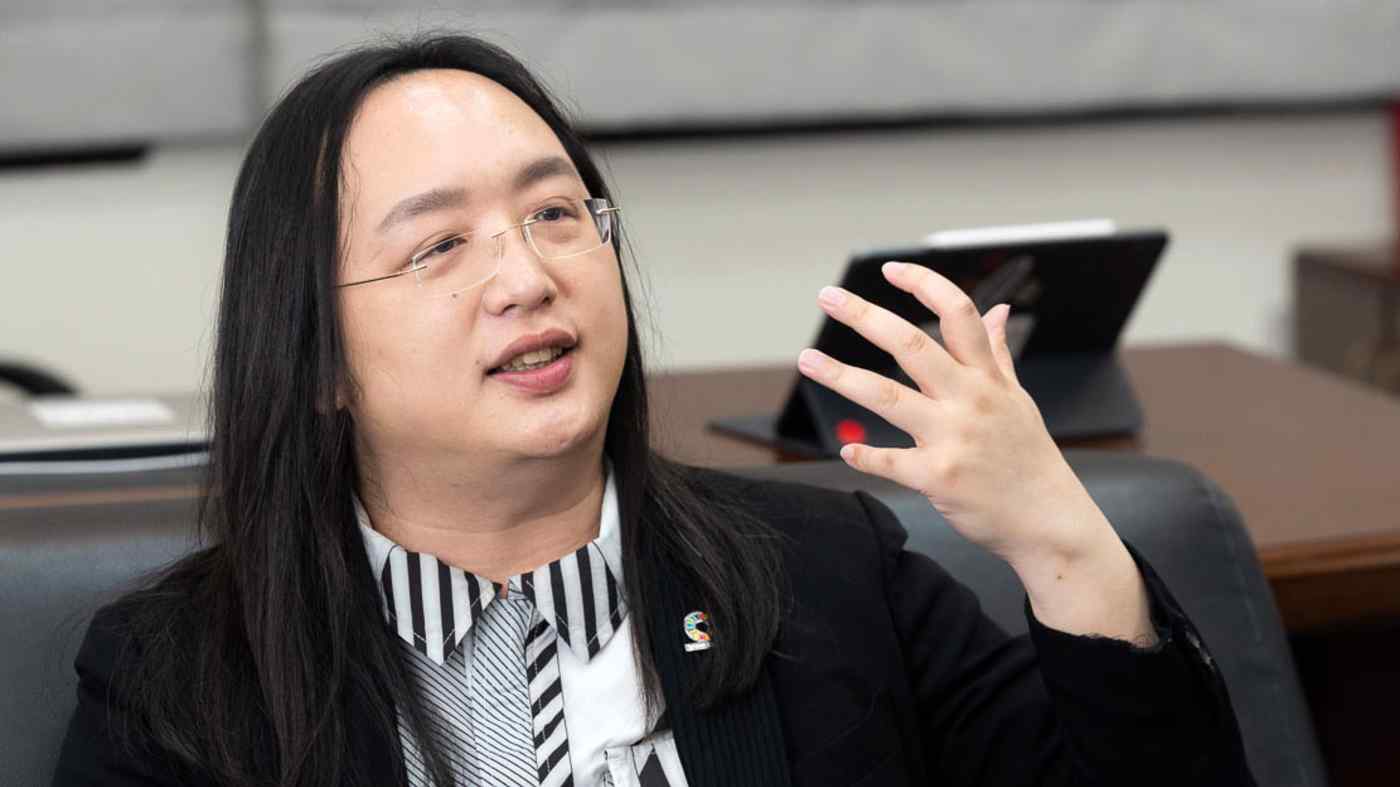 TOKYO -- China is using new technology to turn its western region of Xinjiang into a model for a fully authoritarian surveillance state, Taiwan's digital minister said on Monday.

"We have seen that previous attempts at totalitarian government were at most sub-totalitarian because there were no sufficient technologies to ensure the total tracking of people," Audrey Tang told reporters in Tokyo in an online news conference. "Now in places like Xinjiang we are seeing a prototype of a truly totalitarian surveillance regime is being worked on."

The once Muslim-majority region is part of the ongoing feud between Washington and Beijing, with the U.S. Commerce Department last week slapping sanctions on 11 more companies that it said were linked to alleged human rights violations in Xinjiang. Chinese officials slammed the move, calling it a "blatant hegemonic act."

A February report by the Australian Strategic Policy Institute estimated that more than 80,000 Uighurs were moved out of Xinjiang to work in factories across China between 2017 and 2019, with some being sent directly from detention camps. According to the report, the workers are subjected to intimidation and threats, and are constantly monitored by security personnel and digital surveillance tools.

Speaking via video link from Taipei, Tang said such reports serve as a reminder for people in Taiwan of the value of liberal democracy.

"We see things through a human rights and democracy lens," the 39-year-old said. "These attempts, for example in Xinjiang that I just alluded to, are basically prompting all sectors in Taiwan -- not just the social sector people, the 'hacktivists,' but also people in the private sector -- to look at these applications and technologies. It serves a really strong reminder that we should not go there."

In a recent Nikkei interview, Tang said that putting Chinese equipment in a country's core telecom infrastructure is akin to inviting a Trojan horse into the network.

"Every time you upgrade you have to do another systemic risk assessment," Tang said. "But the feeling is that the risk is too high, and the cost of ownership too high, and we would be better to work with other vendors from liberal democratic countries."

Taiwan's relations with China have deteriorated since President Tsai Ing-wen was first elected in 2016, making the island a frequent target of cyberattacks. The government says Taiwan is hit an average of 30 million times a month.

"There are cyberattacks literally every hour," Tang said. "Fortunately, most of those attacks were sorted automatically by the defense in-depth system that we employ. And so they did not really interfere with [January's] presidential election, although there's a lot of disinformation campaigns."

Tang, the youngest minister in Taiwan's history, is a renowned hacker, programmer and entrepreneur. Brought into Tsai's cabinet in 2016, she has been praised as a key figure in the fight against COVID-19 for her role in quickly developing apps to speed up the distribution of masks and economic stimulus coupons.

She describes herself as a "conservative anarchist," and continues to be so despite being in government.

"So I am at once digital minister, that's my day job. But I'm also moonlighting as a civic hacker," Tang said. "I see myself as a channel, as a bridge, as a Lagrangian point between civic movements on one side and government on the other."