But politics in Seoul present headwinds for trilateral cooperation with U.S. 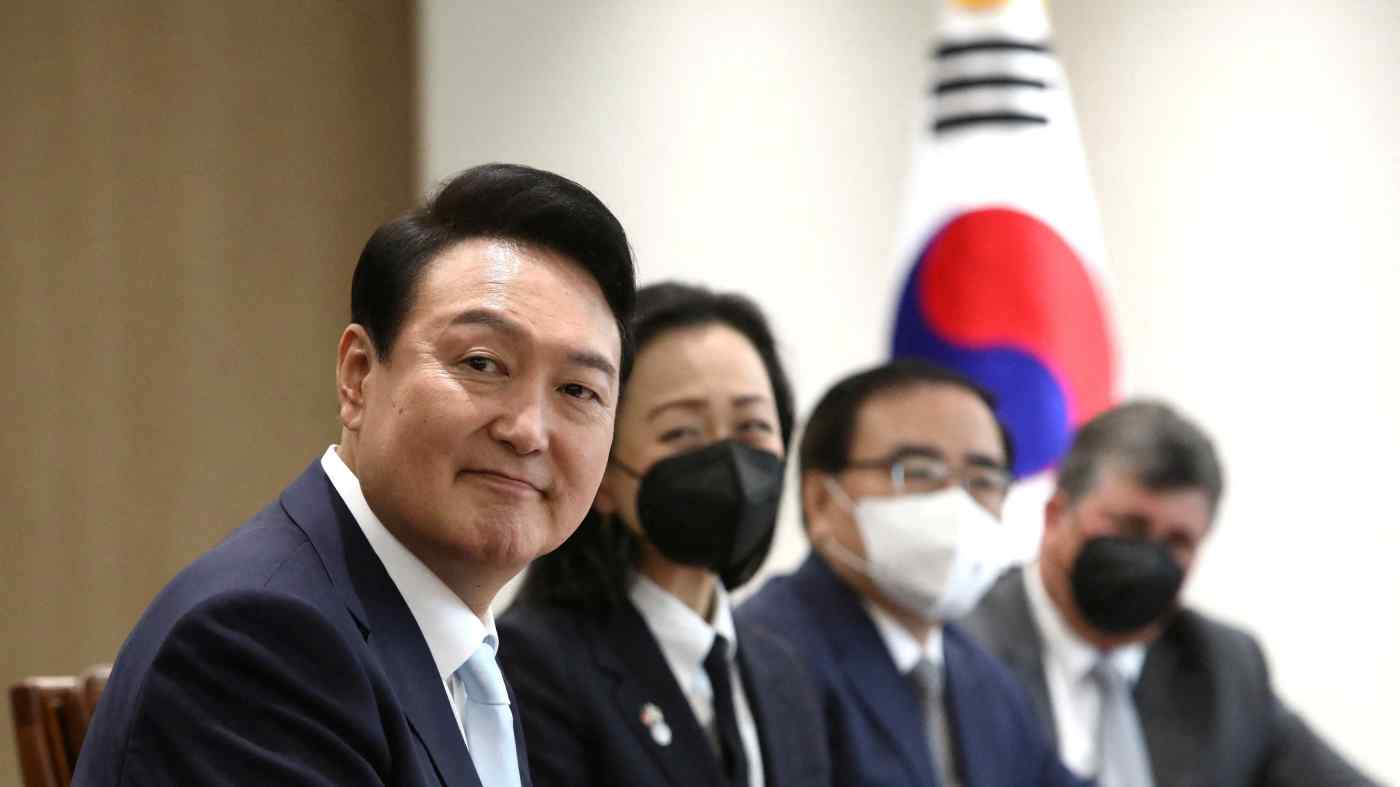 TOKYO -- With new South Korean President Yoon Suk-yeol pursuing greater cooperation with the U.S. and Japan, the Japanese government is optimistic for an improvement in bilateral ties considered to be in their worst stretch since Tokyo and Seoul normalized relations in 1965.

Yoon was sworn in on Tuesday, becoming South Korea's first conservative president in five years. While Yoon sees deeper trilateral cooperation as key to responding to the growing North Korean threat, political headwinds at home could prevent him from taking major steps to dispel the distrust built up between Seoul and Tokyo over the years.