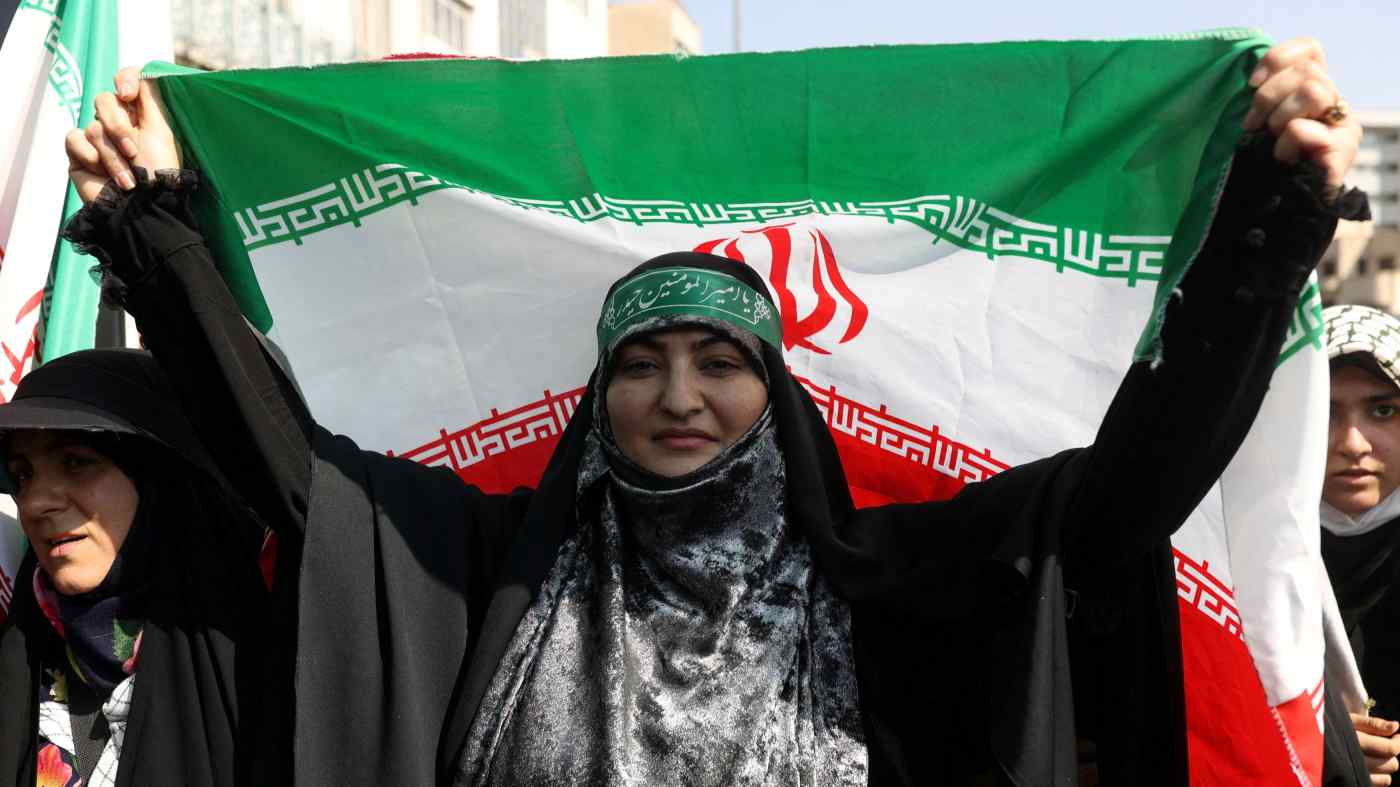 A pro-government woman holds up the Iranian flag during a Sept. 23 rally in Tehran against the recent protests.   © Reuters
September 24, 2022 03:11 JST | Iran
CopyCopied

DUBAI (Reuters) -- State-organised demonstrations took place in several Iranian cities on Friday to counter nationwide anti-government unrest triggered by the death of a woman in police custody, with marchers calling for the execution of "rioters."

The pro-government rallies followed the strongest warning yet from authorities when the army said it would confront "the enemies" behind the unrest - a move that could signal the kind of crackdown that has crushed protests in the past.