Is Abe in trouble? A Q&A on the nationalist school scandal 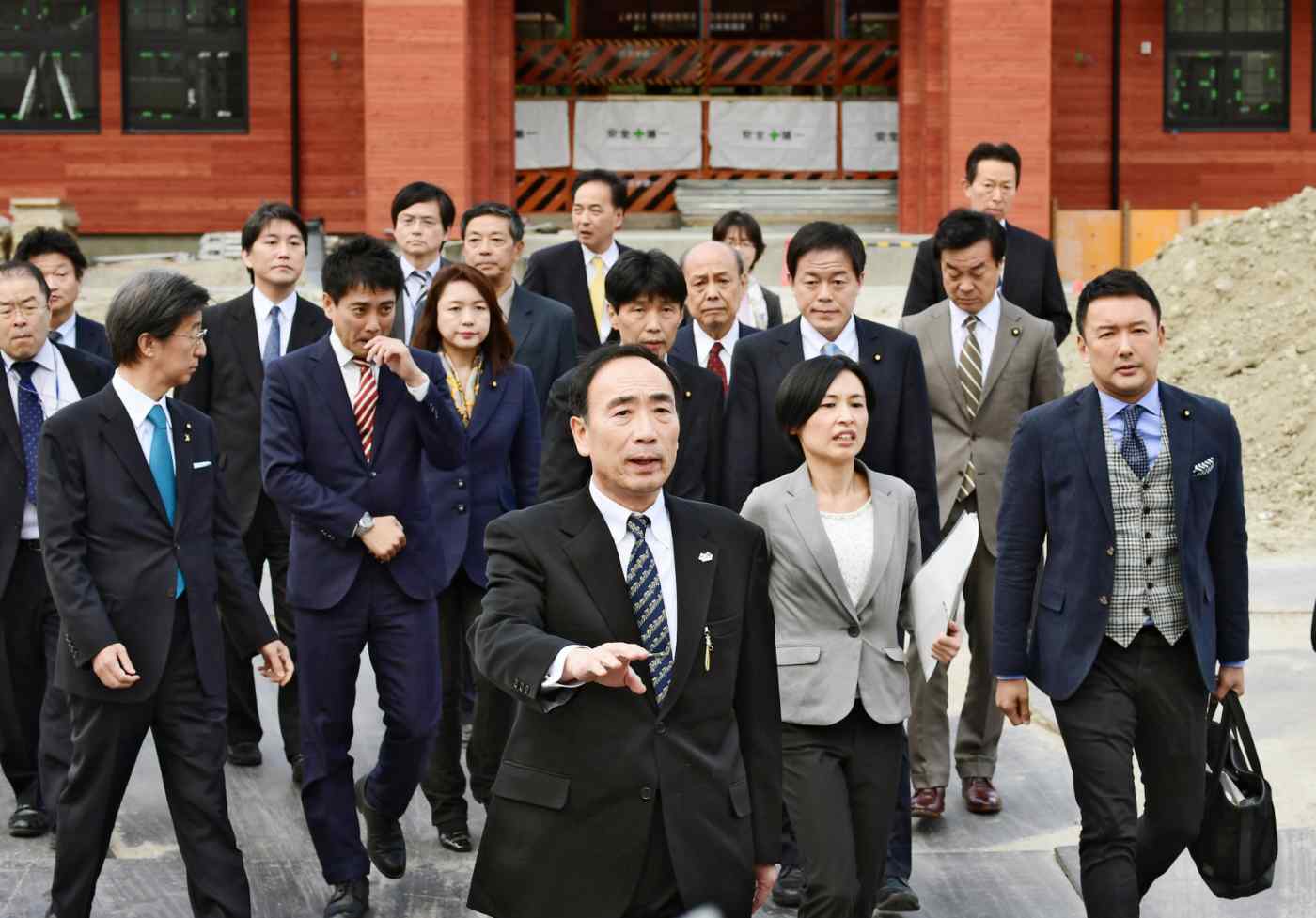 TOKYO -- Japanese Prime Minister Shinzo Abe is facing his first scandal since coming to power in 2012. Here is a rundown on the issues surrounding the nationalist Osaka school scandal that has taken the Diet by storm.

Q: How did the Moritomo Gakuen issue emerge?

A: Moritomo Gakuen operates private kindergartens and nurseries in Osaka that have been criticized for their overly nationalistic education. Local news media began reporting about the school when it emerged that Abe's wife Akie was to become honorary principal of an elementary school that Moritomo was preparing to launch.

It later became clear that Moritomo acquired the 8,770 sq. meter plot for the elementary school, which was set to open this April, from the government at around a 10th of what it was worth. The latest bombshell was when Moritomo's school principal reportedly claimed that Akie had made a 1 million yen ($8,800) donation on Abe's behalf in 2015.

Q: What are the issues being debated in the Diet?

A: There are two issues -- first, was the favorable sale price appropriate? And second, did Abe use his power to influence the pricing? Abe has strongly denied the claim and has vowed to resign as prime minister and from his seat in the Diet if he is found to have any links to the land sale.

Despite his vehement denial, Abe's vulnerability is that his wife Akie made a speech at the kindergarten in the fall of 2015 praising the school's education policy. One of the signature rituals of the kindergarten was to have the pupils memorize the Imperial Rescript on Education, a Meiji-era document that called on people to "offer yourselves courageously to the State, should emergency arise, and maintain the prosperity of our Imperial Throne coeval with heaven and earth."

Akie is not known to have especially right-wing tendencies, but could have been trying to express appreciation to one of her husband's avid supporters. Abe's mother Yoko accepted many honorary positions, and it could be that Akie was following in her footsteps to support her husband. Abe's father was a prominent politician and foreign minister.

Q: What is the opposition's strategy?

A: The opposition is trying to portray Abe as having murky ties to right wing ideological institutions. They are having a field day because the players involved are those in Abe's inner circle: his wife, Finance Minister Taro Aso, whose ministry was responsible for the land sale, and Tomomi Inada -- the defense minister and supposedly Abe's preferred candidate to succeed him -- who rejected claims that she once represented the school as a lawyer, only to later admit that she had.

Q: Moritomo's school principal Yasunori Kagoike is also a director of the Osaka branch of Nippon Kaigi, a prominent right-wing pressure group with which Abe and many of his cabinet members are affiliated. How much influence do these right-wing groups have on Abe?

A: Abe became a champion and hero of the right when he accompanied then Prime Minister Junichiro Koizumi to Pyongyang in 2002, and insisted that Japan not sign any agreement with North Korea unless its leader at the time, Kim Jong Il, admitted and apologized for the kidnapping of Japanese citizens, which he did. The right has been Abe's power base and the driving force of his ascent ever since.

Q: Is Abe in serious trouble?

A: In the short term, his popularity will take a hit. It will probably not cost him his job, nor will it hurt him in the long run. But the scandal comes at a delicate time for Abe. If it hurts the image of the ruling Liberal Democratic Party, it could be a significant tailwind for popular Tokyo Gov. Yuriko Koike and her supporters in the July 2 Tokyo municipal elections. If Koike's allies dominate in the local elections, it could provide her with a platform to return to national politics and challenge Abe.

Abe would prefer to continue his almost "one-man" rule to decide on the next Bank of Japan governor in April 2018, handle the sensitive increase in consumption tax in October 2019, and realize his ultimate political goal of amending the Japanese constitution.

Q: How does this hurt Inada's political career?

A: Inada is considered one of a handful of candidates that Abe has in mind for succeeding him, including cabinet minister Katsunobu Kato and Foreign Minister Fumio Kishida. Abe would want a politician with a similar philosophy to succeed him in order to maintain his legacy, especially after seeing U.S. President Donald Trump attempt to undo his predecessor's achievements. Some observers have floated the idea of a cabinet reshuffle in April to remove Inada from her position, so as to prevent further damage to her credentials.