Bombings are in retaliation for Christchurch massacre, defense official says 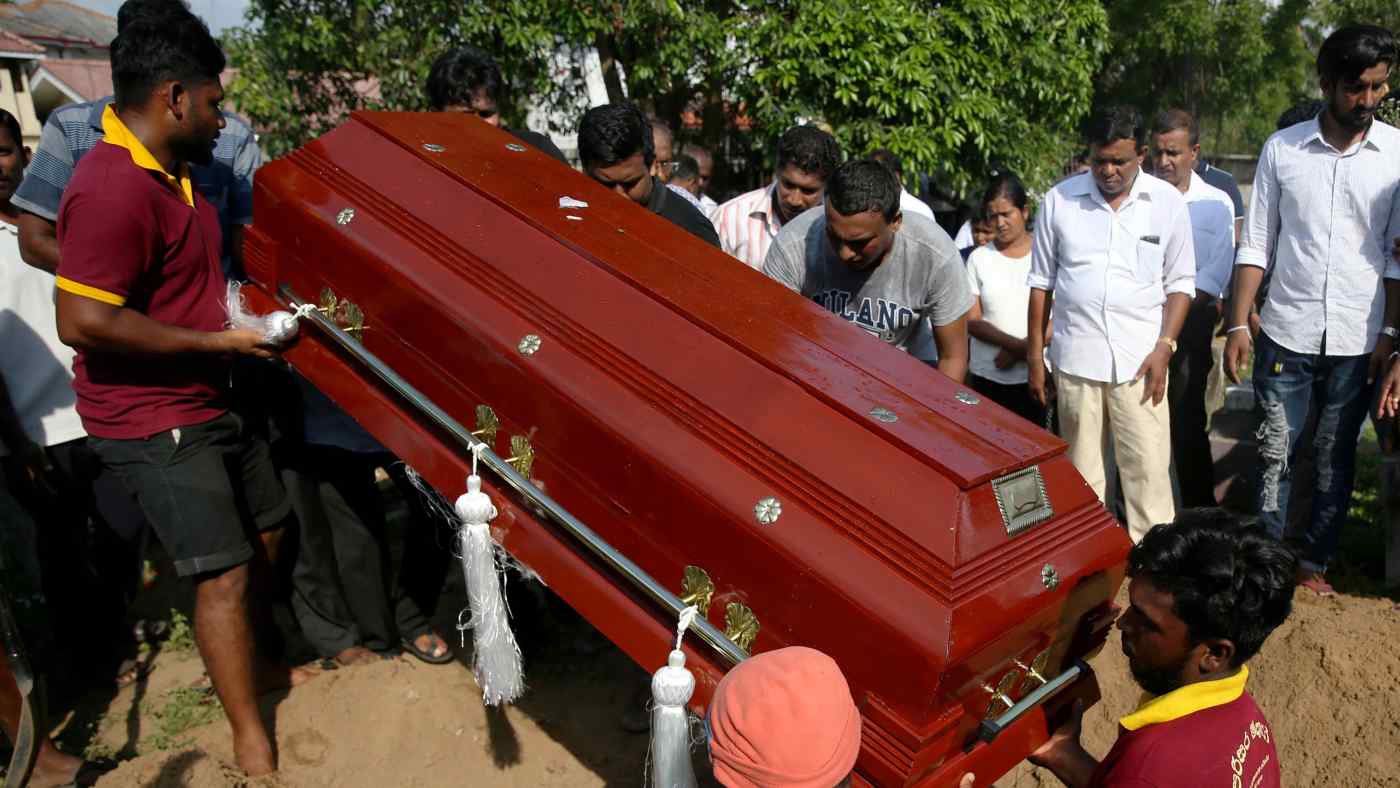 NEW DELHI -- The Islamic State on Tuesday claimed responsibility for the Easter Sunday terror attacks in Sri Lanka that have killed over 300 people, adding an international dimension to the massacre believed to be retaliation for attacks on New Zealand mosques.

The terror group's AMAQ news agency claimed on Twitter that those perpetrating the attacks on "nationals of the countries of the coalitions and Christians in Sri Lanka" were "fighters from the Islamic State." The release provided no evidence supporting the contention.

As of Monday, Sri Lankan officials said the National Thowheeth Jama'ath, a homegrown Islamic extremist group, was involved in Sunday's bombings. But authorities added that the NTJ could not have carried out the operation without help from an international terrorist organization. Sri Lanka will work with agents from the U.S. Federal Bureau of Investigation and Interpol in its inquiry.

Terrorists struck eight soft targets in the capital, Colombo, and three other cities, killing worshippers at churches as well as travelers in luxury hotels. The death toll has climbed to 321, with around 500 wounded.

Islamic State has leveraged its social media prowess, drawing an estimated 40,000 members from around the world at one point. A Sri Lankan government report published in 2016 says 32 citizens traveled to the Middle East to join the terror group. Experts say the group could be focusing on South Asia now that its presence is diminished in Iraq and Syria.