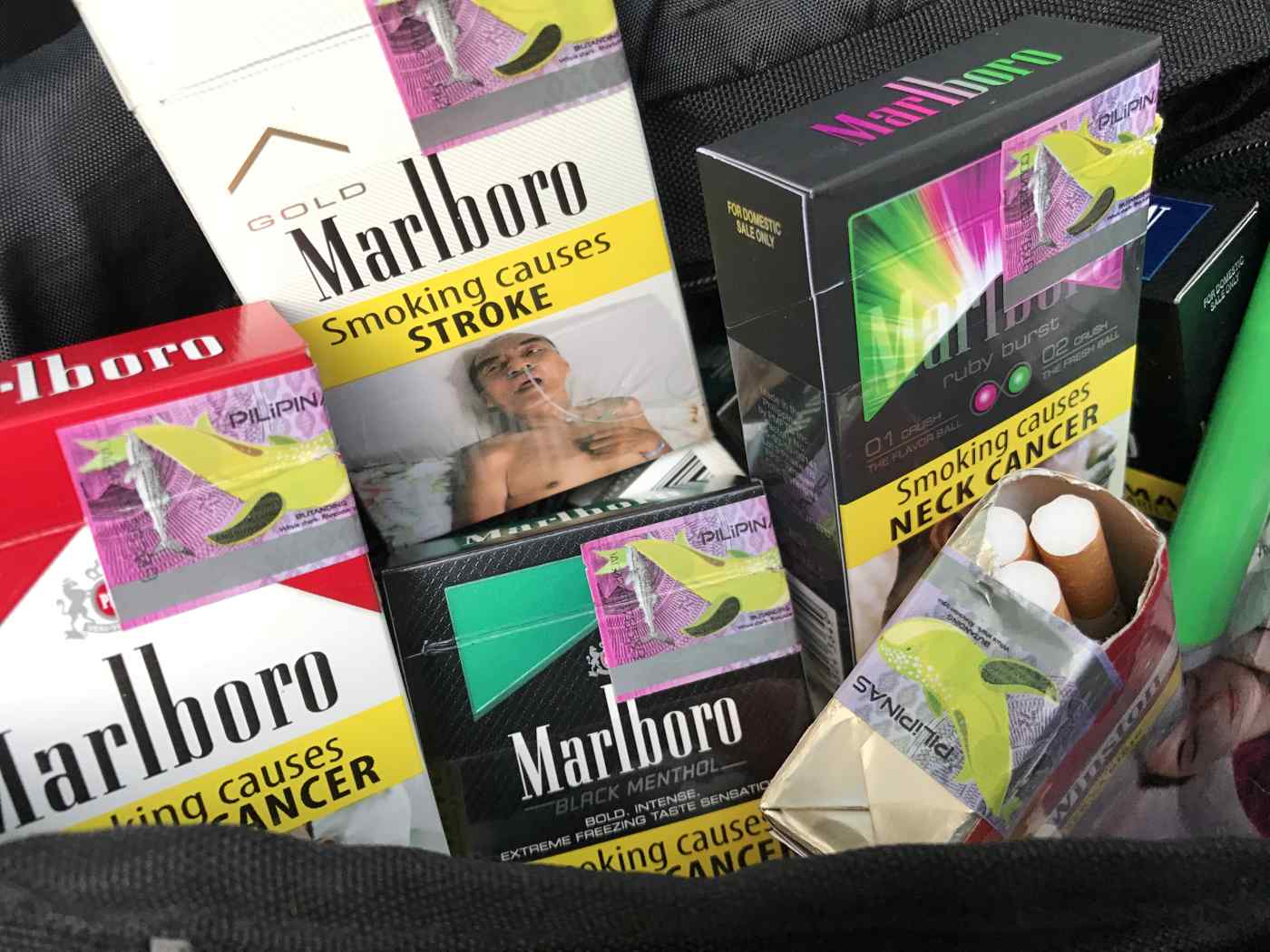 Dominguez asked Alibaba to "cooperate with the government of the Republic of the Philippines" by removing the ad and prohibiting similar postings in the future.

"Advertising and selling of fake stamps in the region, through your company's web portal, provides so much room and easy access for individuals and entities to evade excise tax on cigarettes in the Philippines," Dominguez said. "This will make it more difficult for [us] to curb excise tax evasion, and cigarette and fake tax stamp smuggling to our country."

A copy of the letter, which includes images of the ad and fake stamps, was also sent to Zhao Jianhua, the Chinese ambassador in Manila. The ad cited by Dominguez was no longer on Alibaba on Monday.

Dominguez brought the issue to Ma's attention as the government investigates local cigarette manufacturer Mighty Corp. on suspicion of using fake cigarette tax stamps to dodge excise tax. It was not immediately clear if Mighty got the fake stamps from Meikei Printing, the company behind the Alibaba ad.

The Philippines increased the excise tax in 2012, and in 2014, it implemented the Internal Revenue Stamps Integrated System project, which ensures tax compliance. The tax bureau uses the state-run APO Production Unit as the exclusive printer of stamps and a private consortium as the security technology provider. Cigarette manufacturers need to pay tax and get clearance from the tax bureau before getting the stamps from APO.

Dominguez said Mighty's tax liabilities were still being determined, but the Action for Economic Reforms, an activist policy group, said Mighty owes the government as much as 15 billion pesos ($298 million) in taxes and fines.

Duterte, who said Mighty owner Alex Wong Chu King attempted to bribe him when he was mayor of Davao City, said he was willing to compromise, but Dominguez said "there's no settlement."

Mighty's alleged wrongdoing was discovered following a series of raids by the Philippine customs bureau, which seized more than 2 billion pesos worth of cigarettes with bogus tax stamps.

Duterte is seeking to change the Philippine tax system and is stepping up his fight against tax evasion as he bankrolls an 8-trillion-peso infrastructure upgrade during his six-year term ending in 2022.