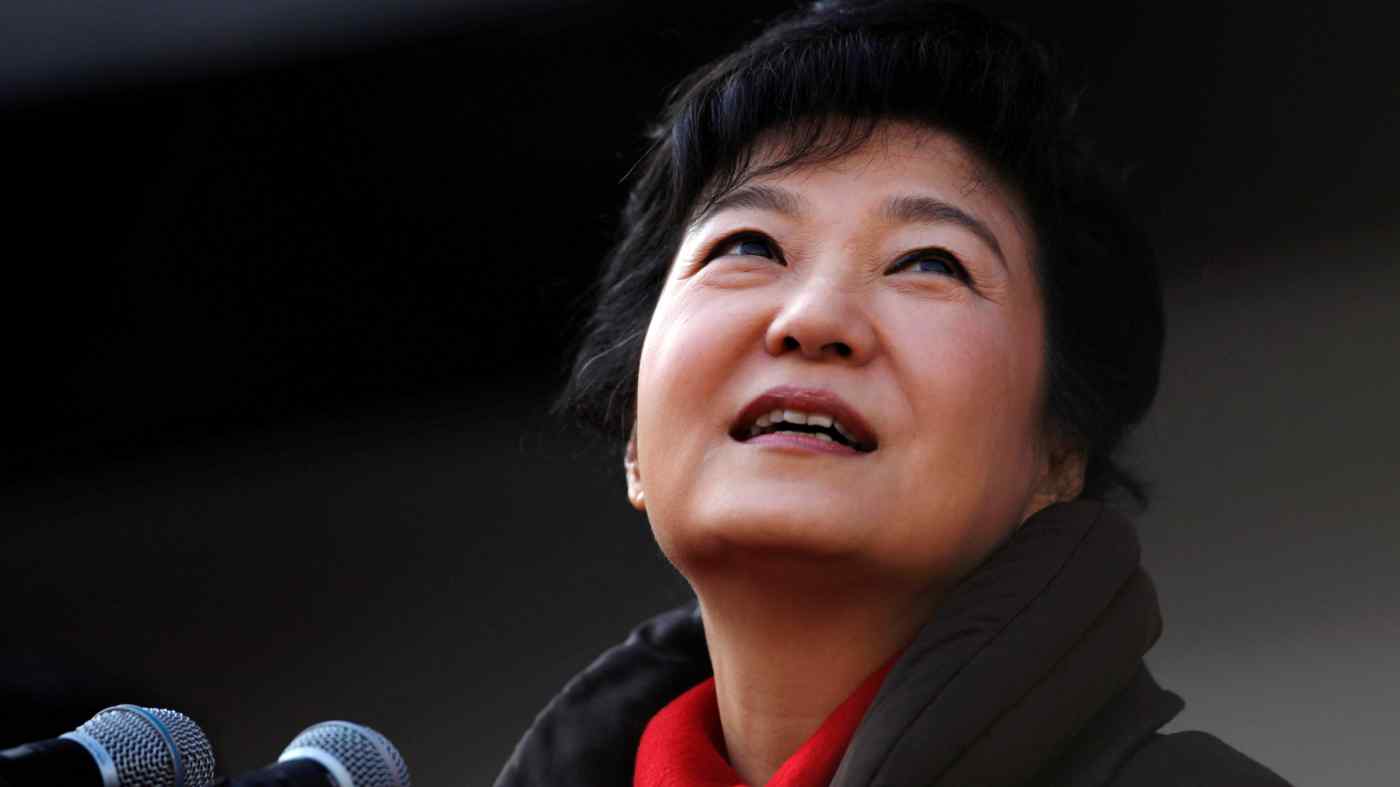 "I call on all of you who held up the taegukgi to join together as one around the existing giant opposition party," Park said in a statement issued through a lawyer. Conservatives have adopted the taegukgi, the South Korean national flag, as a symbol in recent years.

The statement was taken as her endorsement of the United Future Party, formed through the February merger of three parties including then-opposition leader Liberty Korea Party, which Park once spearheaded as the Saenuri Party.

The conservative camp remains divided over Park's impeachment in 2016, as well as her later removal and 25-year sentence on charges including bribery and abuse of power. The mainstream faction has since distanced itself from the disgraced leader, while Park supporters have refused to join the United Future Party and plan to launch a minority party of their own.

"I am disappointed by the giant opposition party, which makes and breaks alliances for political expediency," Park wrote. "But there is no other choice [than to unite] in order to expand the conservatives' clout."

The new coronavirus has dealt a blow to the ruling progressive government, with 1.4 million now petitioning for Moon's impeachment on the president's office website. The administration's disapproval rating rose to 51% in a Gallup Korea poll released Friday. But approval for the United Future Party also fell.

A spokesperson for the United Future Party welcomed the ex-president's statement, saying: "President Park opened the door for a union to judge the Moon administration and rebuild the country."