Jakarta gives public transport a lift in the age of Uber

Officials want 'angkot' public minivan to hold their own vs. ride-hailing apps 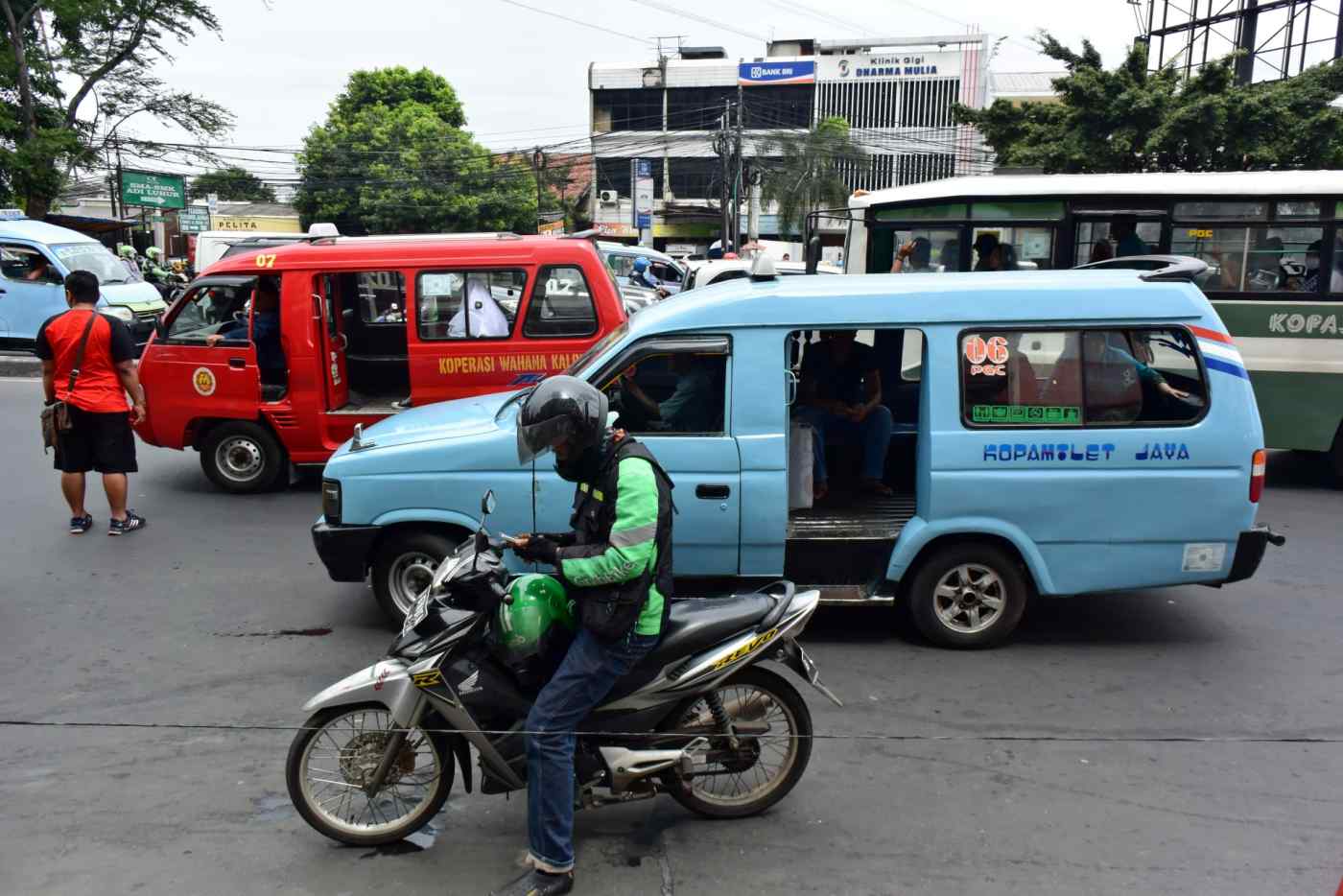 JAKARTA -- For many Jakartans, ride-hailing apps have become the go-to option for getting around Indonesia's notoriously congested capital. Now, the local government is taking action to counter a consequence of this innovation: the dwindling number of passengers using public transportation.

One focus is the future of the angkot, a type of public public minivan that has long been an essential part of life for commuters. In the evenings, these red or aqua vehicles can be seen shuttling passengers -- up to 11 at a time -- back to the residential neighborhoods of northern Jakarta.

But the angkot industry is struggling to cope with competition from the likes of U.S.-based Uber Technologies, Singapore's Grab and major local player Go-Jek, all of which offer affordable rides at the tap of a smartphone screen.

This state of affairs has created considerable tension between angkot drivers and their new rivals. Angry over falling revenues, some angkot operators have taken to the streets in protest. Local officials are scurrying to figure out ways for public transport and ride-hailing services to coexist in relative harmony.

In an attempt to lure back angkot riders, the Jakarta government in April effectively slashed rush-hour fares.

"I will probably pay much less in transportation fees thanks to this," said Heny, a company employee in her 40s, holding up a blue plastic card. "It's really helpful." Heny was holding a new pass sold by Transjakarta, the local government-run transit company. Released in April, the 15,000 rupiah ($1.13) monthly card gives holders unlimited use of angkots during peak commute times -- from 5 to 9 a.m. and from 4 to 8 p.m.

This is a major break for commuters who used to have to pay 4,000 rupiah per angkot ride.

For now, the new pass is limited to only certain routes in northern and eastern Jakarta. But the local government plans to expand it to other areas gradually.

Tied in with the unlimited ride program are measures to improve the quality of angkot services -- such as fines for tardy drivers. But Transjakarta has also sought to ease the financial burden on the people who make the system run.

Many angkots are operated by cooperatives, rather than the local government itself. The drivers are supposed to pay daily angkot rental fees, but Transjakarta is temporarily covering the fees on their behalf.

The government's effort to effectively bail out the angkot industry reflects the huge challenge of keeping the public minivans relevant.

Ride-hailing app users can call motorbike taxis from the comfort of their homes. Gone are the days of waiting in scorching heat for an angkot. With discounts, a 20km ride booked through one of the apps can cost as little as 87 cents.

The ride-hailing services charge uber-cheap fares because they are locked in a fierce battle for market share. They have the wherewithal to keep fighting because they have been procuring huge amounts of money from international investment funds.

Marwan, the angkot driver, lamented, "My revenue has been cut in half due to ride-hailing apps."

There are said to be over 13,000 angkots in Jakarta alone. These vehicles are more than just a means of getting around -- they play an important role in supporting the low-income segment of the population. And now the drivers feel their livelihoods are constantly under threat.

The simmering tension raises the risk of violence. In March, an angkot driver allegedly rammed a ride-hailing motorbike driver in Banten Province.

The last thing Jakarta wants is a long-lasting, serious confrontation between angkots and ride-hailing app drivers -- a conflict that could cause interruptions in Indonesia's business center and hurt investor sentiment.

At the same time, one could argue that the rapid proliferation of ride-hailing services in Jakarta stems from the slow development of public transport infrastructure.

Anies Baswedan, a former education and culture minister who won Jakarta's gubernatorial election on April 19, has advocated integrating the city's public transportation and introducing flat fares. Improving the public system through competitive strategies -- rather than regulation -- might help the capital finally shed its reputation as the city with the world's worst traffic jams.