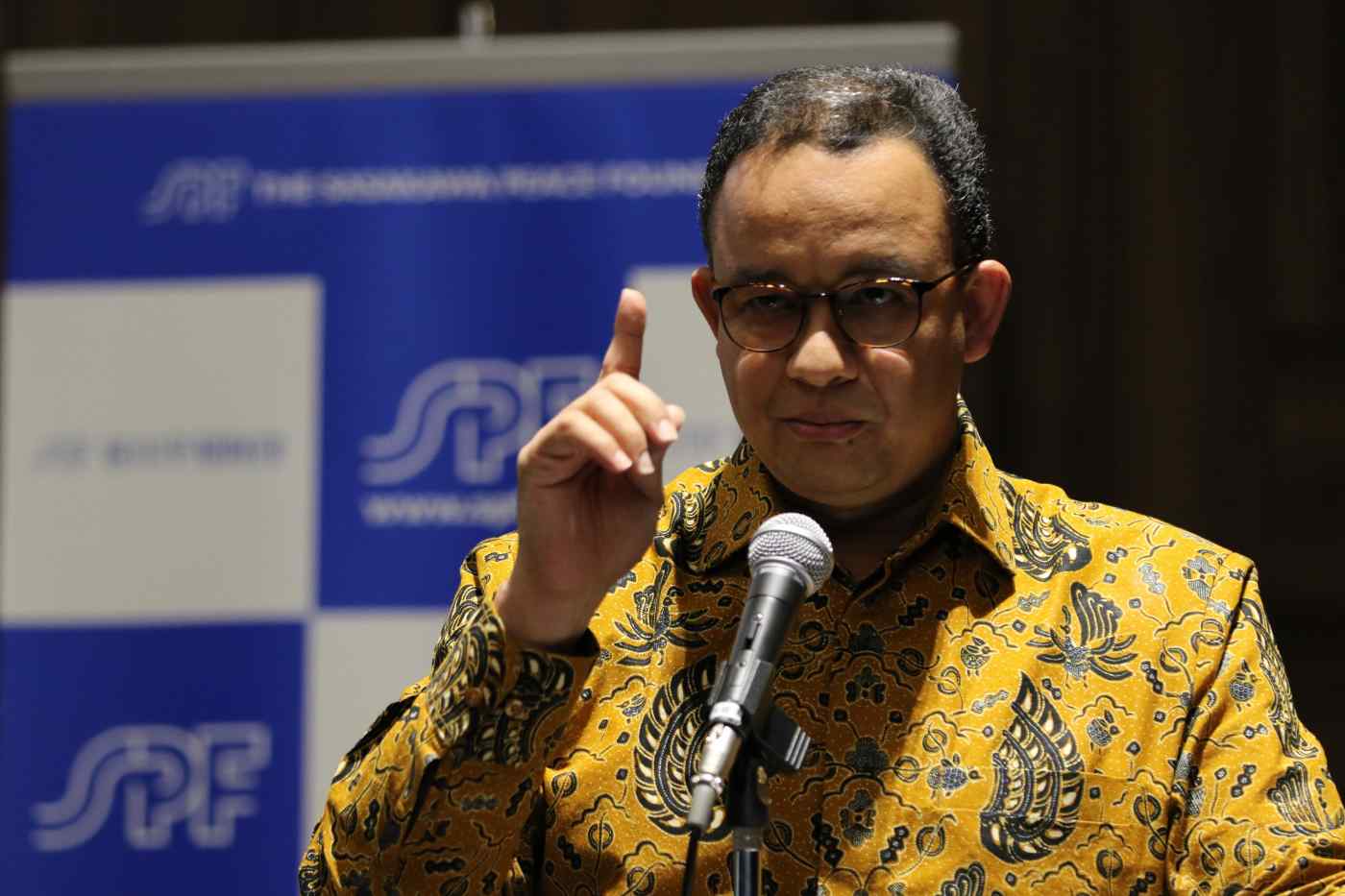 TOKYO -- Jakarta's governor-elect envisions collaborating with citizens to tackle social issues, comparing his approach to Wikipedia, as he embarks on a difficult path to bridge Indonesia's socially divided capital.

"We would like to approach the challenge in Jakarta in a slightly different [manner from] the conventional way ... what we call a movement-based development approach," Anies Baswedan said Wednesday in a conference organized by the Sasakawa Peace Foundation in Tokyo.

The governor-elect cited poverty, income disparity and a lack of quality education as among the problems that need to be addressed in Jakarta, saying that failing to do so would lead to social instability. 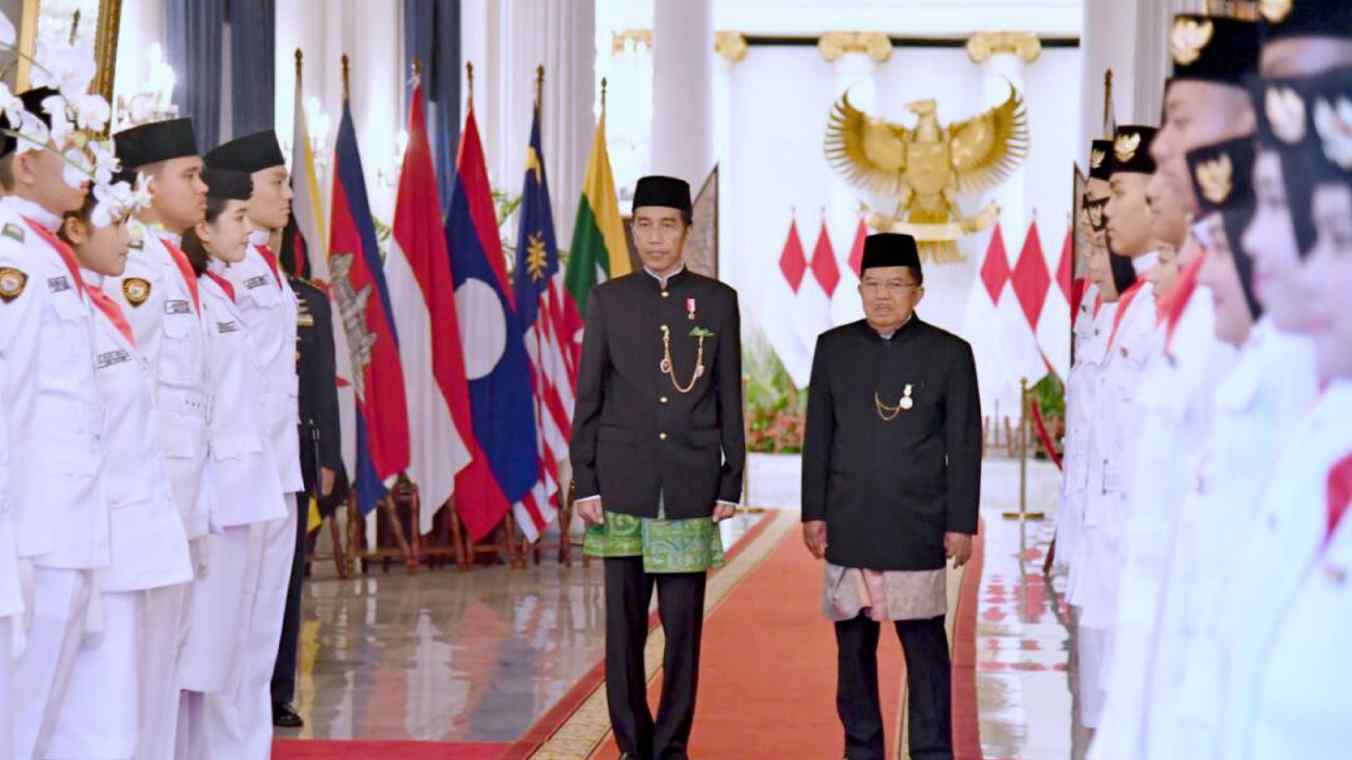 Baswedan said his "movement-based" approach was about inviting citizens "not only to participate but collaborate" in creating solutions.

"[The] movement approach is Wikipedia. They provided the platform and allowed everyone to participate, fill in the entry, provided the information -- and it has created a very rich information [source]," he said. "Today, we are entering a 21st century in which the citizens of a city, with its connectivity, are able to interact among themselves. And between those people and the government, those interactions can translate into cooperation for the betterment of a community, of a society, of a nation."

This will be achieved, Baswedan said, by inviting professionals who work in Jakarta to come together with the city government to solve the challenges in particularly problematic areas.

But bringing Jakarta's citizens together will be difficult after the city became divided both religiously and ethnically in the lead-up to the gubernatorial election after Baswedan's opponent, incumbent Basuki Purnama, was embroiled in a blasphemy scandal.

Purnama, better known by his nickname Ahok, was Jakarta's first ethnic-Chinese Christian governor in the majority-Muslim nation. He was accused of insulting a Quranic verse, and a protest against Ahok in November turned violent and left casualties. December saw 300,000 Muslims join prayers in the capital, demonstrating strength through numbers. Ahok was found to be guilty of blasphemy in May, and the ousted governor was sentenced to two years in prison for blasphemy and inciting violence.

Baswedan himself was accused of actively courting Islamic votes to gain an edge over his opponent in what was a tight race at the time. His opposition saw irony in that Baswedan had published a paper during his Ph.D. years at Northern Illinois University in the U.S. back in 2004, noting that "fertile ground exists [in Indonesia] for Islam-friendly political parties to attract considerable support from 'Muslim' voters."

The heightened religious and ethnic tensions have hampered foreign investment in Indonesia, with the latest data showing a meager 0.9% growth on the year in the January-March quarter. The government, growing wary of the rising religious rigidity and the harm it could inflict on economic growth, began an advertising campaign that uses the slogan, "I am Indonesia, I am Pancasila," citing the national philosophy that acknowledges diversity.

"Three months [after the] election, Jakarta is peaceful. We don't see chaos, we don't see violence," Baswedan said. "Indonesia has been the home of Muslims for centuries, and it has been a country that respects diversity, provides hospitality and, looking at what we have gone through, we will continue to do that.

"We have never campaigned on the issue of identity," he said. "Yes, Indonesia continues to be more religious -- I think I wrote that in the paper 13 years ago, that it is increasingly religious as a society, but the political system itself, would continue to be non-religious based. It will be a democracy, and respect for diversity should always be there."