James Stavridis: An expert's assessment on US options over North Korea 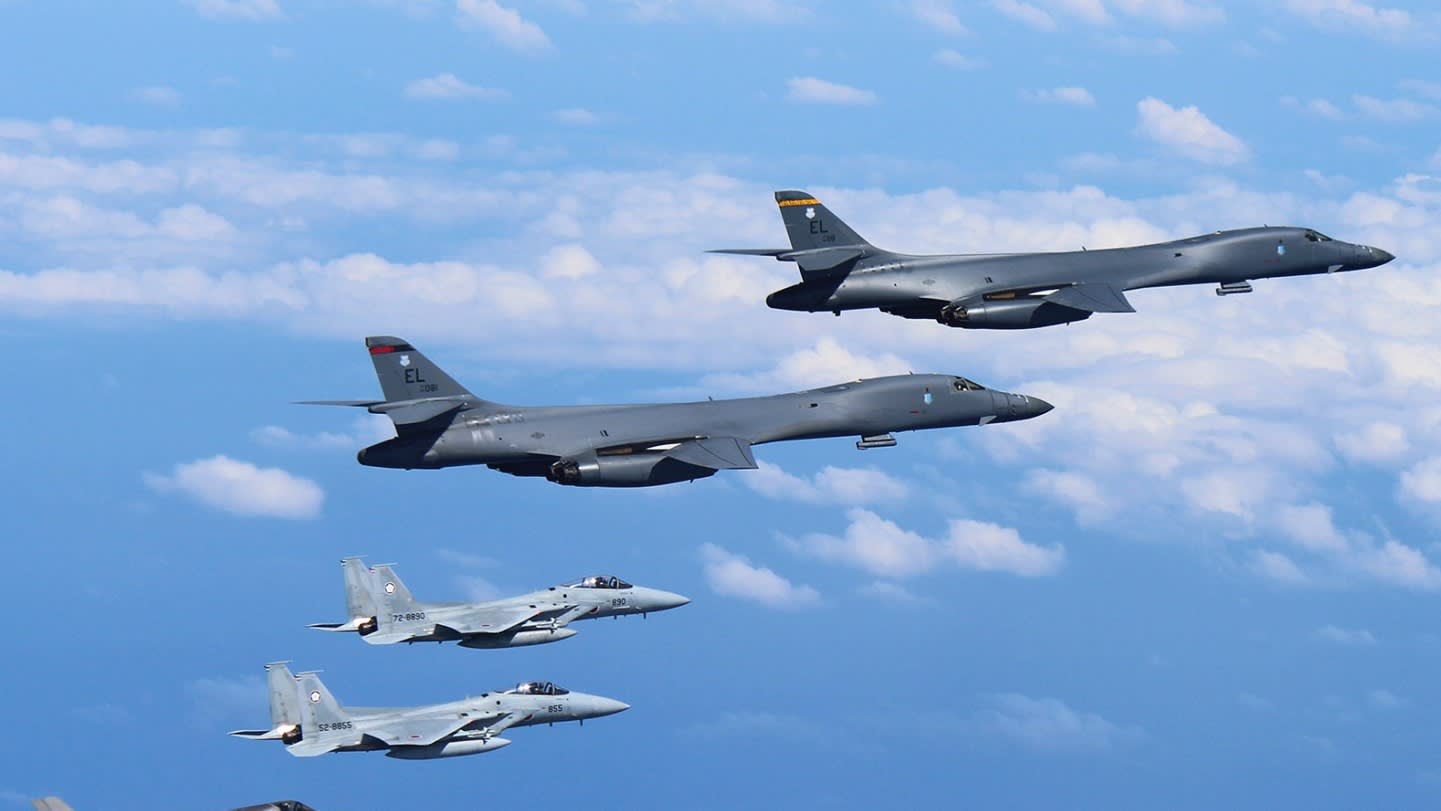 At the United Nations, U.S. President Donald Trump shocked most of the U.N. General Assembly by threatening to "totally destroy" North Korea to end the "suicide mission" of its "Rocket Man" leader. North Korea has threatened to create a "sea of fire" in both South Korea and the U.S. On Sept. 23, U.S. B-1 bombers flew close to North Korea's east coast on what the Pentagon said was a mission to demonstrate the military options available to Trump. The U.S. president warned that Kim Jong Un and his foreign minister, Ri Yong Ho, "won't be around much longer" if they continue their rhetoric.

FIRST STEPS At the lower end of the spectrum of force, the first set of options would dramatically increase missile defense, both in South Korea and on U.S. territories such as Guam. This would include three elements: greater deployment of the Terminal High Altitude Area Defense system, an anti-ballistic missile system for broad area coverage; more Patriot missile batteries ashore for defense of specific locations; and at-sea Aegis missile defense, which has the best overall kill ratio against incoming targets and extreme flexibility in positioning.

Beyond bolstering missile defense, the Pentagon will look at how to implement a full-blown naval blockade. This would reduce outgoing exports, helping choke the North Korean economy, prevent incoming shipments of oil and oil products, and stop exports of North Korean weapons, a source of cash for the regime. Such a blockade would require a couple of dozen smaller surface ships (destroyers, frigates, corvettes), as well as an aircraft carrier for air cover and a large command-and-control ship to run the complex operation.

Moving up the spectrum, next would be a focused offensive cyber campaign. This would be a nonlethal option, and could be used broadly against North Korean infrastructure (electricity, internet, hydroelectric dams) or specifically against the weapons program (both conventional and nuclear). While the U.S. has the best suite of offensive cyber tools globally, this is still a difficult option to execute. LETHAL ACTIONS Moving into classic options involving the use of lethal force, the most difficult but least violent would be to use special forces to conduct an attempted leadership "decapitation," or to conduct a mission to destroy a critical portion of the North Korean weapons program. The big challenge here is intelligence; knowing where Kim is at any given moment is nearly impossible, and the U.S. is unsure that it has a complete picture of the North Korean weapons network, including storage, laboratories and transportation grids to move them. Another worry here would be a sense on the part of Kim that such a mission was closing in on him, leading him to lash out and escalate significantly.

In ascending order of escalatory conventional airstrike options, the planners would begin with North Korean military bases outside of the capital; North Korean naval vessels at sea or in port; known military transportation hubs; military communication stations and antennae; military targets in the capital; the nuclear facilities; or the leadership, e.g. Kim Jong Un. Moving higher and higher on that list is problematic as it gradually increases the chances (and eventually the certainty) of a counter-strike by Kim. Once such a pattern of escalation is underway, it will be difficult to control. These strikes would be precision-guided and probably limited to 2,000-pound bombs.

At nearly the highest level of force would be the use of Massive Ordnance Air Blast munitions, more commonly known as the "mother of all bombs." Used in Afghanistan against cave complexes and targets in the open, this is a weapon that can truly begin to degrade Kim's deeply buried, highly hardened targets, including his nuclear forces, special command and control bunkers, and personal "safety locations." Using this would be highly escalatory, and it is hard to imagine Kim not responding with direct attacks against South Korea.

Finally, of course, would be the use of tactical nuclear weapons. This would have huge political and humanitarian implications, even if used very carefully against only North Korean nuclear weapons facilities away from any potential collateral damage to civilians. The negative re-action from the global community would be extreme, and it is hard to estimate the final political cost the U.S. would pay for being the first to use nuclear weapons in this conflict.

QUITE A FEW CAVEATS It is worth pointing out that any of the options described above will probably be presented to the president and secretary of defense with quite a few caveats. Some of the key ones will include the inability of the U.S. military to control escalation once their use begins; the need to coordinate carefully with Washington's South Korean allies; the possibility of unpredictable responses from China and Russia; and the risk to U.S. forces and citizens in South Korea. This will not be a set of options the U.S. military will want to execute, but their duty to the chain of command is absolute and they will certainly be ready to "fight tonight" if called upon.

James Stavridis is a retired four-star U.S. Navy admiral and NATO supreme allied commander, who is now dean of the Fletcher School of Law and Diplomacy at Tufts University in Massachusetts. He spent over half of his naval career in the Western Pacific.