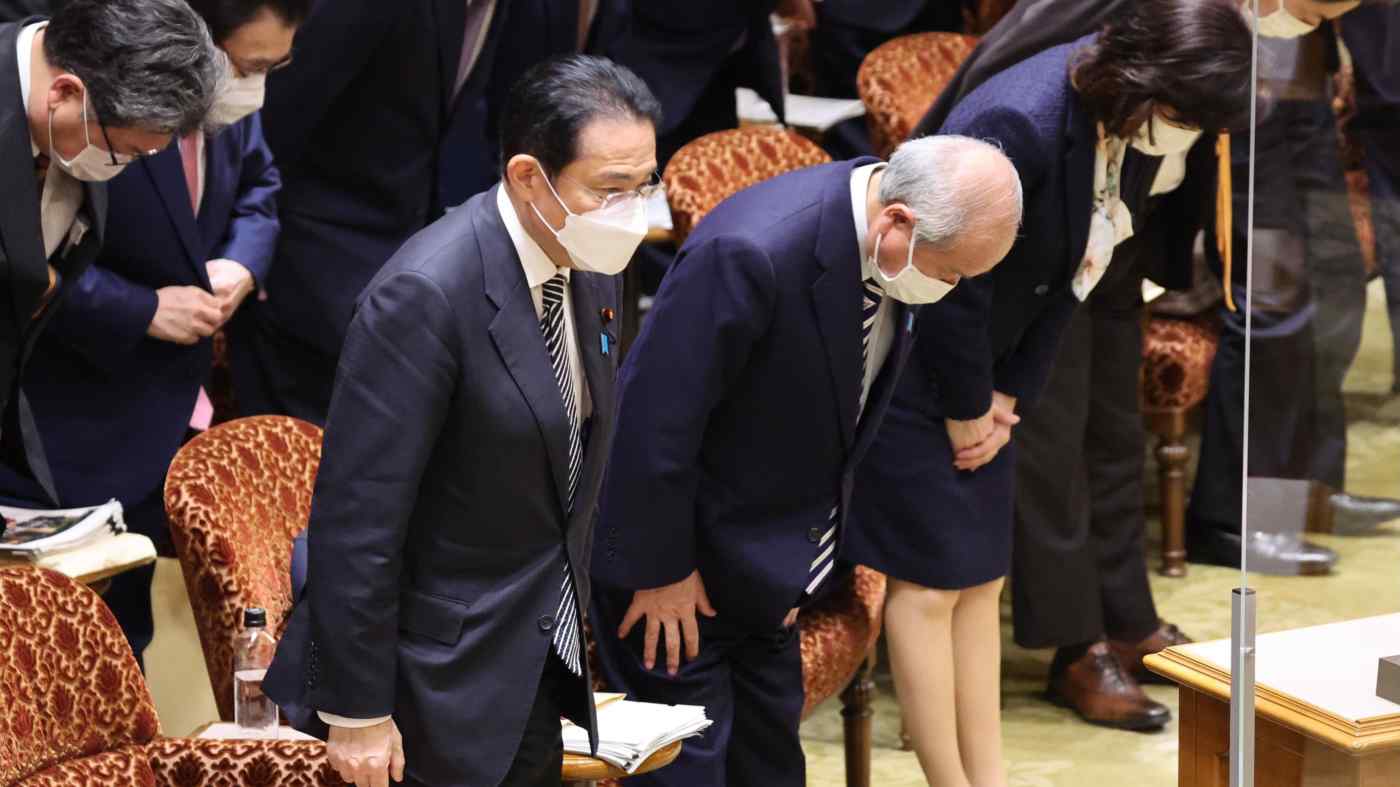 Prime Minister Fumio Kishida bows after the passing of the fiscal 2022 budget which sets aside the biggest-ever spend on social security and defense.
March 22, 2022 17:25 JST | Japan
CopyCopied

The House of Councillors passed the budget for the year starting on April 1, following its approval by the House of Representatives in late February.

After securing the support of one of Japan's minor opposition parties, a rare occurrence, it is the third-earliest enactment of an initial budget under Japan's postwar Constitution.

The general-account budget for the upcoming fiscal year is at a record level for the 10th straight year. In the largest-ever spend on social security, 36.27 trillion yen will serve Japan's rapidly aging population. The sum is up from 35.83 trillion yen in the previous year, accounting for over a third of total expenditure.

To deal with the pandemic, the government set aside 5 trillion yen as reserve funds for future responses, the same amount dedicated in fiscal 2021. The funds can be spent without Diet approval.

In addition to Prime Minister Fumio Kishida's Liberal Democratic Party and its junior coalition partner Komeito, which control both houses of parliament, the budget was also backed by the opposition Democratic Party for the People.

DPP leader Yuichiro Tamaki said the small opposition party supports the budget, as it did in the lower house, because Kishida promised to consider activating a "trigger clause" that would temporarily cut gasoline taxes when crude oil prices soar.

After the enactment of the fiscal 2022 budget, the government and the ruling coalition plan to compile a relief package amid ballooning fuel costs.

Kishida has said the government is committed to achieving a primary balance surplus by 2025, but it may take longer to achieve the goal due to the nation's high dependence on borrowing to finance expenditure.

For the fiscal 2022 budget, the new bond issuance will be 36.93 trillion yen, down from 43.60 trillion yen from the previous year's initial budget. For debt-servicing costs, 24.34 trillion yen is allocated, up from 23.76 trillion yen a year earlier.