TOKYO -- Japanese Prime Minister Shinzo Abe announced his resignation on Friday, saying his declining health would make it difficult to carry on.

"I decided that I should not stay in the position of prime minister as I am no longer able to perform my duty confidently," Abe told reporters.

The prime minister, who is a few weeks shy of his 66th birthday, reached the decision following two visits to a Tokyo hospital in quick succession. He said he made up his mind on Monday after the second of those visits.

"I made the decision by myself," he said, adding that he would stay on as a lawmaker.

Before the late-afternoon news conference, Abe conveyed his intentions to members of his ruling Liberal Democratic Party, according to the LDP's secretary general for the upper house, Hiroshige Seko. Seko quoted Abe as saying: "I have been suffering from ulcerative colitis again, and there is a risk the illness will deteriorate. Therefore, I have decided to resign."

Abe's cabinet will resign en masse as soon as the LDP elects a new president. The party is likely to hold the vote in September.

Word of Abe's plan to quit sent the Nikkei Stock Average plunging in afternoon trading. The benchmark index dropped over 600 points, or 2.6%, at one point before rebounding to close down 1.4% on the day. The yen strengthened to 106.11 per dollar.

Some had called on Abe to step down as the country faces the dual challenges of preventing the spread of COVID-19 and revitalizing the economy. Although he is Japan's longest-serving prime minister, he is set to leave office without achieving his key goal -- revising the nation's pacifist constitution.

"I cannot regret enough about leaving office without finishing off the projects I had embarked on, such as signing a peace treaty with Russia or making amendments to the nation's constitution," Abe said on Friday, acknowledging that his call for constitutional reform "didn't gain traction among the public." He also expressed sorrow over his inability to secure the return of Japanese nationals abducted by North Korea. 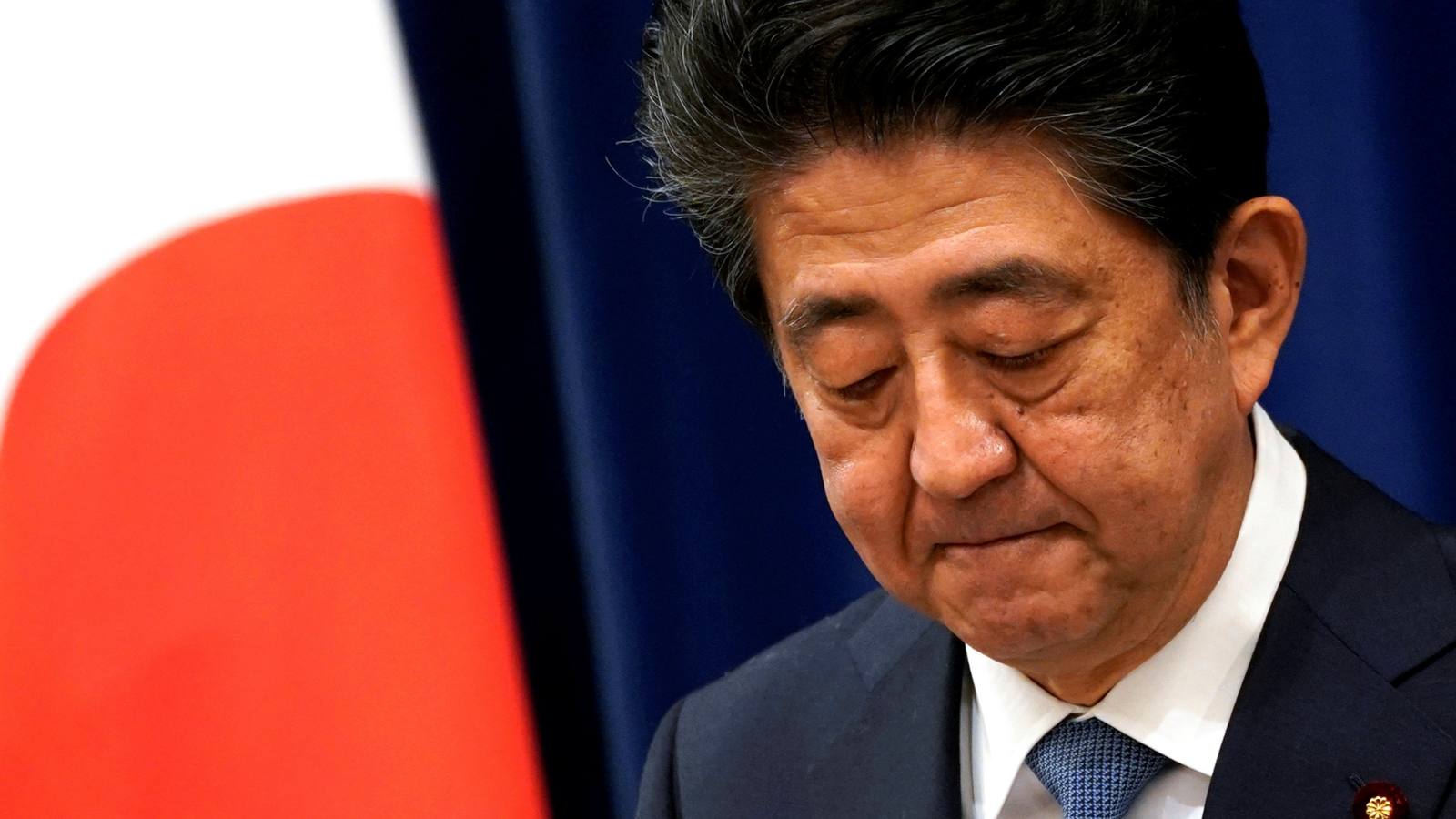 But at the same time, Abe said his government had created more than 4 million jobs, helped more women and seniors join the workforce, and strengthened Japan's alliance with the U.S. He also said he was proud of how his active diplomacy led to the Trans-Pacific Partnership trade pact.

Now, he said, is the right time to hand over responsibility "in order to avoid a political vacuum amid the coronavirus crisis."

He noted that the coronavirus resurgence that began in July has started to ease and his government has put together a new package of measures to deal with the pandemic ahead of the winter flu season. "We have responded to the crisis as we gained insights about the virus," he said, stressing Japan's numbers of deaths and serious cases are relatively low.

Abe, who abruptly ended his first stint as prime minister due to the same battle with colitis in 2007, has led the government since December 2012. But the social and economic toll of the pandemic has made this year particularly challenging.

Abe decided to forego his annual summer vacation at his villa in the Yamanashi prefectural village of Narusawa. The prime minister reportedly complained to aides of fatigue, and members of the media noticed him walking with difficulty.

"My condition turned since the middle of last month, causing my body to be physically quite exhausted," Abe explained at Friday's briefing. Echoing what he told LDP members, he said, "Early this month, I was diagnosed with a relapse of ulcerative colitis."

The LDP has already begun preparing to choose a new party president.

Former LDP Secretary General Shigeru Ishiba is likely to run, along with LDP Policy Research Council Chairman Fumio Kishida. Abe refrained from naming his preference to take the reins, saying, "It's not something I should comment about."

Typically, the party would hold a leadership vote among lawmakers and regular members. In the past, the campaign period has usually lasted seven to 12 days. Another option would be to hold an election involving lawmakers from both Diet chambers and representatives of Japan's 47 prefectures.

The term of Abe's successor will expire at the end of September 2021, when Abe's term would have ended.

In the interim, there is a possibility that the government will recommend Chief Cabinet Secretary Yoshihide Suga or Deputy Prime Minister and Finance Minister Taro Aso to take over the current cabinet.