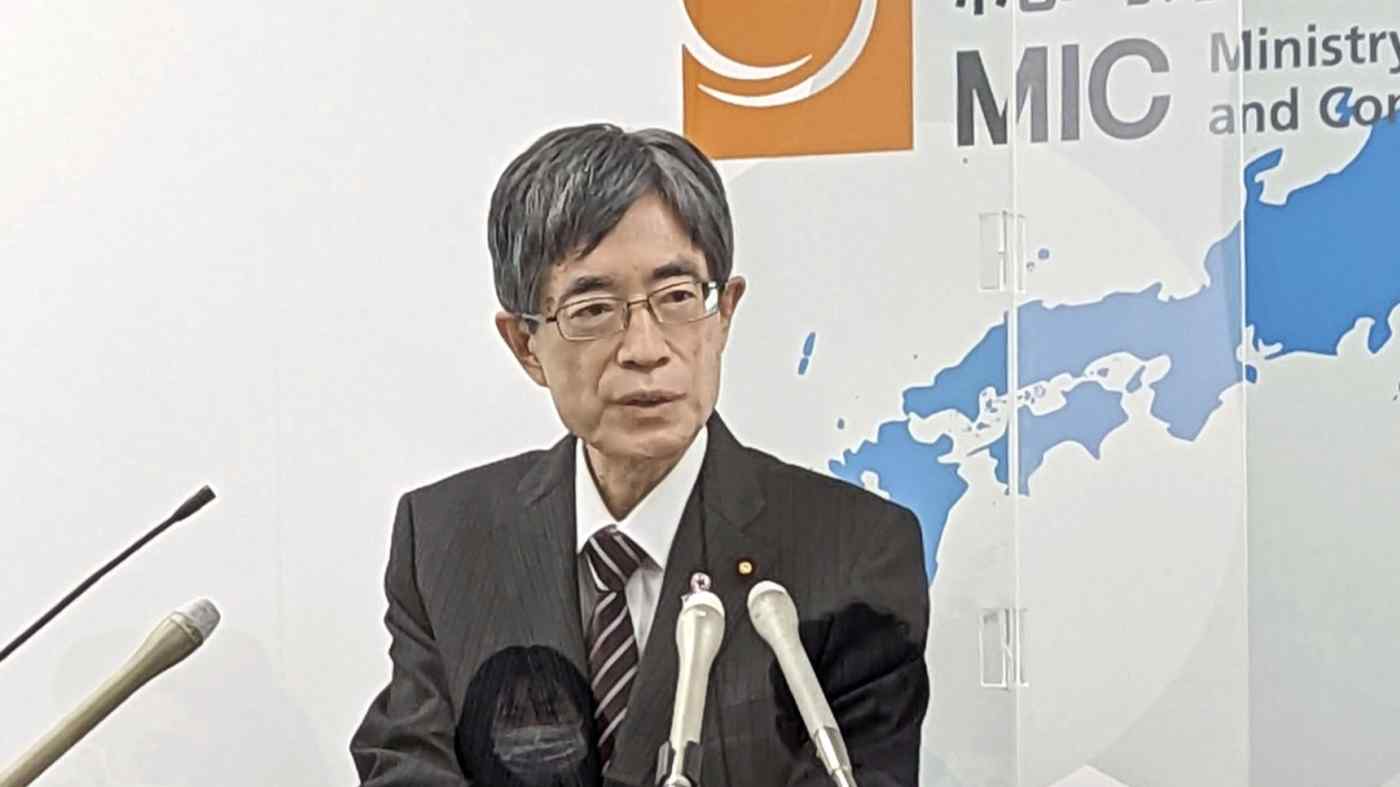 TOKYO (Kyodo) -- Japanese Prime Minister Fumio Kishida sacked internal affairs minister Minoru Terada on Sunday, as pressure built on the premier to fire him over a funds-related scandal amid falling support ratings for his Cabinet.

Terada's departure is a fresh blow to Kishida as he became the third Cabinet minister to go in under one month. Two other ministers left their posts as the result of a gaffe or close ties to the controversial Unification Church.

Terada told reporters after meeting with Kishida at the prime minister's official residence that he did not want to be an obstacle to the government's legislative efforts during the ongoing parliamentary session.

Kishida told reporters that Terada's successor will be announced on Monday morning.

The premier had returned to Tokyo on Saturday night after attending international gatherings including the Group of 20 summit on Indonesia's resort island of Bali.

Terada, a House of Representatives member from the LDP who oversaw election-related affairs and the communications industry as minister, has lately been the subject of weekly magazine reports alleging misuse of political funds, prompting calls for his resignation from opposition parties who saw him as unfit to supervise election-related laws.

The Shukan Bunshun magazine has reported that Terada paid around 40,000 yen ($280) as rewards to six local assembly members in his constituency in Hiroshima Prefecture for their support in his election campaign in October last year. Such payments are prohibited by the public offices election law.

Among other cases, Terada has acknowledged a report by the weekly that found one of his support groups submitted to a local government annual political funding documents for 2019 and 2020 that were signed off by a person who died in October 2019.

The political funds control law stipulates that when a person who signed off on a document dies, a support group has to report the death to the local government within seven days. This was not adhered to by the group.

Terada, a close aide to Kishida who served as a special adviser to him before assuming the Cabinet post, has insisted that he was not responsible for the documents as the support group is headed by someone else.

A former Finance Ministry bureaucrat, Terada belongs to Kishida's faction within the LDP. Both Terada and Kishida represent constituencies in Hiroshima Prefecture. The 64-year-old has previously held such posts as the senior vice minister of internal affairs.

Like Terada, the two other Cabinet ministers that departed the Kishida Cabinet in recent weeks were, in effect, dismissed by the prime minister.

Economic revitalization minister Daishiro Yamagiwa was forced out in late October over his close ties with the controversial religious group. Justice Minister Yasuhiro Hanashi lost his post earlier this month for remarks widely seen as making light of his role in authorizing executions of death-row inmates.

The Kishida Cabinet's approval ratings have plunged, largely owing to the revelation of deep ties between LDP lawmakers and the Unification Church in the wake of the assassination of former Prime Minister Shinzo Abe.