China, US and South Korea grapple with a post-Abe Japan 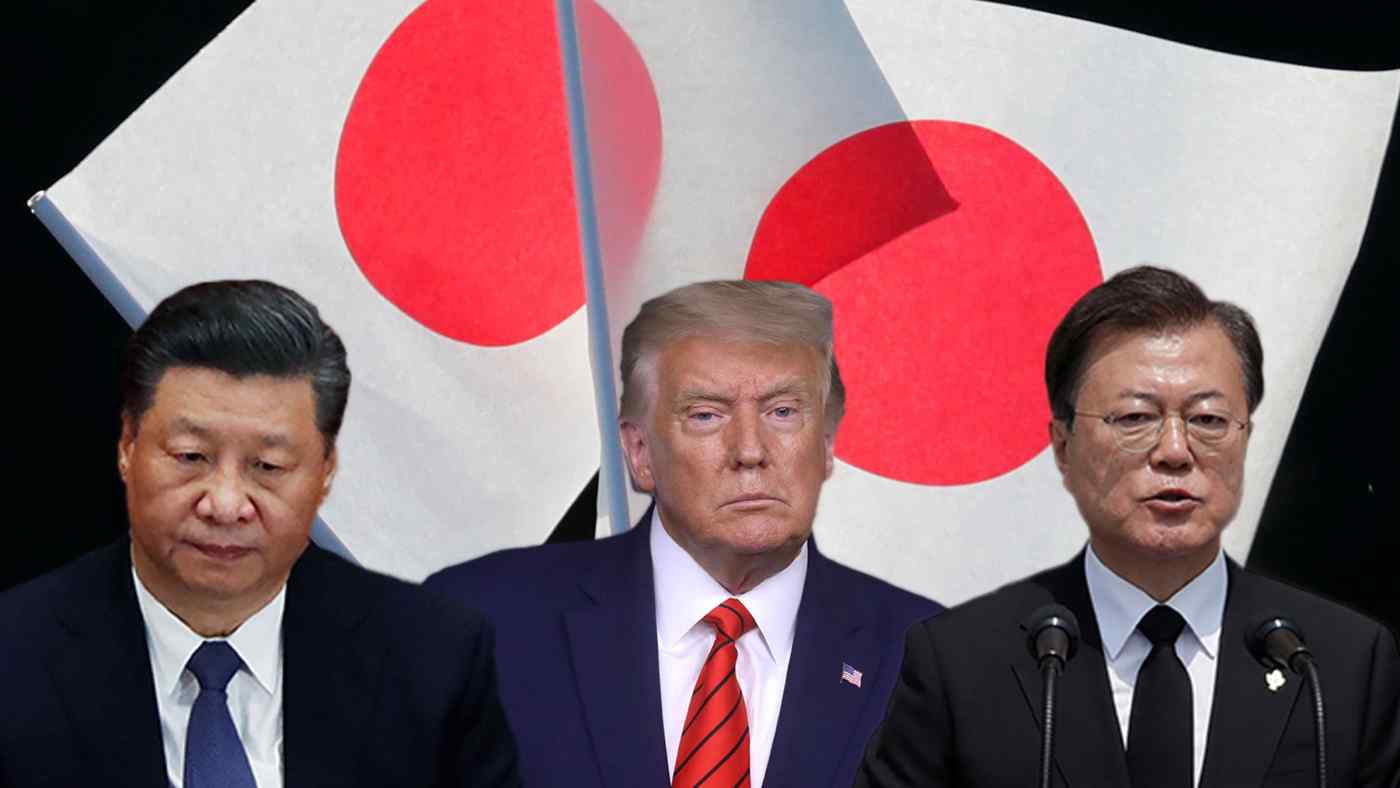 TOKYO -- With Prime Minister Shinzo Abe stepping down, Japan's neighbors and partners are faced with the question of who comes next and how much of Abe's foreign policy his successor will retain.

The article reflects Beijing's hope for a more China-friendly successor to Abe. Ishiba has lodged a complaint with the ruling Liberal Democratic Party's foreign affairs division over its push to cancel a state visit by Chinese President Xi Jinping. China has hoped the still-delayed visit will turn a new page in bilateral relations.

A separate article by the Communist Party-affiliated Global Times called it important for China to sway Japan to its side, especially as the U.S. creates an international coalition against Beijing.

"Find out how likely it is for Japan's new leadership to retaliate economically against South Korea," he told staffers.

Bilateral tensions have risen over the issue of South Koreans forced to work for Japanese companies during World War II, as businesses like Nippon Steel face a growing possibility that their assets will be liquidated by South Korean courts as compensation.

"Japan is going to maintain a tough stance on the issue regardless of who becomes prime minister, but there could be room for negotiation with Ishiba," a source familiar with the matter told Nikkei.

Abe's foreign policy centered on maintaining a steadfast alliance with Washington. President Donald Trump appeared more focused on Abe's decision to step down than on his successor, especially as Trump himself faces the possibility of leaving the White House should he lose the presidential election in November.

"He loves his country so much, and for him to leave, you know, I just can't imagine what it is," Trump told reporters aboard Air Force One on Friday.

Biden is not particularly close to Abe compared with Trump, or even with former President Barack Obama. But Biden referred to the departing Japanese leader as a "friend," likely to show voters that he values traditional U.S. allies, unlike Trump.

At home, longtime Abe lieutenant and Chief Cabinet Secretary Yoshihide Suga is widely viewed as most likely to become the next prime minister. But Suga remains much less known overseas than Abe, who built a global profile through aggressive diplomatic engagements during his record-long tenure.

Foreign outlets have begun homing in on Suga to get a better sense of the front-runner, with The Washington Post calling him a "Mr. Fix-it," and The Guardian referring to Suga as a "poker-faced loyalist" to Abe.