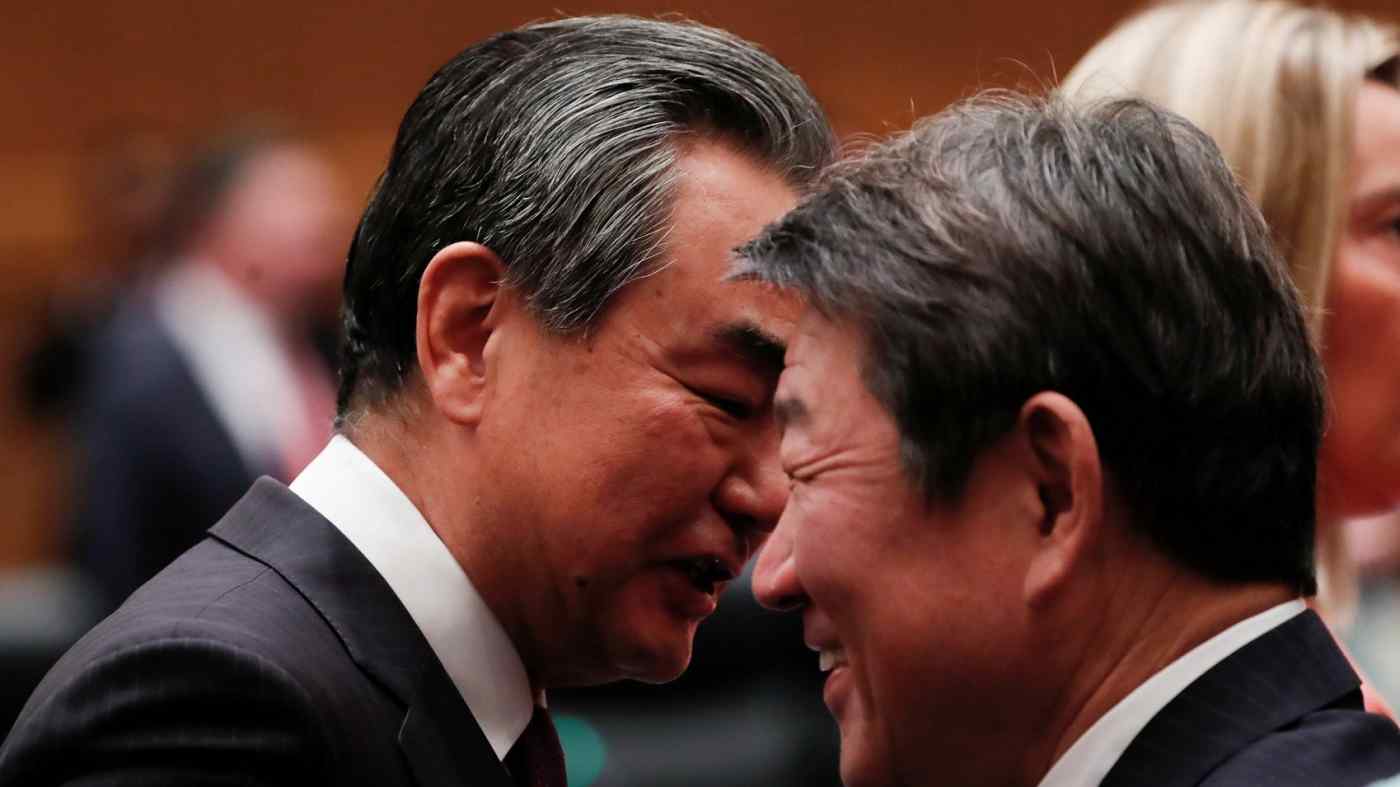 TOKYO -- Beijing looks to have an early assessment of the new Japanese leader's China policy by sending its foreign minister next month.

The two governments are in talks for Wang Yi, a fluent Japanese speaker and former ambassador to Tokyo, to visit Japan and meet his counterpart, Toshimitsu Motegi. Wang is likely to meet Prime Minister Yoshihide Suga during the trip as well, making it the first face-to-face interaction between senior officials of the neighboring countries since the Suga administration entered office this month.

It would be the first exchange since China's top foreign policy official Yang Jiechi, a member of the Communist Party Politburo, visited Japan in February as the two sides were preparing for President Xi Jinping's first official visit to the country. That trip was postponed due to the coronavirus pandemic.

Motegi and Wang are expected to reaffirm the importance of maintaining a stable bilateral relationship and discuss topics of concern such as the Senkaku Islands and Beijing's new national security law for Hong Kong. The Chinese side looks to establish a good relationship with Suga amid rising U.S.-China tensions that risk dividing the region into two camps.

Though Suga positions the Japan-U.S. alliance as the linchpin of his country's foreign policy, the new prime minister has said he wants to continue dialogue with China to resolve the issues between them.

U.S. Secretary of State Mike Pompeo, who plans a visit to Japan in early October, is likely to be the first foreign official Suga meets. Wang's visit would follow.

During Pompeo's visit, Japan will host a foreign ministers meeting of the Quadrilateral Security Dialogue, or "Quad," an informal strategic forum among the U.S., Japan, Australia and India. China will feature prominently in those talks, including the militarization of the South China Sea, the political situation in Hong Kong and issues regarding economic security.

The calendar suggests the Suga government intends to meet first with its main ally, the U.S., as well as semi-allies Australia and India, to form a united front, and then balance its diplomatic position by meeting with China. Suga's phone call with Xi on Friday, likewise, came after calls with the leaders of the three Quad partners.

The top issue for Japan and China will be Xi's postponed state visit. With headwinds growing in the ruling Liberal Democratic Party against inviting the Chinese leader at this stage, the government has been unable to press ahead on preparations with the Chinese side.

There was no reference to the state visit in Friday's Xi-Suga call.

In the call, however, Suga suggested that the two countries coordinate closely through senior-level dialogue.

"Going forward, I want to thoroughly discuss issues that are of high interest to the region and the international community," he told Xi. Aides said Suga was referring to issues such as Hong Kong and the tensions in the East China Sea -- mainly over the Japanese-administered Senkakus, which China claims as the Diaoyu Islands.