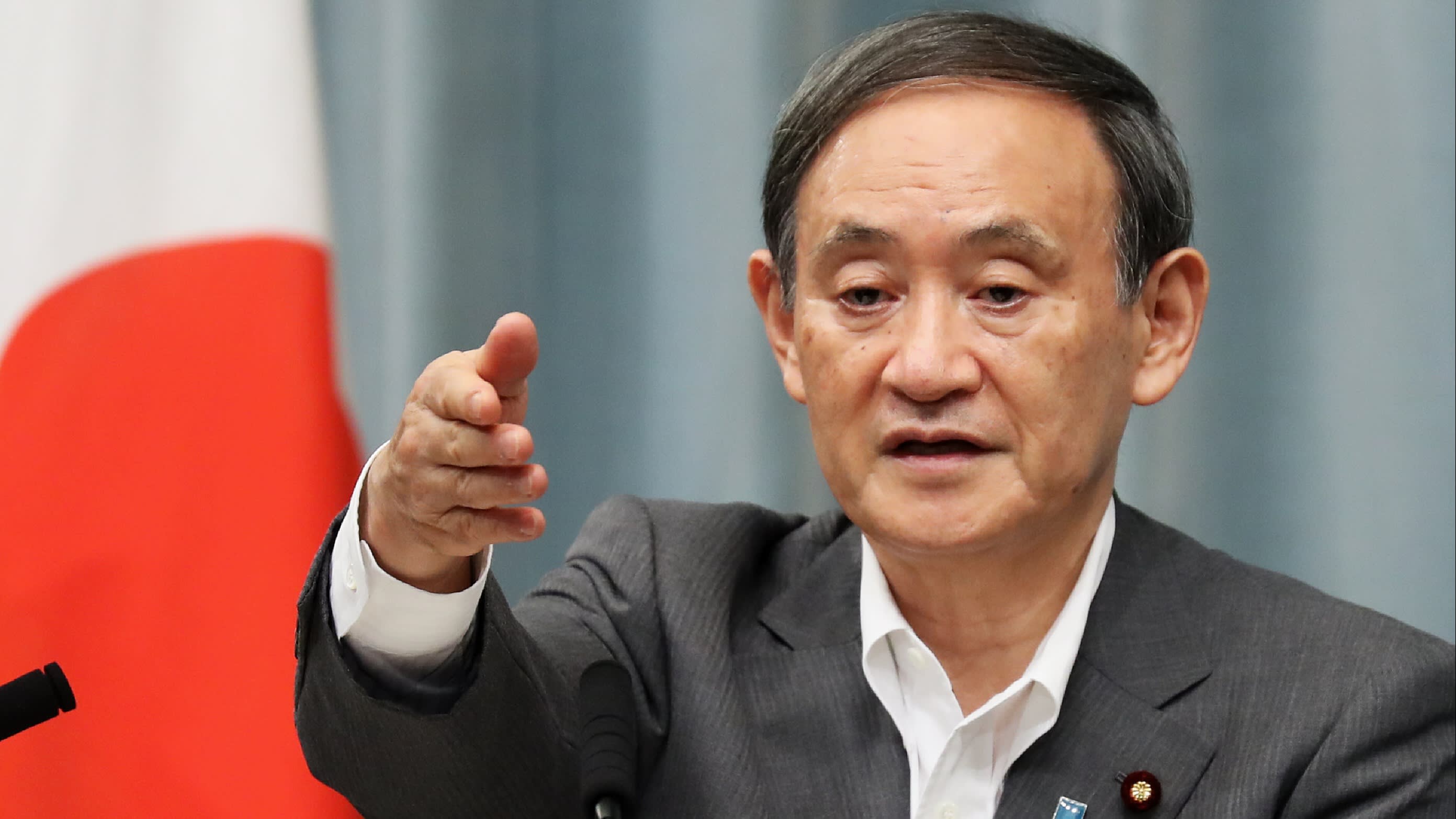 His protege, Fumio Kishida, an earnest but uninspiring party policy chief, would likely lose against popular former defense chief Shigeru Ishiba in a race to lead the ruling Liberal Democratic Party. Ishiba, Abe's archrival, would then become Japan's next leader.

His confidant, Finance Minister Taro Aso, had the same misgivings.

It was at this moment when the political wheels started turning to propel Abe's deputy, Chief Cabinet Secretary Yoshihide Suga, to the front of the succession race two months later.

Suga, 71, the perennial right-hand man to Japan’s longest-serving prime minister, now appears on the cusp of clinching the nation’s highest office. The ascent was enabled by a confluence of factors that eliminated other potential rivals. As Abe began having doubts, his allies were also concerned about Kishida's prospects. "Your continued support for Kishida could create a rift in our faction," Abe was told by a member of the Hosoda faction, where he had gotten his political start.

The LDP factions, ostensibly voluntary policy study groups, play a crucial role in party presidential elections by backing their leaders or other preferred candidates. They also help members in national elections and fundraising and lobby for key party and cabinet posts for members.

Abe knew he would need to have the undivided support of the party's largest faction to maintain his clout after stepping down. With Kishida losing favor, the next big question was whether the popular Defense Minister Taro Kono would run.

The 57-year-old Kono is a member of the Aso faction, the party's second-largest faction, and a rising star in Japanese politics. He previously served as foreign minister, known for speaking fluent English and for his active presence on Twitter.

Abe started checking in with Aso regarding Kono's intentions in August. Every time, Aso would respond that Kono "still needs more experience to become a good prime minister."

Convinced that Aso would advice Kono against running now, Abe prepared to step down and throw his support behind Suga, his longtime lieutenant. Toshihiro Nikai, the LDP secretary general, was quick to endorse Yoshihide Suga in the leadership race. (Photo by Uichiro Kasai)

LDP Secretary-General Toshihiro Nikai quickly realized the tide was shifting through his conversations with Abe and Aso, who had begun to talk about Suga more frequently than Kishida. The very same day Abe announced his resignation, Nikai summoned high-ranking members of his own faction and convinced them to back Suga.

Suga was also quick to capitalize on this momentum, driven both by his desire to avoid a political vacuum and by a bitter lesson from 22 years ago.

As a freshman lawmaker, Suga sided with an underdog candidate in the 1998 LDP leadership race. The candidate, Seiroku Kajiyama, ended up second against all odds, and Suga had always believed he could have won if he had started campaigning just a day or two earlier.

On Aug. 29, the day after Abe announced his resignation, Suga requested a meeting with Nikai. Once Nikai formally agreed to endorse Suga, others quickly rushed to his side. The chief cabinet secretary now had the support of five out of the LDP's seven factions.

Suga's rise is also symbolic of a greater decline in the influence of the LDP's factions. Suga was first elected to parliament in 1996 in Japan's first general election with single-seat constituencies. Prior to this, candidates would often end up competing for seats against fellow party members, and belonging to a powerful faction could be the difference between winning and losing. But the introduction of single-seat constituencies meant parties would only nominate one candidate per constituency, sapping the factions of influence and in turn strengthening the LDP headquarters. Even members of the LDP's biggest and most powerful factions now worry that they could be shut out of the next leadership team unless they side with the winning candidate, driving the rush to fall behind Suga.

Suga has not belonged to any faction within the party since 2009, and is the first unaffiliated LDP member to lead a leadership race since 1955.

"I didn't think I'd get to run in the leadership race without joining a faction," Suga told his supporters Monday, after informing them of his intentions to enter.

But cracks are already starting to form under the surface. The Hosoda, Aso and Takeshita factions held a joint news conference Wednesday to announce their support for Suga. Nikai had offered to be there as well, but was turned down.

"Nikai was the first one to turn this race into a performance," said a source familiar with the matter, explaining why the three factions decided to shut out Nikai. Tensions within the party are growing as different factions jockey for influence under Suga.

Suga is expected to maintain his lead until the vote on Sept. 14. But if he stumbles on getting the new government off the ground, the LDP members could quickly shift their focus to the next big thing in preparation for the general elections to be held in October next year at the latest.