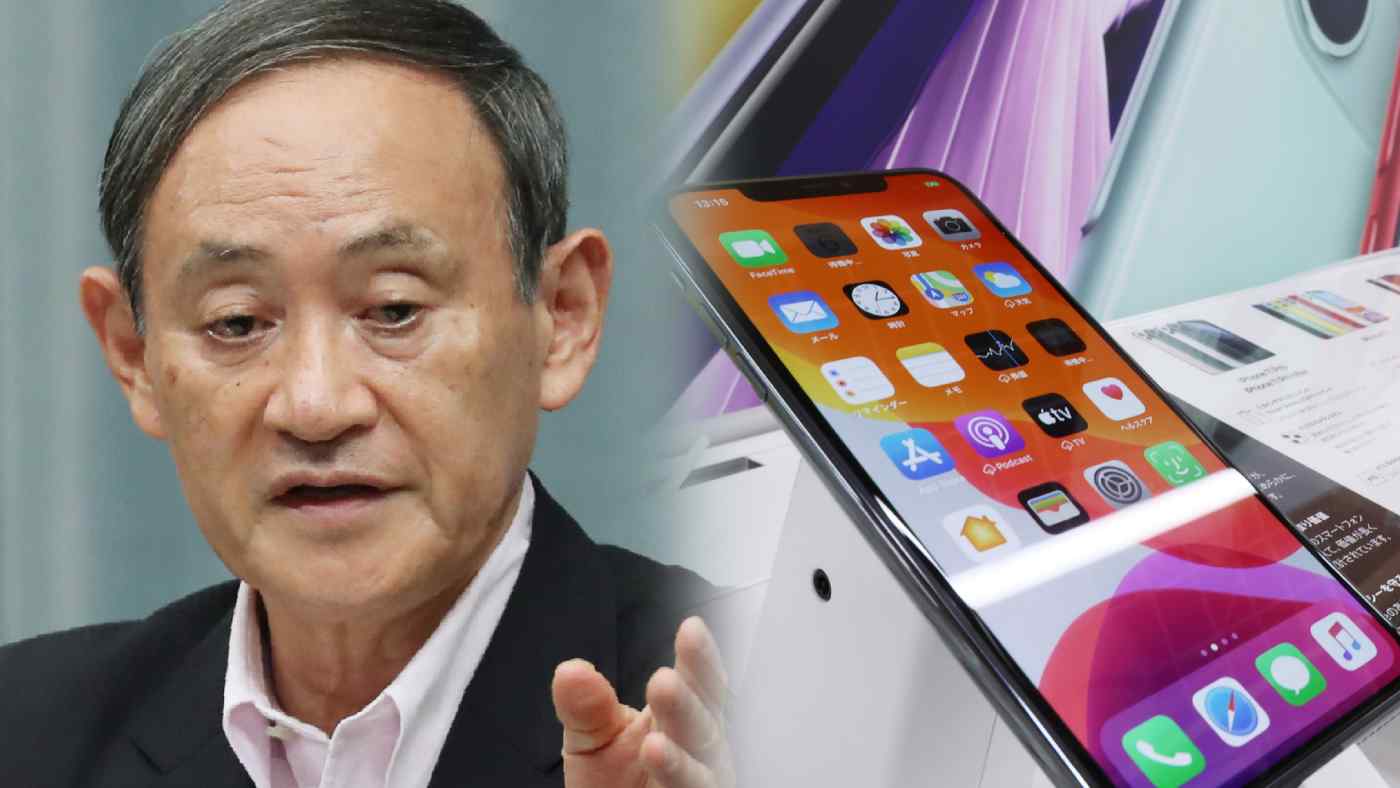 "I want to create a framework that allows for greater competition in the field," Suga said Wednesday in a speech to formally announce his candidacy. Suga, a veteran on telecommunications policy who has long called for lower mobile service rates, is widely viewed as the favorite to succeed Prime Minister Shinzo Abe.

"I really wish he hadn't brought up the subject like this," a telecommunications executive said after watching Suga's speech.

"He said our profit margin of about 20% is too high, but plenty of other companies have similar margins," an NTT Docomo executive said.

"We absorbed our discount operation, UQ Mobile, and are constantly thinking about rates," a KDDI official said.

"Lower rates will deprive us of the resources we need to invest in 5G," a SoftBank executive said.

Suga pushed for greater competition in the industry as minister for internal affairs and communications in the 2000s. As chief cabinet secretary, he launched a pressure campaign in the summer of 2018 by suggesting that Japan's mobile rates could be 40% lower.

But Suga believes that the rate cuts have been insufficient. Rakuten launched mobile phone service in April, but the three existing providers did not cut rates much in response.

Tokyo has the second-highest mobile rates out of six major global cities, after only New York, according to the Ministry of Internal Affairs and Communications. The top three providers believe that they eventually will need to further reduce the rates.

NTT Docomo shares closed roughly 3% lower Monday, when news broke that Suga would run to become Japan's next leader. KDDI fell about 5%, and SoftBank around 3%.

Docomo in particular is heavily reliant on its mobile business. "It will suffer a relatively large impact from lowering rates," an analyst said.

"Suga becoming prime minister is the worst-case scenario for mobile carriers," said another.

Meanwhile, Rakuten believes that Suga could help its mobile operations gain momentum following a rocky launch. His decision to run "is a positive, of course," an executive said.

The company hopes that Suga could introduce policies that weaken the top three players' grip. Rakuten stock rose about 3% on Monday.

Suga and Rakuten chief Hiroshi Mikitani "are on the same page that lower rates will encourage more spending," a company source said.

"It'll look better to consumers if carriers don't put up a fight on cutting rates, and a rate cut could help them plan out growth strategies on 5G and other fields," an industry insider said. The big three are now closely watching one another for signs of potential reductions.