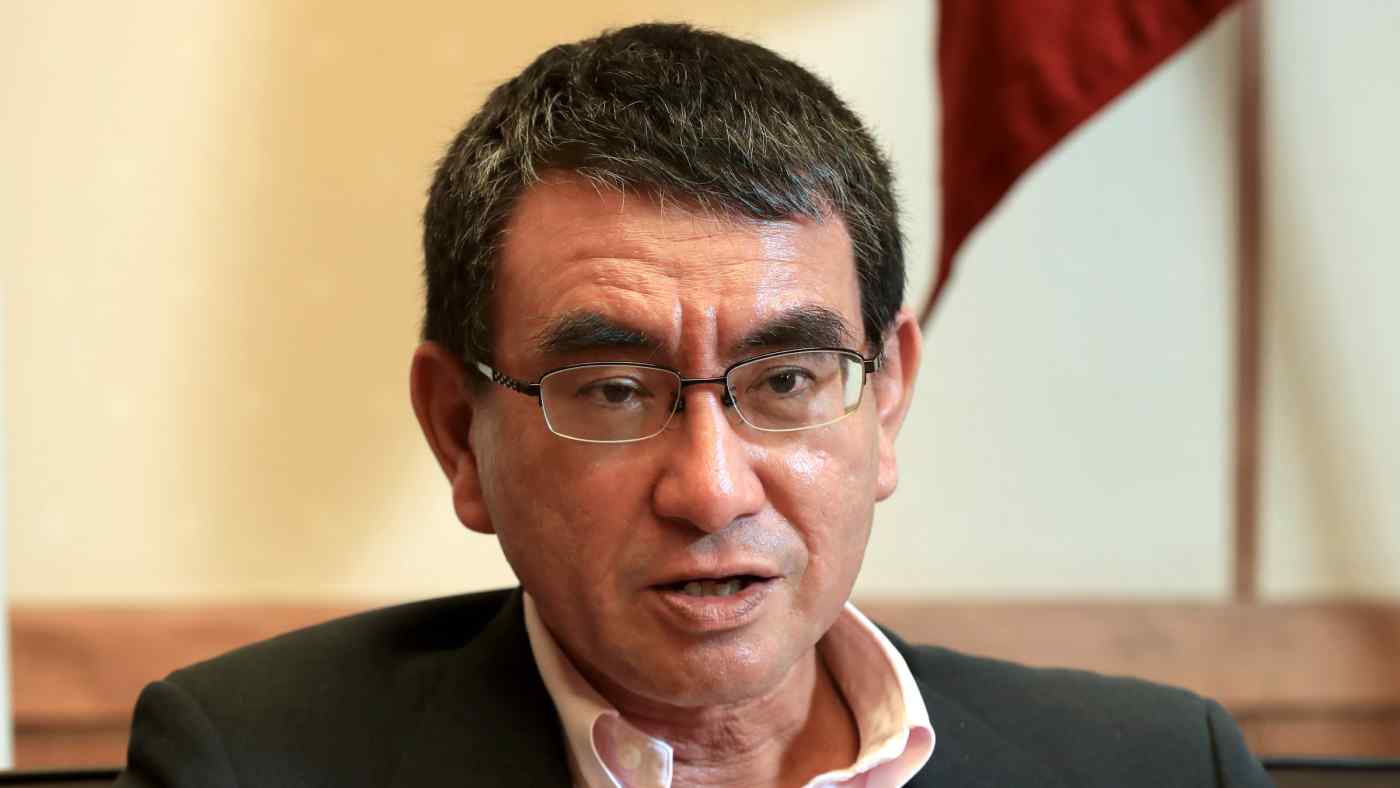 These stamps are used widely across Japan by government agencies, businesses and individuals in lieu of signatures. But their use has been a major obstacle to the spread of digital forms and teleworking, an issue only highlighted by the coronavirus pandemic.

Minister Taro Kono, in a letter distributed by the Cabinet Office, told each ministry to respond as to whether they will scrap requirements for a hanko seal, consider ending the requirement or consider continuing the use of the seals.

Those that continue requiring hanko seals on any forms will need to explain the decision by the end of September.

Digitizing the government is one of Prime Minister Yoshihide Suga's top policy priorities. Kono had called for abolishing hanko-stamping requirements in a cabinet-level meeting on Thursday.