Post-Abe Japan to stay the course, as Suga and rivals offer fine-tuning 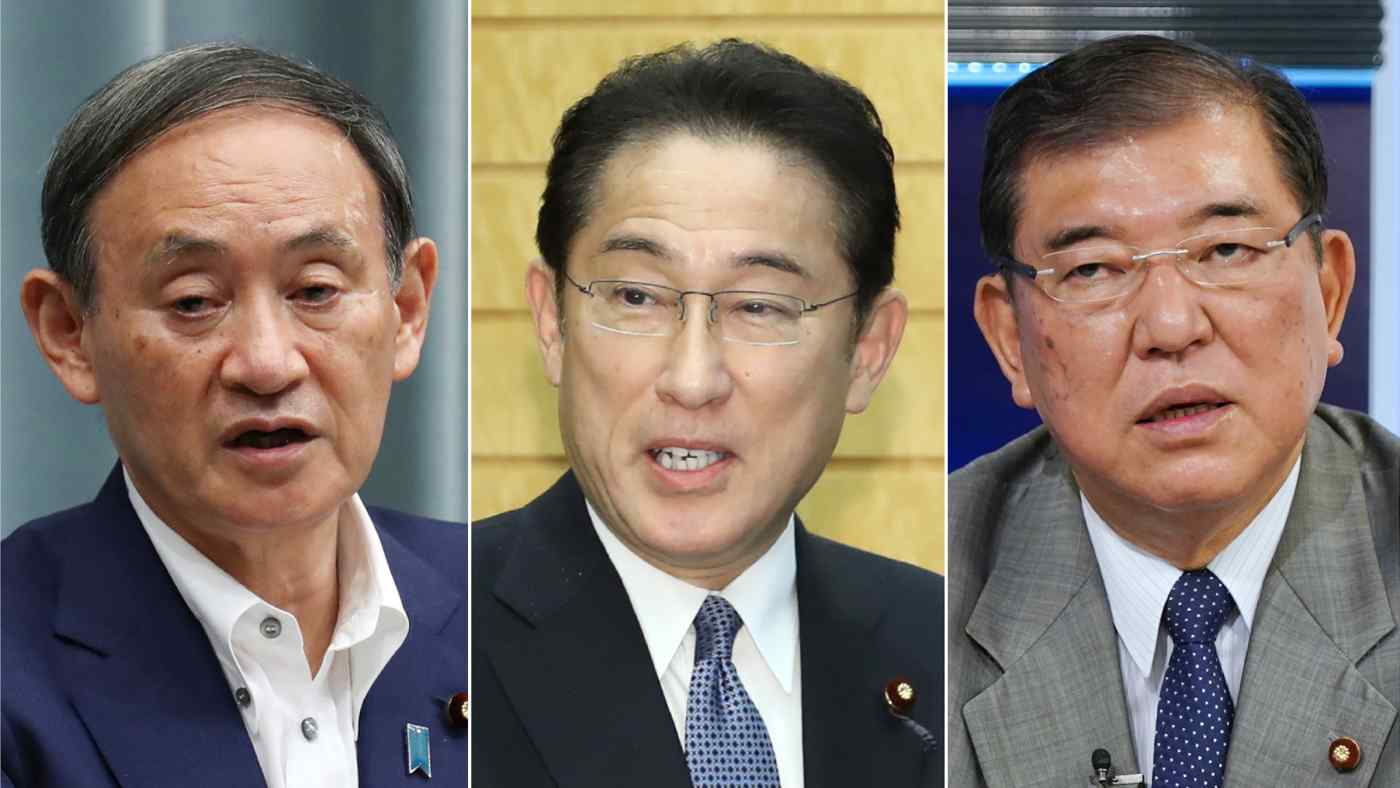 TOKYO -- After close to eight years of Shinzo Abe -- the longest continuous tenure by a Japanese prime minister -- the three candidates aiming to succeed him have an opportunity to lay out a new path forward for the country.

But with 74% of the public saying they support or tend to support Abe's performance in Nikkei's latest polls, it is difficult for any of them to offer a drastically different alternative.

Instead, the policies the candidates -- Cabinet Secretary Yoshihide Suga, former Defense Minister Shigeru Ishiba and Fumio Kishida, the ruling party's policy research chair -- have laid out seem to range from "continuation" to "fine tuning" of Abenomics, the prime minister's signature economic policy, and his U.S.-leaning and Indo-Pacific-focused foreign policy.

"We have managed to bring the economy to its best shape since the bursting of the bubble. It's a major achievement," Suga said at a press conference Tuesday. Abe's right-hand man pointed to stock prices, employment figures and real estate prices to make his case.

Suga, who has yet to officially declare his candidacy, has secured the support of five of the ruling Liberal Democratic Party's seven factions, which account for a total of 264 lawmakers, and is the clear front-runner.

The support for the 71-year-old Suga is a reflection of the LDP's overall desire to continue with Abe's path, which has given him and his party six consecutive victories in national elections.

Asked on the government's foreign policy going forward, Suga said: "As seen in the phone call between Prime Minister Abe and U.S. President Donald Trump, the Japan-U.S. relationship is stronger than ever and it is needless to say that we should continue to advance the alliance even further." 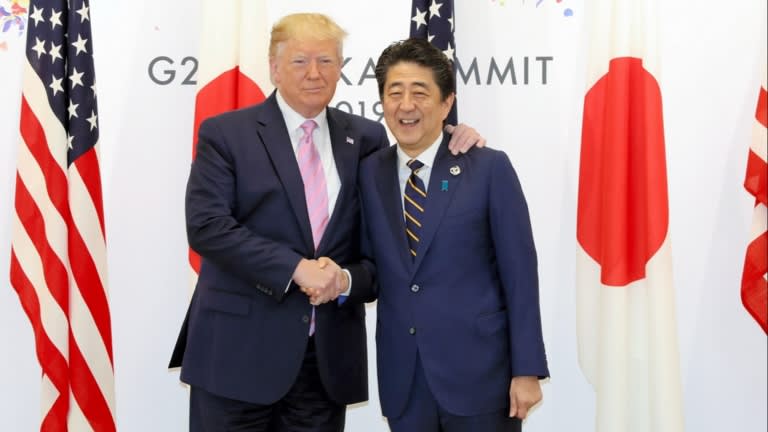 Suga on Tuesday met with former Prime Minister Yoshiro Mori, who is the president of the Tokyo Olympic organizing committee, to seek his backing.

"We will work closely together to hold a safe Olympic Games," Suga said after the meeting. He also met with Deputy Prime Minister Taro Aso, who leads the party's second-largest faction with 54 members, that day. Suga is expected to announce his candidacy on Wednesday.

Ishiba, who announced his candidacy Tuesday, said: "It is our responsibility to provide the Japanese public with an opportunity to choose between multiple candidates and what we stand for."

Ishiba, 63, the longtime Abe rival and former LDP secretary-general, has been a constant high-ranker in opinion polls because he is seen as the anti-Abe alternative.

But much of the rivalry seems to stem from personal grudges rather than policy differences. Ishiba said Tuesday that the Japan-U.S. relationship is the core of national security.

Referring to the looming pressure from Trump to increase host-nation support for the U.S. troops stationed in Japan, Ishiba said, "We need to understand what role the U.S. Forces Japan plays. And we need to decide on the specific roles of the Japanese Self-Defense Forces and the U.S. troops if we are to have a meaningful discussion on cost-sharing."

He said it was important to fully review Japan's national security posture "so as not to allow China to have the wrong ideas."

He added, "Asian countries are critical partners for Japan's national security," and said he hoped to eventually create a framework in the region for collective security.

In a more original proposal, Ishiba said he will open a liaison office in Pyongyang so that the government can negotiate with North Korea in a more official capacity on issues such as the resolution of the abduction of Japanese nationals. "This is one of the major challenges the Abe administration could not resolve," he said.

On the economy, Ishiba said there were many aspects of Abenomics that deserve praise, but personal income was not growing as fast as it should.

His biggest difference with Abe was that he touched on the need to rethink consumption tax.

"Due to the coronavirus, the economy has worsened and low-income earners are struggling. We need to revisit consumption tax to see if there is a way to prevent it from hurting low-income earners disproportionately," including lowering the tax rate, he said.

Kishida also announced his candidacy Tuesday. "I have my shortcomings, but I plan to work with every fiber of my being for the country and the people," he said.

"The world is growing more divided with the rise of protectionism, nationalism and economic blocs," the 63-year-old said. "We must promote soft-power diplomacy to tackle global issues while upholding core values like liberty, democracy and the rule of law."

In terms of the economy, Kishida is reluctant to make any big moves on the consumption tax, but believes that fiscal reconstruction is a top priority.

Suga, Ishiba and Kishida all agree on maintaining an easy monetary policy, and not instituting rapid changes.

The upcoming race will only decide who will serve out the rest of Abe's term, which ends September 2021, and voting will be held in a slimmed down format involving 394 lawmakers and 141 representatives from the party's 47 prefectural chapters.

It will not include the 1.09 million rank-and-file party members this time, but they will be able to cast a vote in the race next year, when the leader will assume a new term.

The long-term direction of the LDP may only be set after that leadership election next year.