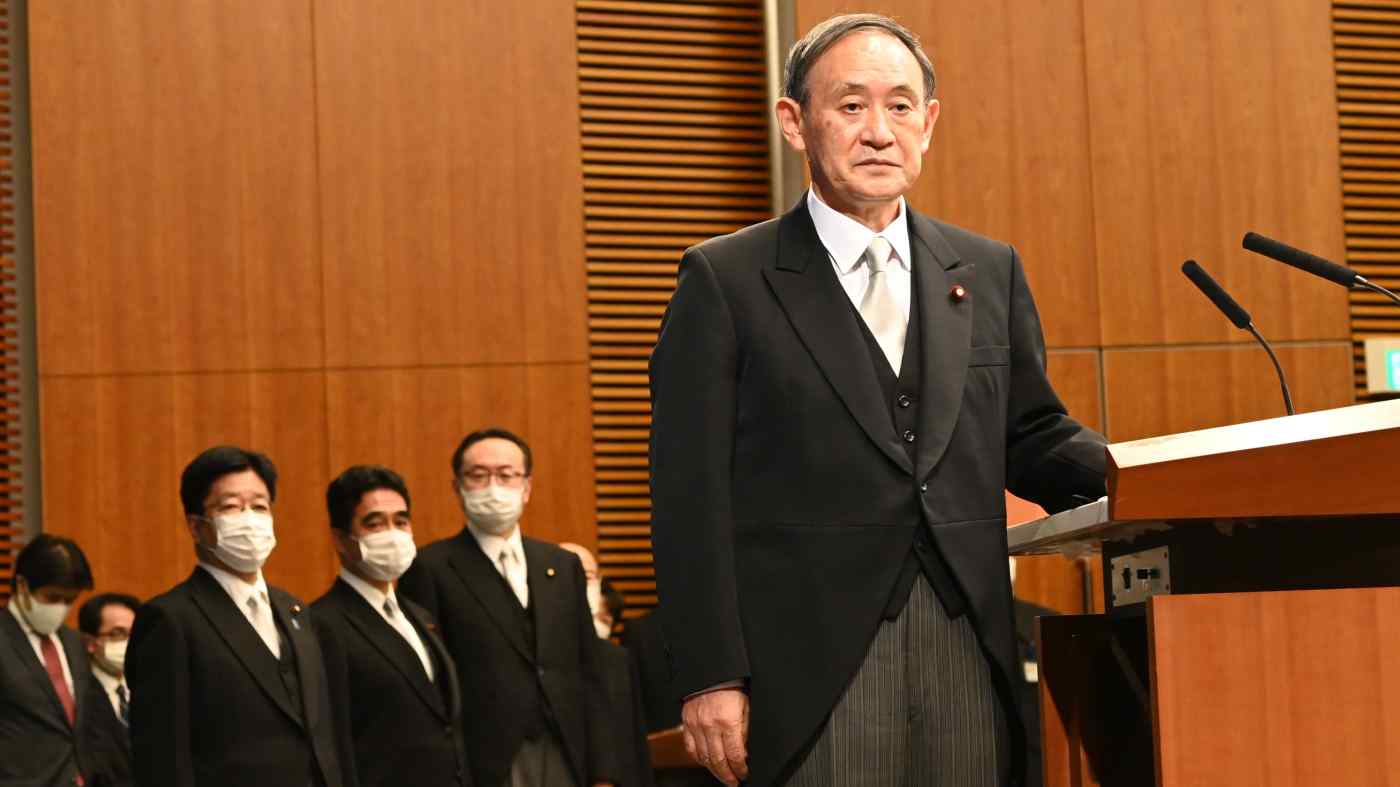 TOKYO -- Yoshihide Suga, who belongs to neither a faction of Japan's ruling Liberal Democratic Party nor a family of politicians, has become the country's 99th prime minister.

Suga is a unique Japanese leader in that most of the LDP prime ministers in recent years, including his predecessor, Shinzo Abe, were political heavyweights affiliated with a specific LDP faction. These still serve as important vehicles to distribute money and posts among its members.

How then, did Suga make it to the top? The secret of his rise could lie in the support of groups of young LDP lawmakers who, like him, do not belong to a faction or have a hereditary advantage.

On Aug. 31, three days after Abe made the surprise announcement that he was resigning, Suga's office in the lower house members' office building was thronged by 14 young LDP legislators.

Each of them urged Suga to join the LDP leadership race, voicing their unwavering support. "Run for the LDP presidential election," one of them pleaded. "I will follow you all the way through," pledged another.

After listening to what each of them had to say, Suga said with a nod, "I have made up my mind."

All these young LDP members have three things in common. They have served four or less terms as lower house members; they do not belong to a faction; and have no parents or grandparents who were lawmakers.

They are known as the "Ganesha group", after the elephant-headed Hindi who is said to be a remover of obstacles.

Suga is also supported by another group. On Sept. 1, 11 young LDP upper house members, also unaffiliated and non-hereditary politicians, called on him to go for the top job. A majority of them were political neophytes, either rookies or Diet members only serving their second term.

There are other unaffiliated Suga supporters as well. In total, 30 to 40 such LDP lawmakers are Suga's political allies and are collectively known as the "Suga group."

In the Diet, about 15% of LDP members are not part of any factions. Young unaffiliated party members get few opportunities to convey their wishes to the party leadership's inner circle.

Suga has built his power base within the party by taking care of such young members who do not belong to factions; they tend to be in disadvantageous positions in terms of promotion and political funding.

Even though Suga served as the linchpin of the Abe administration, which was in power for nearly eight years, he could not have become prime minister without any power base within the party. The Suga group was therefore a major factor behind the rush of five of the seven LDP factions to leap onto his bandwagon.

His support groups have mostly kept a low profile, partly because Suga is critical of factional politics and partly because they wanted to avoid being suspected of trying to promote Suga as a challenger to his boss, Abe. 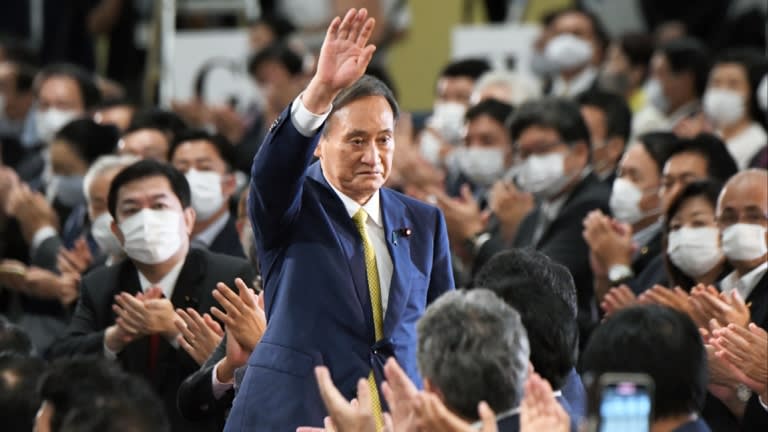 The Suga group has also carefully avoided acting like a faction. Factions organize fundraising parties and use the money to support their members' political activities. Usually, they have a wish-list of cabinet and party posts and hand them to the prime minister's office, in return for their endorsement.

The Suga group have not engaged in such factional activities, at least not openly. Moreover, they define themselves as loose, voluntary associations of lawmakers independently supporting him.

The Ganesha group, the most prominent Suga support group which was formed in 2015, holds regular luncheon meetings on Thursdays, when all LDP factions hold general meetings, so that politicians who belong to factions cannot take part in the group's gatherings.

Unlike a faction, the group does not have a formal list of members, but uses small figures of the Hindu god as a "certificate" of membership. One lawmaker bought the images as souvenirs from an overseas trip and distributed them among the members. Suga was given a slightly larger one.

One of the members told Nikkei how Suga showed his sympathy for the difficulties young politicians face in finding their footing as lawmakers without any hereditary advantage or faction affiliation. He once belonged to a faction but left it in 2009 and has since remained unaffiliated. He knows well the obstacles unaffiliated LDP legislators have to face.

Tomohiro Yamamoto, a 45-year-old lower house lawmaker serving his fourth term, says Suga has been "supporting us more than we have been supporting him."

In a Sept. 2 press conference to announce his candidacy for the LDP presidential election, Suga expressed his feelings about fellow non-factional party members. "I am not here because I have been supported by an alliance of factions. I have been pushed (to this position) by the energy of Diet members without faction affiliation who have been supporting me."

Suga's term as LDP president expires in September 2021. That means he will have to fight another party leadership battle in just one year. To win the contest again, Suga needs to strike a delicate balance between rewarding his unaffiliated supporters and securing the support of enough factions.