'Suganomics' from A to Z: policies of Japan's PM front-runner 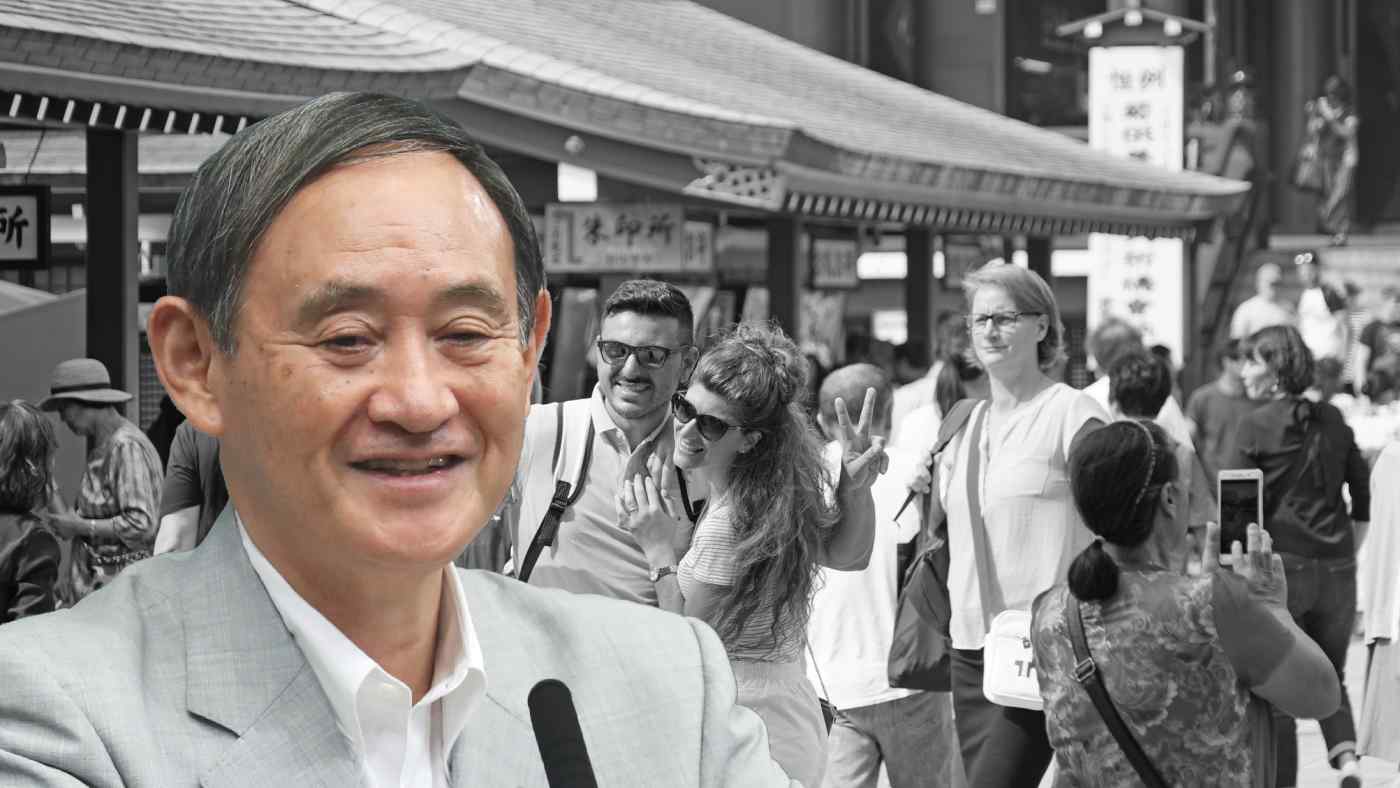 TOKYO -- As Yoshihide Suga, the front-runner to replace Japanese Prime Minister Shinzo Abe, contemplated his candidacy, he met a business leader to discuss what policies to focus on.

"I want to continue Abenomics and enhance it," he said, putting it at the core of his proposals.

As Abe's chief cabinet secretary, in charge of overseeing Japan's powerful bureaucracy, Suga did not have a choice. For the past seven years and eight months, the loyal lieutenant has been seeing Abe at least twice a day.

Massive monetary easing and fiscal stimulus -- the pillars of Abenomics -- are expected to be central to "Suganomics" if he indeed is elected as leader of the ruling Liberal Democratic Party and becomes the next prime minister.

And it is what his party wants, too. "The next prime minister will have to take over the Abe cabinet as well as his wishes," said Hiroyuki Hosoda, a leader of the Liberal Democratic Party's leading faction, which has decided to back Suga.

Perhaps the biggest difference between Abe and Suga lies in fiscal policy. Unlike Abe, who leaned heavily on reflationalist advisers, like Etsuro Honda, to pursue aggressive monetary easing, Suga does not have anyone espousing that monetary theory in his brain trust.

More recently, Atkinson suggested ways to boost productivity, such as lifting the minimum wage and consolidation of small and midsize businesses.

Suga has maintained his distance from advocates of increased public spending, such as former Abe adviser Satoshi Fujii, who called for bolstering infrastructure against natural disasters. Suga is more receptive to fiscal tightening.

But all in all, Suga has practical reasons to keep up Abenomics.

On Monday, when news broke that Suga would announce his candidacy, the Nikkei Stock Average soared by as much as 450 points during intraday trading as investors cheered the prospect of continued economic support under Suga.

If the Bank of Japan maintains purchases of exchange-traded funds, on top of Japanese government bonds, it will help sustain stock prices.

Robust stock prices would then lead to support for the new government. Backed by strong public approval ratings, Abe led the Liberal Democratic Party to victory in the past six national elections, paving the way for his long reign.

Suga likely would urge the BOJ to keep up its muscular monetary easing, extending the 2013 policy agreement signed between the government and the central bank.

As chief cabinet secretary, Suga focused on controlling the sharply appreciating yen. The BOJ, the Ministry of Finance and the Financial Services Agency were instructed to meet regularly to monitor speculative transactions.

He also used his bully pulpit to warn against the yen's excessive appreciation.

"Visibly biased activity is occurring in the foreign exchange market," Suga would say during a daily news conference.

Suga also oversaw a change in the government's drug-price setting schedule so that prescription drug prices are revised every year, instead of the previous every two years, to reduce medical spending.

For now, Suga has called the coronavirus response the top priority. The government is likely to pursue a proactive fiscal policy that includes stimulus packages until the pandemic is brought under control.

The economic growth strategy would continue to follow Abe's trajectory, but the influence of the Ministry of Economy, Trade and Industry likely would fade.

Abe has staffed his office with key economic policy figures such as Takaya Imai, who hails from METI. The people on the economic strategy committee chaired by Abe are a veritable who's who of bureaucrats.

Suga, as a politician who favors balance, is unlikely to lean heavily toward the economic ministry. That could open the door to faster minimum wage hikes, which METI has resisted, citing the load on corporations.

Rather, Suga will move to review the authority of all ministries and agencies, and is likely to further promote deregulation as a growth strategy. As chief cabinet secretary, he has controlled the bureaucracy in Kasumigaseki with strong leadership and tried to push for reform in areas with strong government controls, such as lowering mobile phone charges. If he becomes prime minister, the government will take further measures.

Japan faces the worst graying population among advanced nations, and countering the status quo will require a global policy focus.

Suga overcame party resistance to implement a visa program that opened the doors for unskilled foreign workers, a shift from the previous policy, which centered on internship programs that often confine foreign workers to low-paying jobs. The new program calls for wages on a par with those of native Japanese and set the stage for bringing in coveted foreign talent.

His efforts to bring in more foreign tourists and increase farm exports can help strengthen his economic ties with the rest of Asia.

Japan hosted 31.88 million foreign tourists last year, up from 8.36 million in 2012, during the previous government under the Democratic Party of Japan. Suga hopes to raise the number to 60 million people.

Japan plans to export 5 trillion yen ($47.2 billion) worth of farm products in 2030, mainly to Asia, up from less than 1 trillion yen today.

Suga is prepared to maintain Abe's direction on foreign policy, centered on the U.S.-Japan alliance. Referring to the concentration of business production sites in China, Suga said in a Nikkei interview in April that it is necessary to "diversify manufacturing bases over several countries."

Amid the tensions between the U.S. and China, Japan enacted legislation last year that places new restrictions on foreign investments in domestic companies. Tokyo shares Washington's wariness regarding the potential transfer of technology to China.

Once Japan overcomes the coronavirus crisis, Suga would be able to set sights on major reforms.

"It's key to overhaul the social insurance system," Suga told Nikkei in the same interview. "The foundation of a nation is self-aid, mutual aid and public aid. We'll continue to build a nation that is trusted by its people."