With a poker face, Kim Jong Un waits for Japan's next PM 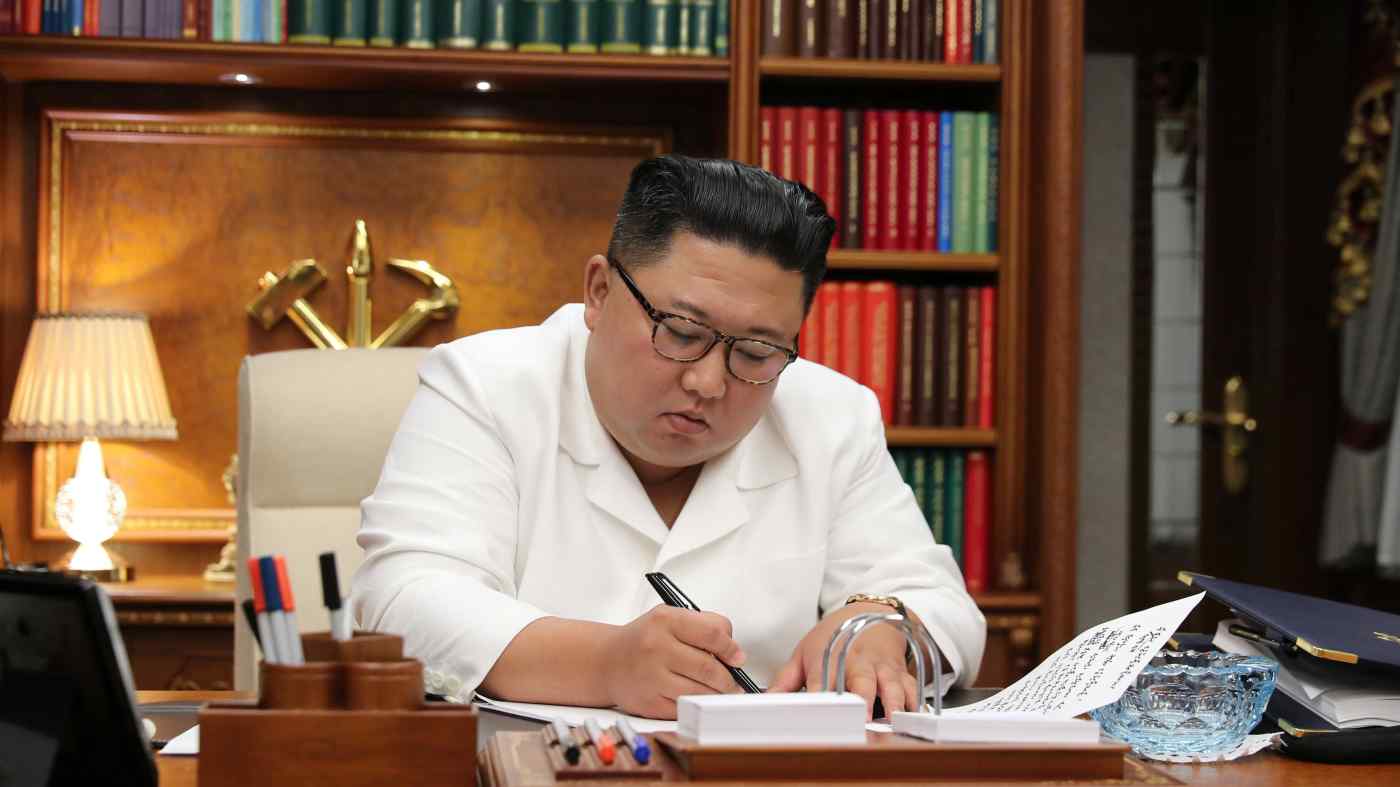 The conspicuous silence seems to suggest that Pyongyang is waiting to see who will succeed Abe before deciding how to engage with the new leader.

As Japan's ruling party prepares to choose the country's next leader on Monday, the leading candidate, Chief Cabinet Secretary Yoshihide Suga, has already spoke of a willingness to engage with North Korean leader Kim Jong Un.

"I hope to meet Chairman Kim Jong Un without preconditions so we can figure out how we can move forward," Suga told reporters on Sept. 2, referring to the unresolved abduction of Japanese nationals by North Korea decades ago.

A longtime Abe lieutenant, Suga is the favorite to win the Liberal Democratic Party's leadership vote. But North Korea so far has not provided any indication on whether they are for or against Suga at the helm.

Japan's past experience with North Korea suggest that Pyongyang values stability from its negotiation partners. Given its iron grip on power, it expects foreign leaders to also wield strong authority and be the driving force behind policy decisions.

Pyongyang is also generally unconcerned with the exact title of foreign envoys as long as they were in close communication with their leaders. Prime Minister Junichiro Koizumi met with North Korean leader Kim Joing Il in Pyongyang in 2002, a meeting that led to the return of five abductees. He again visited the country in 2004.

For example, then-Japanese Prime Minister Junichiro Koizumi's 2004 trip to North Korea was set up by former LDP Vice President Taku Yamasaki, even though Yamasaki held no elected office at the time after a loss in a parliamentary office. North Korea later also invited Hiroshi Nakai, who was close to then-Prime Minister Naoto Kan, to a secret meeting, despite Nakai being a known North Korea hawk.

At the same time, Pyongyang is paying more attention to public opinion in Japan. It learned a lesson after plans to sign a joint statement in 2002 were scuppered due to public anger in Japan over a sloppy report provided by the North about Japanese abductees.

"That was when I learned that Japan has this thing called a public opinion," a North Korean official said back in 2004. Pyongyang at the time did not consider the possibility that public outrage could overturn a governmental decision, and is eager not to repeat this mistake.

Roughly two weeks after Abe announced his resignation as prime minister, North Korean media have yet to report the news. There has been almost no commentary about Japan, the U.S. or South Korea. The press is focusing on domestic issues while struggling to figure out what comes next.

Pyongyang has long stopped responding to Japan's covert contact attempts through diplomatic back channels in Southeast Asia and China. Communication between governments, and by individual politicians and private citizens, has been cut off because of travel restrictions between the two countries and the declining influence of the General Association of Korean Residents in Japan, or Chongryon, Pyongyang's de facto embassy, according to a Japanese government source.

As a result now the U.S. holds the key to moving forward relations between Tokyo and Pyongyang.

The 2002 Japan-North Korea summit, in which Pyongyang acknowledged the kidnappings of Japanese citizens, as well as the 2014 Stockholm Agreement, in which the North pledged to reopen investigations into abductees, both came at low points in Pyongyang's relationship with Washington. The North sought to use negotiations with Japan as an opening to break a deadlock with the U.S.

Despite Abe's relatively stable tenure, North Korea did not try to pursue substantive negotiations. This was partly because Kim secured a historic summit with U.S. President Donald Trump in 2018, but also due to the sense that, as one official put it, "Japan is under the thumb of the U.S. and can't be expected to negotiate independently."

Japan's public opinion was also a factor, according to a North Korean government source. Because a majority of the Japanese public supported Abe's tough stance on North Korea, talks with Tokyo about the abductions would likely be tough, the thinking went.

Kim may be eager to return to the negotiating table. Not only is North Korea suffering under the UN sanctions and the coronavirus, it is also being hit by natural disasters.

On Tuesday, Kim said the damage from a recent typhoon called for a change in economic planning through the end of the year, the state outlet Korean Central News Agency reported.

If Trump wins reelection in November, it may lead to another summit with Kim at the end of the year, according to a person close to the U.S. government.

The Japanese government's strategy is for U.S.-North Korea talks on denuclearization to progress, leading to negotiations between Tokyo and Pyongyang, which will focus primarily on the abductions.

However, if former U.S. Vice President Joe Biden wins the presidency, North Korea will have to build its relations with the U.S. from square one.

In either scenario, "if the new Japanese prime minister can make a convincing case to the U.S. president, the situation will change," said a source knowledgeable about North Korea, touching on what has to happen for the stalemate between Japan and North Korea to thaw.

On the other hand, "North Korea will absolutely not come to the negotiating table if it's only about the abduction issue," said the source.

Japan has formally identified 17 citizens it says were kidnapped by North Korean agents in the 1970s and 1980s. Five returned home in 2002 after a visit to Pyongyang by then-Prime Minister Junichiro Koizumi. North Korea has insisted that the rest are dead or had never entered the country.

Former White House National Security Adviser John Bolton said in his recently published memoir that Trump did relay Japan's position on the abductions to Kim and urged a summit between North Korea and Japan, but that the discussion did not go very far. Kim merely said his side revealed all they knew during the back-and-forth with Koizumi.

North Korea is entirely responsible for its abduction of Japanese citizens. Still, now that the U.S. has resumed dialogue with the North, Japan will also need to return to the negotiating table to make headway on the issue.

Some within the LDP are already suggesting ways for the new prime minister to thaw bilateral ties, like a three-way summit with the U.S. during next summer's Tokyo Olympics, or sending Abe to North Korea as a special envoy after he steps down.

But these unusual proposals also reflect the difficulty of restarting negotiations with the North. Japan's next leader will need to work closely with the U.S. to formulate a comprehensive strategy on Pyongyang, including on its nuclear and missile development.