Cooperation ranges from development and investment to defense hotline 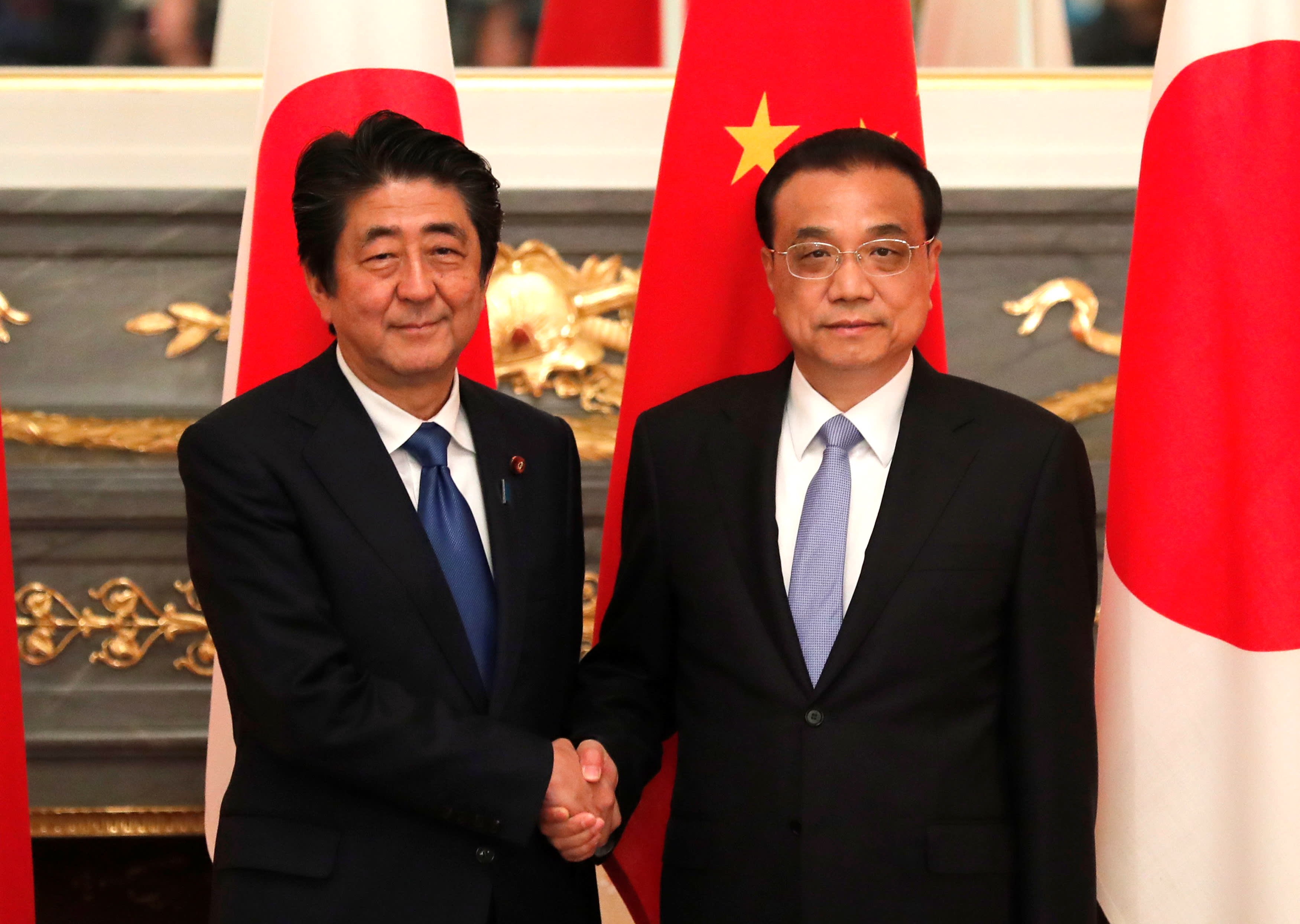 Tokyo and Beijing also agreed to create a communications hotline for senior defense officials in order to prevent or defuse any accidental incidents between their armed forces. Territorial disputes have chilled Japan-China relations.

"We achieved results on a decade-long agenda," Abe told reporters after the summit. The two leaders met earlier Wednesday in a trilateral gathering that included South Korean President Moon Jae-in.

"It is hard to deny that the Japan-China relationship had taken a long detour," Li said during the first visit by a Chinese premier in eight years. "But recently we have seen some improvement. China wants to work together with Japan to restore the relationship to the correct path, and to avoid a major reversion."

Beijing and Tokyo signed 10 documents aimed at bolstering political and economic ties, including a memorandum to cooperate on business development in third countries. Japan and China will conduct a forum in which the public and private sectors are asked to participate. "The first forum will be held during my upcoming visit to Beijing," Abe said.

"Both countries will consider setting up a yuan clearing bank in Japan," Li said.

Regarding North Korea, both sides reiterated their commitment to work toward denuclearization of the Korean Peninsula.

"We want to build a relationship where leaders of the two countries can visit each other easily," Abe said.