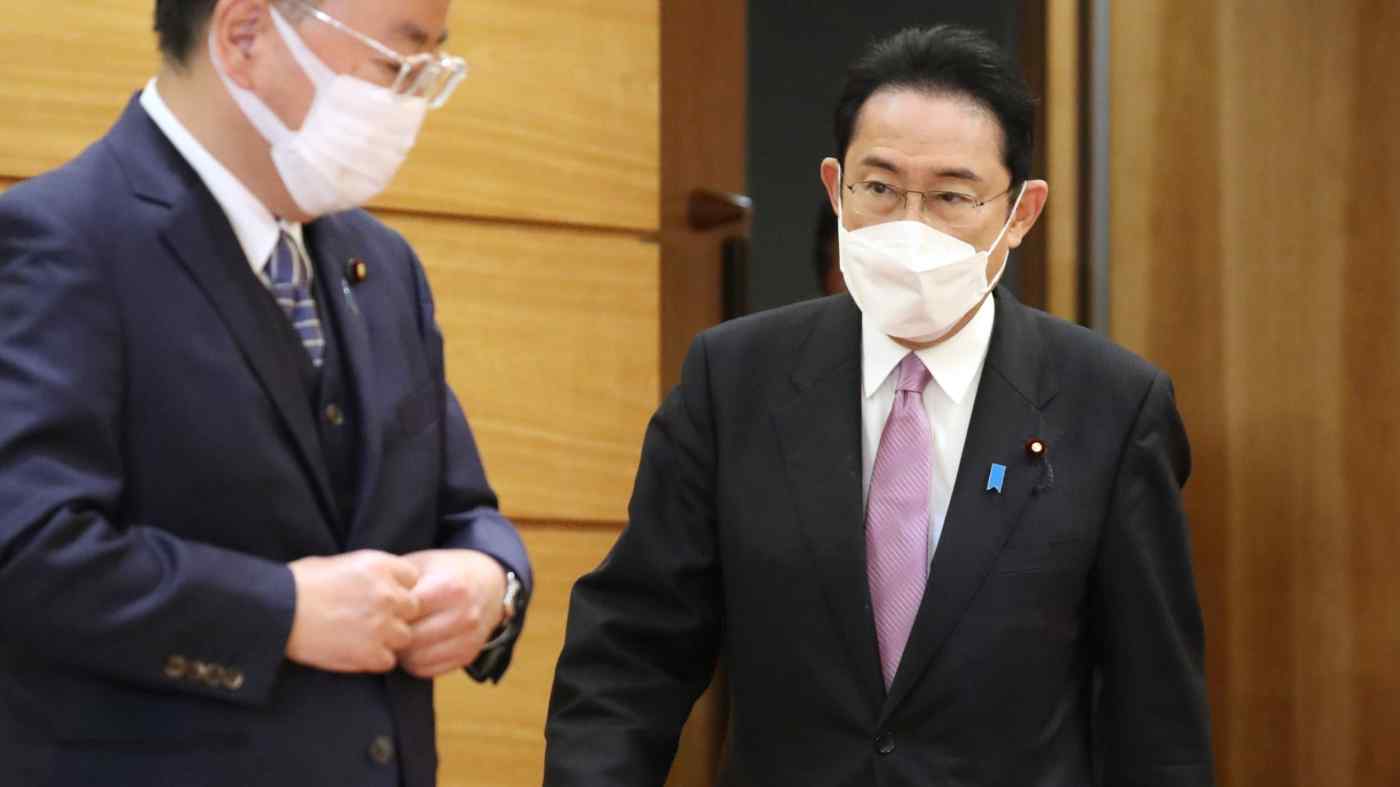 TOKYO (Kyodo) -- Japan decided Tuesday to recommend a complex of gold and silver mines on Sado Island for the 2023 UNESCO World Heritage list, defying South Korean protests against the nomination of the site linked to wartime labor.

The attempt to register the mine, one of the world's largest producers of gold in the 17th century, may face hurdles as issues dating back to World War II continue to fray ties between the two countries.

The Cabinet of Prime Minister Fumio Kishida endorsed a plan to seek the listing of the Sado gold mine, setting the stage for a letter of recommendation to be submitted to the U.N. Educational, Scientific and Cultural Organization by the deadline on Tuesday.

While acknowledging opposition from South Korea, Kishida has said making a recommendation this year rather than later and starting debate on the matter at an early date would be a "shortcut" for the mine in Niigata Prefecture on the Sea of Japan coast to be registered as a World Heritage site.

"We will engage in dialogue with South Korea and other nations calmly and politely so the value of the site as a cultural asset will be recognized," Chief Cabinet Secretary Hirokazu Matsuno said at a press briefing.

Japan plans to set up a task force to prepare for the selection process, including deliberations over the site's historical background, the top government spokesman said.

The recommendation marked a reversal of the government's earlier plan not to seek a listing this time around as Kishida apparently yielded to mounting pressure from conservative members of his Liberal Democratic Party including former Prime Minister Shinzo Abe, who wanted the government to go ahead.

South Korea has been "sternly" urging Japan not to pursue the listing because what Seoul views as forced labor during Japan's 1910-1945 colonization of the Korean Peninsula as well as "comfort women" who were procured for Japan's military brothels remain sensitive issues.

The gold and silver mine site has a history of outstanding mining technology before and after industrialization, according to the Niigata prefectural government.

In December, Japan's Council for Cultural Affairs selected the site as a candidate, drawing a backlash from South Korea.

If all goes as scheduled, a UNESCO advisory body will survey the mine site in the fall and decide around May next year whether it is worthy of adding to the list. The World Heritage Committee will then examine its opinion in the summer.

But given South Korea's opposition, there is a possibility that UNESCO will shelve the screening process by calling for negotiations on the matter between Tokyo and Seoul.

The issue of wartime labor was also a sticking point when "Sites of Japan's Meiji Industrial Revolution" were added to the World Cultural Heritage list in 2015.

South Korea had opposed the listing, citing the history of Koreans who were coerced into working at some of the sites, including Hashima Coal Mine in Nagasaki Prefecture, also known as "Battleship Island" because of its shape.

In July 2021, the World Heritage Committee adopted a resolution stating that at a Tokyo information center on the industrial locations Japan had failed to sufficiently explain that a number of Koreans were forced to engage in hard labor at the coal mine.