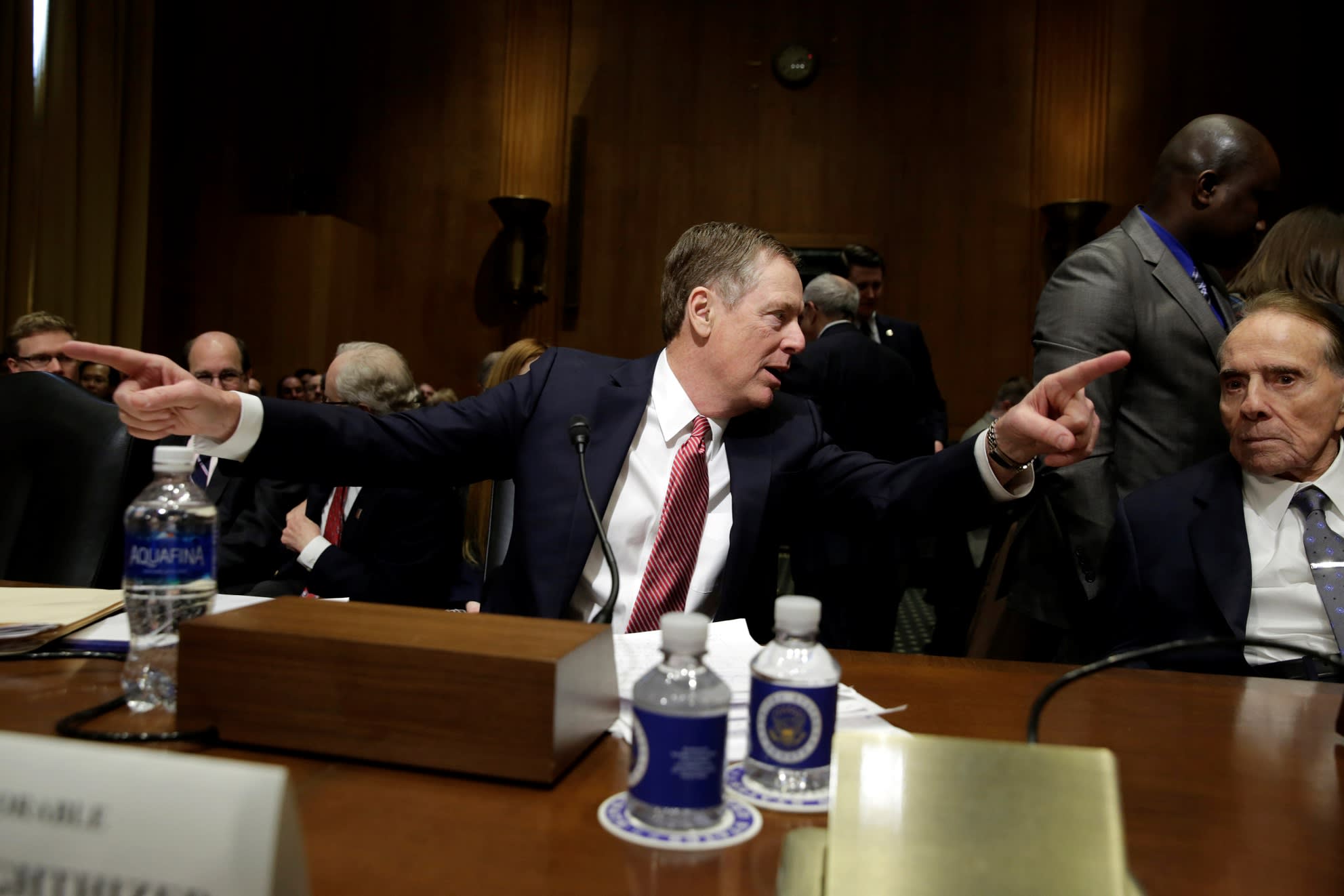 Japan braces for tough trade talks with old US hand

WASHINGTON -- The man expected to become America's next chief trade negotiator indicated Tuesday that the new U.S. administration will put heavy pressure on Japan to make concessions in agriculture imports on the way toward a bilateral free trade agreement.

"I would list, of course, Japan as being a primary target for a place where increased access for agriculture is important," Robert Lighthizer, President Donald Trump's pick for U.S. trade representative, said during a Senate confirmation hearing Tuesday.

The former deputy USTR under President Ronald Reagan also said at the hearing that, if confirmed, he would seek better deals than the U.S. would have achieved with the 12-nation Trans-Pacific Partnership agreement.

Agriculture is not the new administration's only trade priority. In a letter to the World Trade Organization, the U.S. claimed that Japan's auto market is protected by nontariff barriers. Automobiles likely will be another focus of bilateral trade talks.

At nearly $70 billion a year, Japan runs the second-biggest trade surplus against the U.S. after China. Trump's emphasis on closing trade gaps during his presidential campaign leaves little doubt that Japan will be a primary target in his administration's drive for better terms.

But first, the U.S. is expected to begin negotiations with Mexico and Canada as soon as June, with an eye toward reworking the North American Free Trade Agreement by the end of the year. Commerce Secretary Wilbur Ross has called this a top priority for the administration. This means talks with Japan probably will not begin before 2018.

"It is just selfish to bring up agricultural trade with Japan after abandoning the TPP agreement, under which we promised a high level of market liberalization," one high-ranking official at Japan's agriculture ministry said, barely hiding his anger.

In the TPP negotiations, Japan promised to create special import quotas for U.S. rice and wheat, and pledged to sharply lower tariffs on beef and pork despite strong domestic opposition. But Trump ditched the trade agreement once he took office.

Tokyo likely will attempt to deflect American pressure on agriculture and automobile trade by highlighting Japan's contributions to the U.S., pitching plans to help rebuild American infrastructure and open up export markets in Asia.

Lighthizer's comments show that the U.S. administration is interested in scoring early wins in trade talks, especially in tariffs and other issues highly visible to the American public. With that in mind, Japanese officials intend to suggest that signing on to a multilateral framework like the TPP also would serve U.S. interests.

Hiroshige Seko, Japan's minister for economy, trade and industry, will meet with Ross on Thursday for talks that will lay the groundwork for an economic policy dialogue in April.