Budget will mostly be financed by debt, in further blow to fiscal health 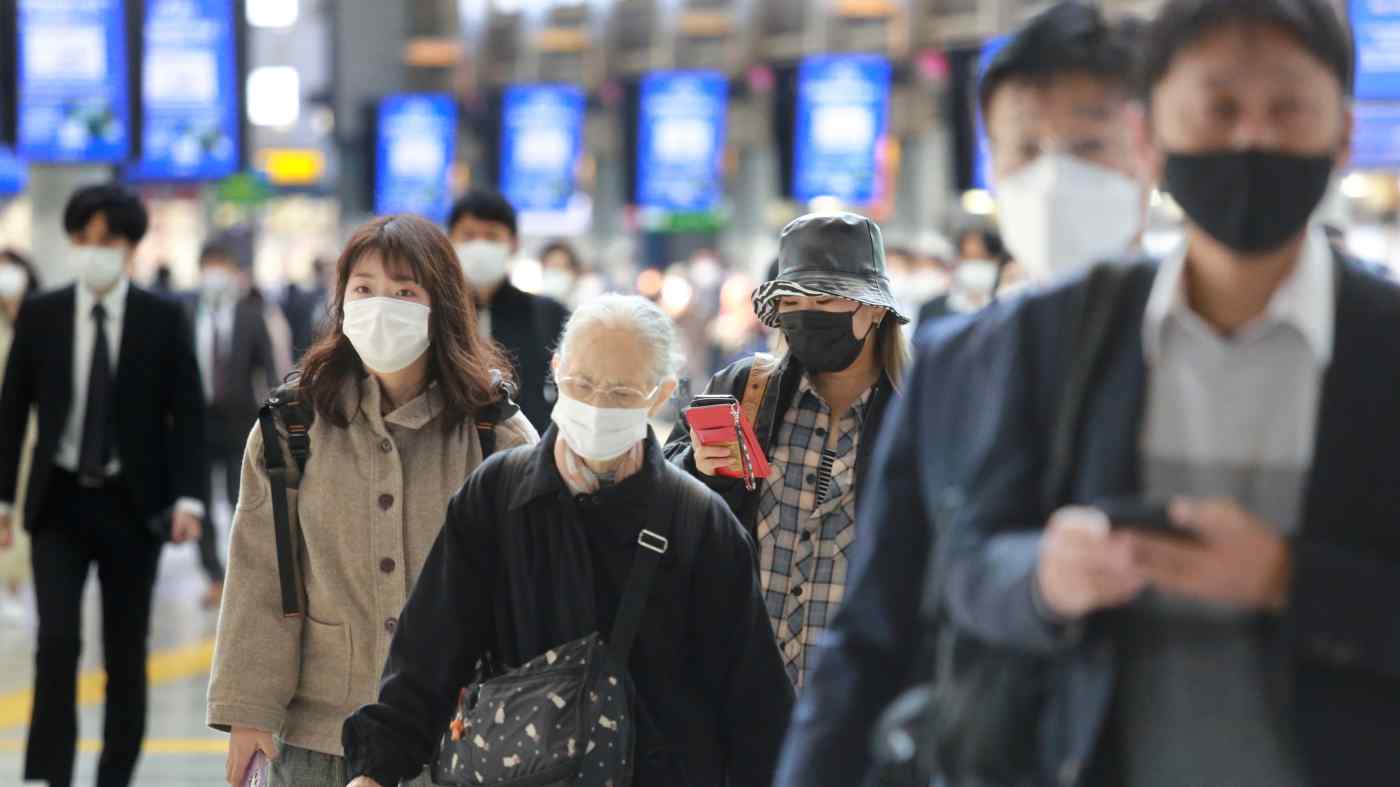 People wearing face masks to protect against the spread of the coronavirus walk at a station building in Tokyo in mid-November.   © AP
November 26, 2021 18:11 JST | Japan
CopyCopied

The first extra budget for the current fiscal year from April entails new government bond issuance worth 22.1 trillion yen. It means most of the extra budget will be financed by debt, adding a further blow to the country's fiscal health.

The government also plans to use 6.1 trillion yen that was carried over from the fiscal 2020 budget. Japan's new debt issuance for the current fiscal year through March 2022 is now estimated at 65.7 trillion yen.

The figure is smaller than the about 108.6 trillion yen in the previous fiscal year, when the government compiled three extra budgets totaling about 73 trillion yen to fight the coronavirus pandemic, but fuels fear of a further deterioration in the nation's fiscal soundness, the worst among major developed nations.

Prime Minister Fumio Kishida has said his administration aims to have the supplementary budget clear the Diet in an extraordinary parliamentary session to be convened next month.

Through the stimulus, Kishida, who took office on Oct. 4 and led the Liberal Democratic Party to victory in the Oct. 31 general election, aims to lead the domestic economy to recover to pre-pandemic levels, while trying to meet his goal of redistributing wealth by increasing support for households and firms.

Under the extra budget, 18.6 trillion yen will be used for measures to curb the spread of the virus and ease the economic impact of the pandemic, including 1.7 trillion yen to increase funds for the government's unemployment insurance system amid growing payment for allowances to furloughed workers.

To boost the pandemic-hit tourism sector, 268.5 billion yen will be allocated to restart the government's "Go To Travel" domestic tourism subsidy program, which was suspended nationwide last December following a spike in new virus cases.

The approval of the extra budget came as Japan has seen significantly lower numbers of new virus cases amid steady progress in the government's vaccine rollout, leading various restrictions on economic activities to be gradually eased.

As part of Kishida's signature policy to boost Japan's economic security, 617 billion yen will be set aside to help chip-making companies secure production bases, including some 400 billion yen to be used to aid Taiwan Semiconductor Manufacturing Co. in building a new factory in the southwestern prefecture of Kumamoto.

Approved by the Cabinet a week ago, the government's new economic package, worth about 78.9 trillion yen including private funds, features a record 55.7 trillion yen fiscal spending to weather the prolonged fallout from the pandemic.

Among the key measures under the stimulus package is 100,000 yen handouts in cash and vouchers to children aged 18 or younger in households where the main earner's annual income is less than 9.6 million yen.

Some of the stimulus measures will be financed by the initial budget for fiscal 2022, to be drafted next month, as well as the government's reserve fund for fiscal 2021 to deal with the pandemic.

To partially fund the handouts for children, the Cabinet approved Friday morning the use of 731.1 billion yen from the reserve fund.