No need to spell out attack options it will soon have, government believes 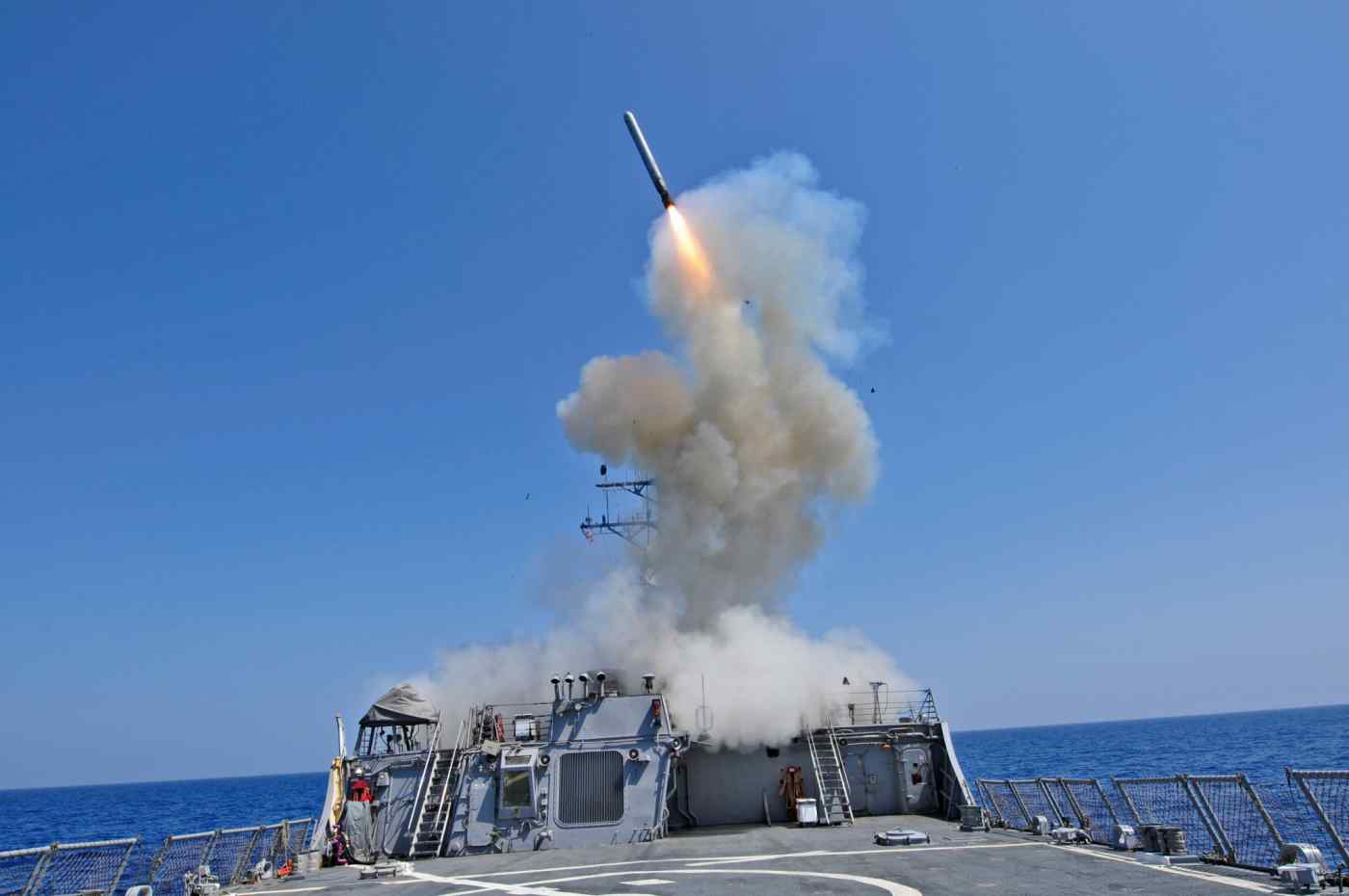 A U.S. destroyer launches a Tomahawk cruise missile in the Mediterranean in this U.S. Navy photo from 2011. Japan has decided to deploy cruise missiles of its own.   © Reuters
MASAYA KATO, Nikkei staff writerOctober 21, 2018 02:37 JST | Japan
CopyCopied

TOKYO -- The Japanese government plans to leave out any mention of the country's ability to strike enemy bases, such as when a missile launch against the country is imminent, from defense guidelines slated to be revised at the end of the year.

The National Defense Program Guidelines spell out Japan's defense capabilities over a decade or so. The current document was drawn up in 2013. The government has held the position that under the constitution, the striking of enemy bases with cruise missiles and other weapons is within the bounds of self-defense if no other means are available.

In recent years, there have been growing calls within the government and the ruling Liberal Democratic Party for Japan to gain the capability to strike enemy bases as a deterrent, considering worsening security conditions due to North Korea's nuclear and missile development as well as China's military buildup.

In recommendations for revising the defense guidelines, an LDP national security panel in May proposed the capability to strike enemy bases to prevent subsequent launches after Japan is struck by a missile.

The Defense Ministry decided last year to deploy long-range cruise missiles with a range of about 900 km. Although then-Defense Minister Itsunori Onodera had said the purpose of the cruise missiles is not to strike enemy bases, a senior ministry official noted that they would give Japan the ability to attack if necessary. Even if the new guidelines do not explicitly mention strike capabilities, that does not mean the government sees no need for that capacity.

Another reason for the omission is to deny the opposition parties an argument against a revision of Japan's constitution.

Prime Minister Shinzo Abe hopes to amend the constitution within the next three years during his final term as LDP president to give the Self-Defense Forces -- the nation's de facto military -- clear statutory recognition. The party plans to submit an amendment proposal to constitution panels of both houses of parliament during the extraordinary Diet session to be convened on Wednesday.

The opposition parties show no signs of a willingness to debate the matter. Any talk of strike capabilities could cause them to stiffen their attitude given potential inconsistencies with Japan's defense-only security policy under Article 9 of the constitution.