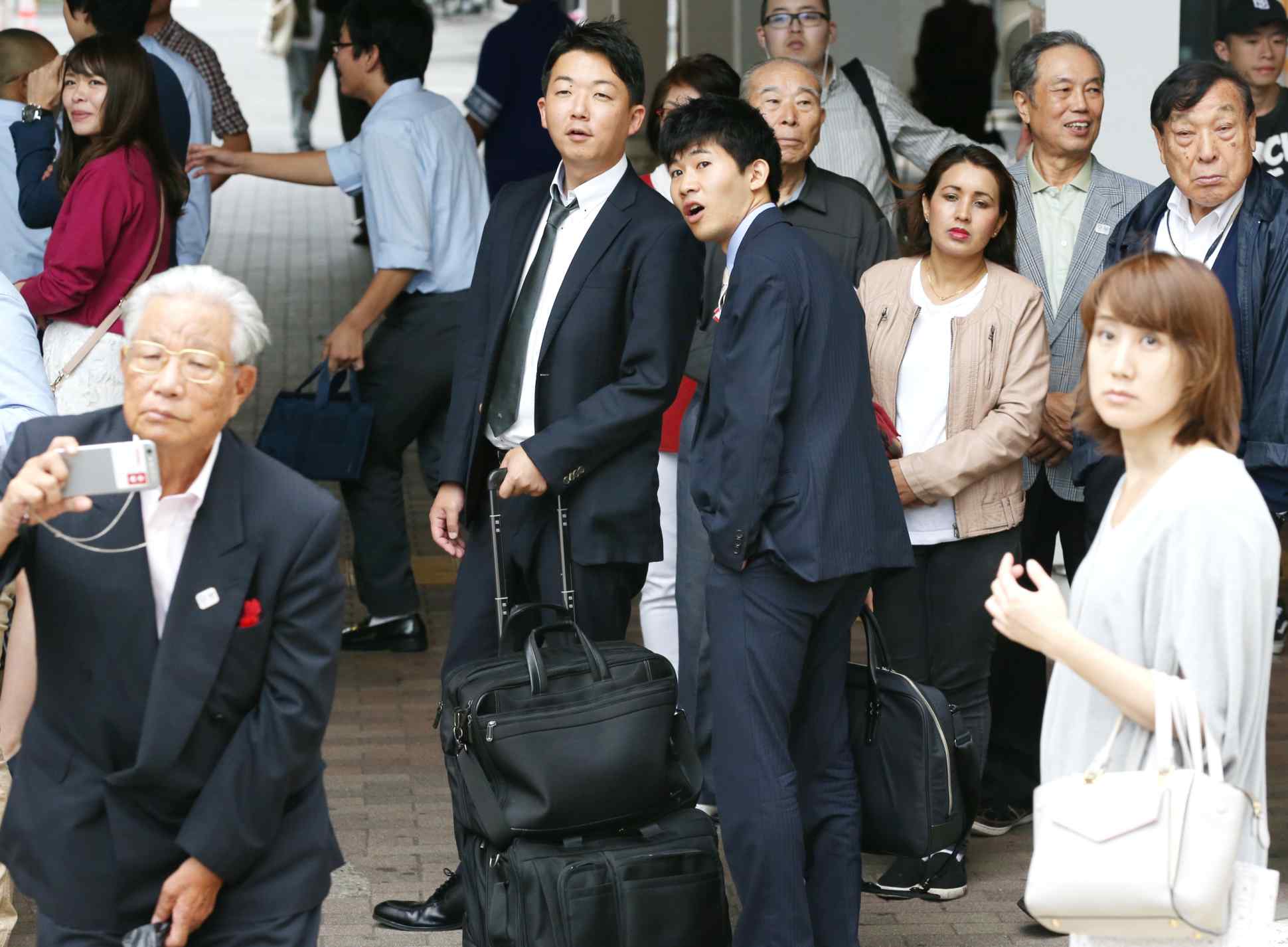 Passersby in Tokyo stop to listen to a stump speech.
Politics

TOKYO -- Japan's ruling Liberal Democratic Party and junior partner Komeito are rapidly gaining momentum as the Oct. 22 general election nears, with the latest Nikkei Inc. poll showing their coalition winning close to 300 of the 465 seats in the Diet's lower house. 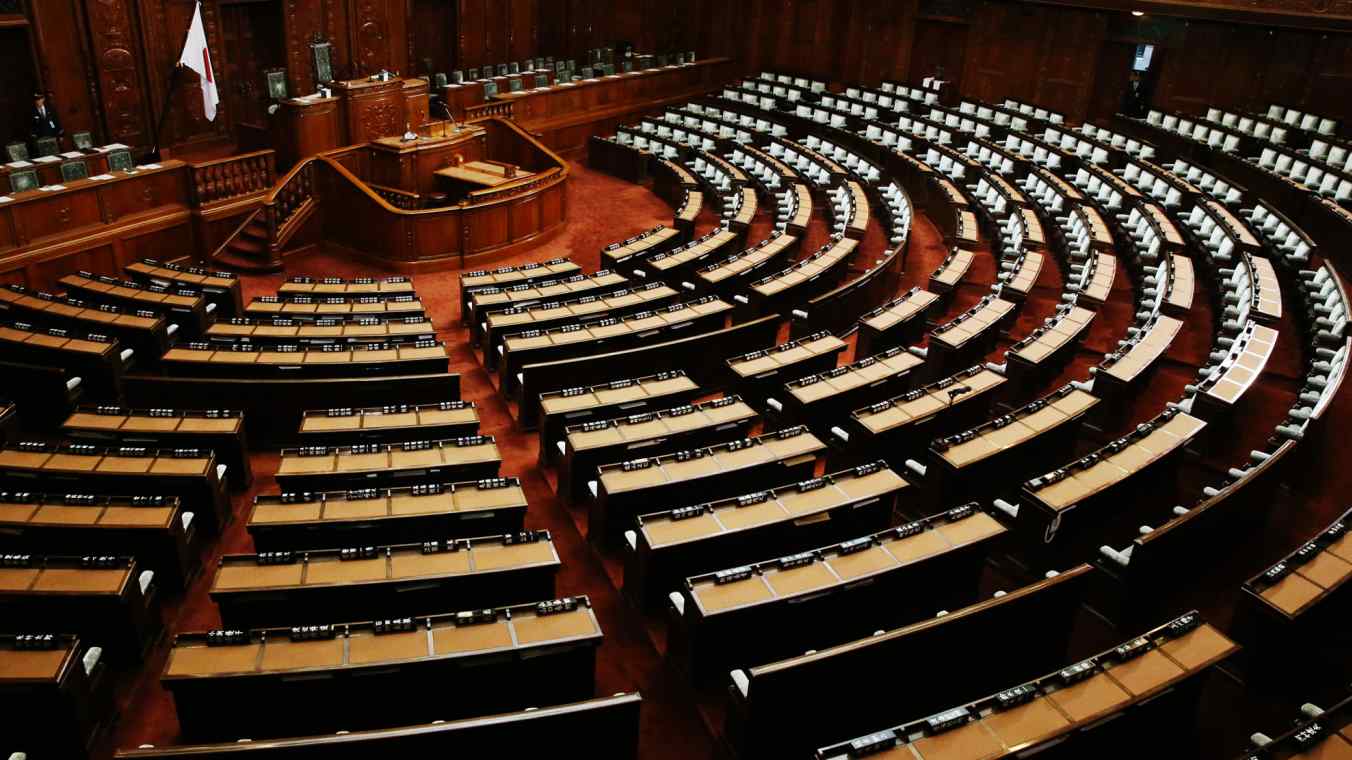 Party of Hope could be the devil's advocate the LDP needs

Tokyo Gov. Yuriko Koike's Kibo no To, or Party of Hope, debuted with great fanfare last month but seems to be struggling in single-seat constituencies amid voter backlash for its refusal to endorse liberal-leaning former Democratic Party members. The governor's party is on track to win around 70 seats, including those through proportional representation.

But in the survey, conducted Tuesday and Wednesday, 28% of voters remained undecided on candidates for single-seat constituencies, and 19% were unsure about their proportional representation choice, leaving a high degree of uncertainty over the outcome of the race.

The Liberal Democrats previously held 290 seats in the lower house. The emergence of the Party of Hope initially seemed a great threat to Prime Minister Shinzo Abe's ambitions for a long reign. But his party now appears to set to win 204 single-seat constituencies and grab another 40 or more if it prevails in closely contested constituencies. It is also expected to pick up 55 or so proportional representation seats.

The poll showed the LDP could capture every seat in seven of Japan's 47 prefectures. The party also is seen taking the lead in the northern Tohoku region and Tokyo -- two areas where it was expected to face an uphill battle.

Komeito is seen retaining the 34 seats it previously held, possibly picking up more through proportional representation. In all, the ruling coalition appears likely to surpass the 244-seat threshold needed to take the chairmanship of all 17 lower house committees and fill at least half of those seats with its own. The ruling camp could even reach the two-thirds majority required to initiate a motion to amend the constitution.

Abe set the bar for victory at 233 seats, or a simple majority, between the LDP and Komeito. Though there was talk that Abe could be held accountable if the party fails to clear that hurdle on its own, there seems little chance of that now.

Meanwhile, the Party of Hope, which is fielding 57 members of the previous lower house, is straining to get a foothold on the national stage, having secured a lead in only three of the 25 districts in its stronghold of Tokyo. Koike's party looks to have a good chance of winning just under 30 seats nationwide -- mostly via former Democrats running under its banner, along with receiving roughly 40 proportional representatives.

For proportional representation, just 16% of respondents named the Party of Hope, compared with the 34% who backed the LDP.

The party is particularly struggling in the nation's capital, where Koike is the governor. The harsh rhetoric she used in refusing to accept left-leaning former Democrats seems to have hurt the image of tolerance the party had tried to project. Hope appears nowhere close to wresting control of the government from the LDP, and it remains to be seen whether the upstart party can shore up support ahead of the vote.

The Constitutional Democratic Party of Japan, launched by those Democrats deemed too liberal by Koike to run on her party's ticket, appears headed for victory in more than 10 single-seat constituencies while collecting more than 30 proportional representation seats, giving it a shot at becoming Japan's third-largest party.

The Japanese Communist Party and the Japan Innovation Party are seen winning about 20 and 10 seats, respectively, with another 30 or so seats expected to go to independent candidates.

The price of bickering

In addition to the Democratic Party's damaging split, the division among opposition forces has helped the ruling coalition. Opposition parties have managed to field a unified candidate in only 61 of the 289 single-seat constituencies, many of which have turned into close races.

But more than half the districts face a three-way contest among candidates backed by the ruling coalition, a second grouping consisting of the Party of Hope and Japan Innovation and a third faction with the Communists, Constitutional Democrats and Social Democrats. The Nikkei poll suggests the opposition could win many more districts should its conservative and liberal wings come together.

The ruling coalition also has taken the lead in most of the 51 districts where three or more opposition candidates are running.

The race has garnered much public interest, with 69% saying they "definitely" will vote and another 25% that they will try to. The large number of undecided voters and independents suggests that a higher turnout could sway the result.

The survey was conducted via random-digit dialing, receiving valid responses from roughly 78,000 respondents for a response rate of 60.1%.