Abe says Japan's consumption tax can stay at 10% for decade 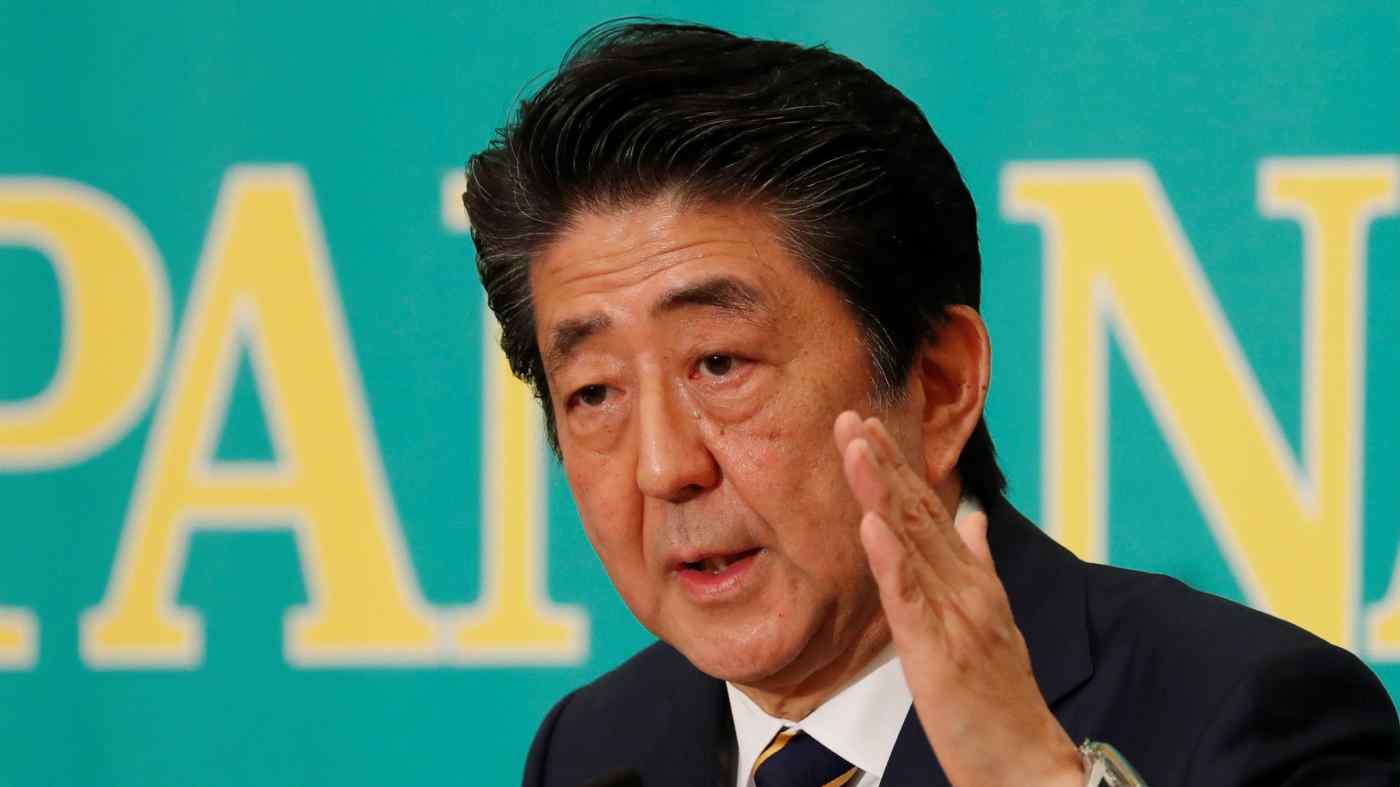 TOKYO -- Japan will not need to raise its consumption tax for another 10 years after the rate goes up to 10% in October, Prime Minister Shinzo Abe said on Wednesday.

Abe spoke in Tokyo at a debate with opposition party leaders, one day before the official start of the campaign for the Diet upper house election on July 21. Voters will choose among candidates for 124 seats, roughly half the membership of the parliamentary chamber.

"I have absolutely no plan to raise the tax rate further during my administration," said Abe, the leader of the ruling Liberal Democratic Party, adding that such a hike would not be necessary "for around 10 years."

Japan's consumption tax rate rises to 10% in October from the current 8%. Consumption tax hikes in 1997 and 2014 were followed by serious downturns in the economy, and Abe has twice postponed the planned increase to 10%.

Though Abe intended to assure the public that new tax hikes will not happen any time soon, his statement risks hampering the country's efforts to balance its budget. Japan has the largest debt among developed nations, as a ratio of gross domestic product.

"We cannot raise the tax while a consumers recession is underway," said Yukio Edano, who heads the center-left Constitutional Democratic Party of Japan. "The people have doubt that the consumption tax is really used for social security as it should be."

Edano drew agreement from Yuichiro Tamaki, the leader of the Democratic Party for the People.

"Now is the time to improve household finances, if you think of the economic situation," Tamaki said. "We should not raise the consumption tax" in October.

Leaders of both the Japanese Communist Party and the conservative Nippon Ishin no Kai also called for halting or suspending the October rate increase.

Abe also touched on constitutional reform. "Making clear the status of the Self-Defense Forces in the constitution is a fundamental requirement for our defense," the prime minister said.

Regarding President Donald Trump's recent comment calling the U.S.-Japan security treaty "unfair," the Japanese leader said that he had told Trump the relationship is reciprocal.

Opposition leader Edano criticized Abe's stance as weak-kneed and pressed him to let Washington know in unequivocal terms that the relationship is reciprocal.