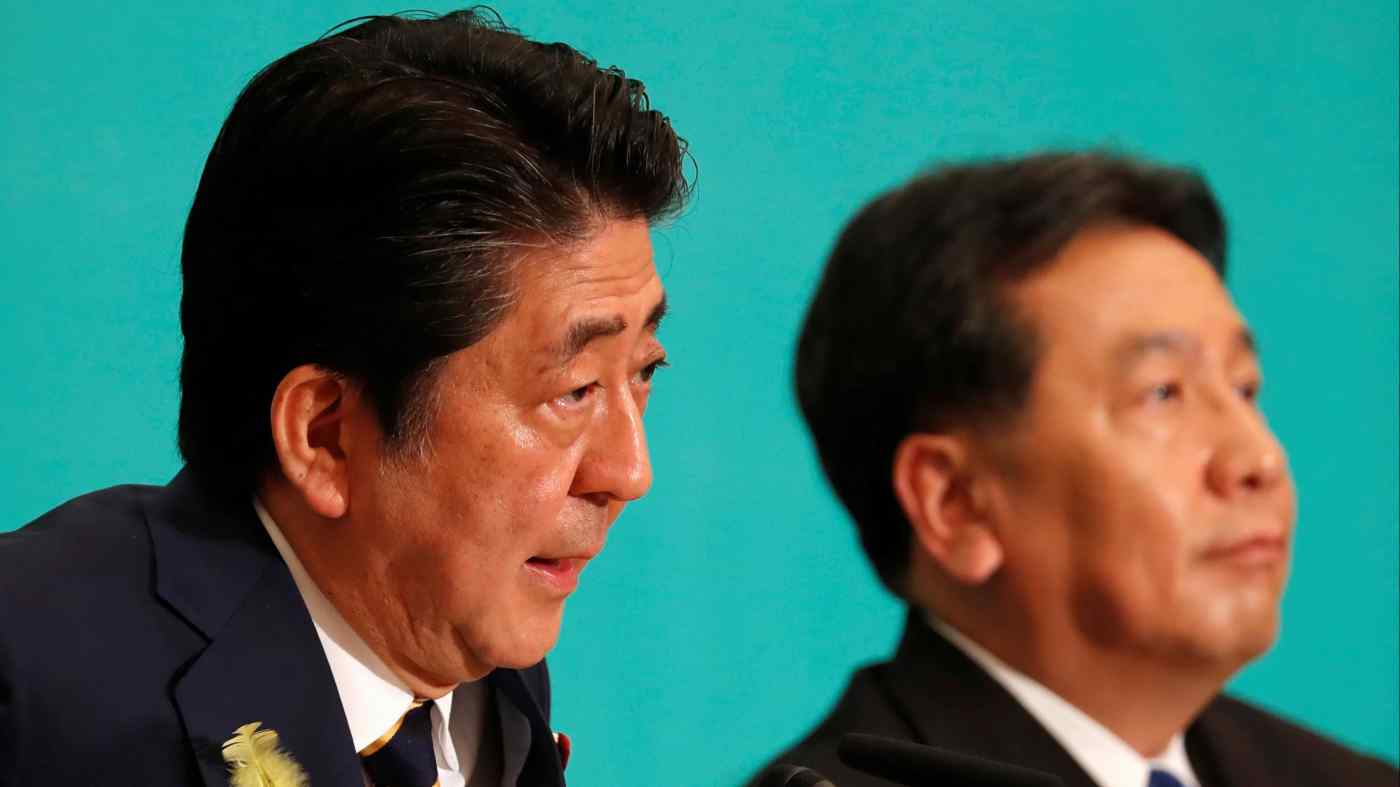 TOKYO -- The campaign for Japan's upper house election officially kicked off on Thursday, with Prime Minister Shinzo Abe's ruling coalition likely to see off a splintered opposition in the July 21 vote.

A wide range of issues will be raised over the coming weeks. Opposition parties are attacking Abe's Liberal Democratic Party over the state of the country's pension system and its plan to raise the consumption tax. The prime minister will be looking for a large victory that will help advance the debate over his long-held ambition of revising Japan's postwar constitution.

Abe has led the LDP to five national election wins since returning as party leader in 2012, and is on course to become the country's longest-serving prime minister in November.

Here are five things to watch out for ahead of the House of Councilors election:

Why is the election important?

The election will gauge people's confidence in an administration that has been in power for more than six years.

Abe has stressed the need for stability, saying: "The biggest issue to be debated at the upcoming election is whether we want to accelerate reforms befitting a new era under political stability, or slide back into an era of chaos."

The government is also preparing to hike the sales tax to 10% from the current 8% in October. The move has triggered a public backlash because previous increases in 1997 and 2014 were followed by serious economic downturns.

Voters will also be able to judge Abe on his recent diplomatic moves, such as the tightening of controls on exports of semiconductor materials to South Korea -- relations with which have deteriorated in recent years -- and his plan to write the Self-Defense Forces clearly into the constitution.

How does the election work?

Members of the upper house serve six-year terms, with about half the seats up for grabs every three years. Voters select candidates through a mixture of proportional representation and constituency races.

Abe has said his victory line for his LDP-Komeito coalition is to maintain a majority, or 123, of the slots in the 245-seat chamber. Holding 70 of the seats in the uncontested half, the coalition needs to win 53 to keep control of the house.

The focus will be on whether the ruling parties and others who advocate constitutional reform can pick up 86 seats to get a two-thirds majority. Abe would need such a majority in both upper and lower houses to hold a national referendum on a constitutional amendment.

The LDP needs to win 67 seats for a stand-alone majority in the upper house.

What do the polls say?

Some 55% of respondents to the latest Nikkei-TV Tokyo survey said they want the ruling coalition to retain control of the upper house. About 68% of people under 40 wanted to keep the status quo, compared to 47% of people aged 60 and over.

Of those surveyed, 34% favored a different party to the LDP. However, their vote is split among three or four opposition parties, including the main opposition Constitutional Democratic Party of Japan.

How big is the pension issue?

The LDP could run into some difficulties if the opposition manages to put the state of the pension system at the heart of the election campaign.

A report by a Financial Services Agency panel last month stated than an elderly couple would need 20 million yen ($184,000) in assets -- on top of pension benefits -- if they live another 30 years after retirement. The document caused a public uproar, and led the government to take the rare step of refusing to receive the report.

Pension benefits account for 66% of the average income of people aged 65 or older, according to a Health, Labor and Welfare Ministry survey. Over 50% of the elderly households surveyed said that pension benefits were their only income.

"Many voters are angry that even after the report came out, the government is not responding to their worries that they cannot sustain their post-retirement life relying on the pension benefits they are and will likely be receiving," CDPJ leader Yukio Edano said at a Diet debate last month.

What happens if the LDP loses its majority?

If the LDP loses its stand-alone majority, junior coalition partner Komeito will gain a stronger voice in future decision making. Komeito is more reluctant than the LDP to spell out the legal status of the Self-Defense Forces in the constitution's war-renouncing Article 9.

Komeito has been forced to accept several bills proposed by the LDP since the start of the current administration in 2012. These include new security laws and bills to legalize and promote casinos.

Some past prime ministers have suffered after failing to gain a majority in the less powerful upper house.

During Abe's first spell as premier in 2007, his ruling LDP lost by a landslide in the upper house to the main opposition Democratic Party. This resulted in a so-called twisted parliament, that ultimately led to the LDP losing the lower chamber in 2009.