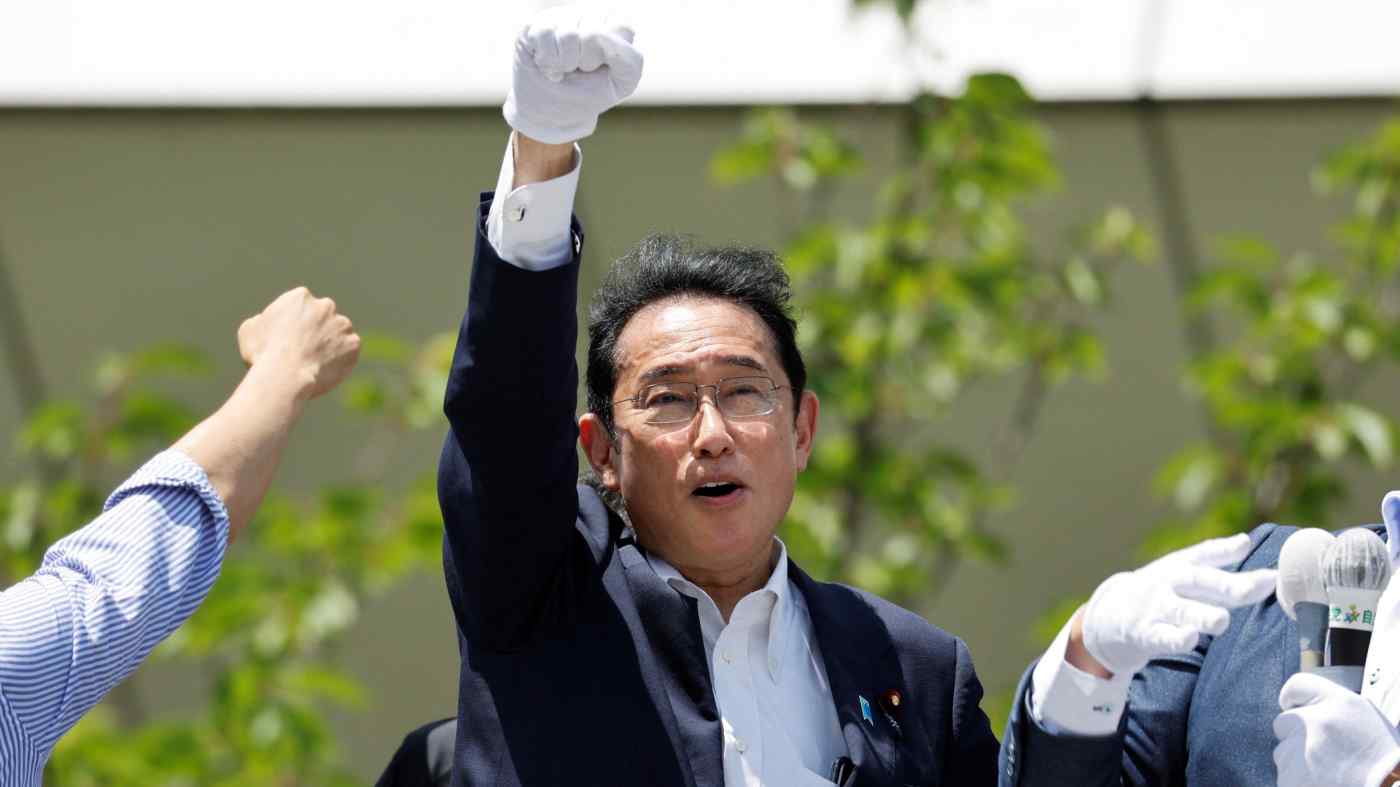 TOKYO -- Japan's ruling coalition is within reach of a majority in the July 10 upper house election, a Nikkei poll shows, with the largest opposition party expected to struggle.

Prime Minister Fumio Kishida's ruling Liberal Democratic Party is projected to win about 60 seats on its own, out of the 125 up for grabs, beating its previous upper house tally and matching a performance achieved only twice in the past.