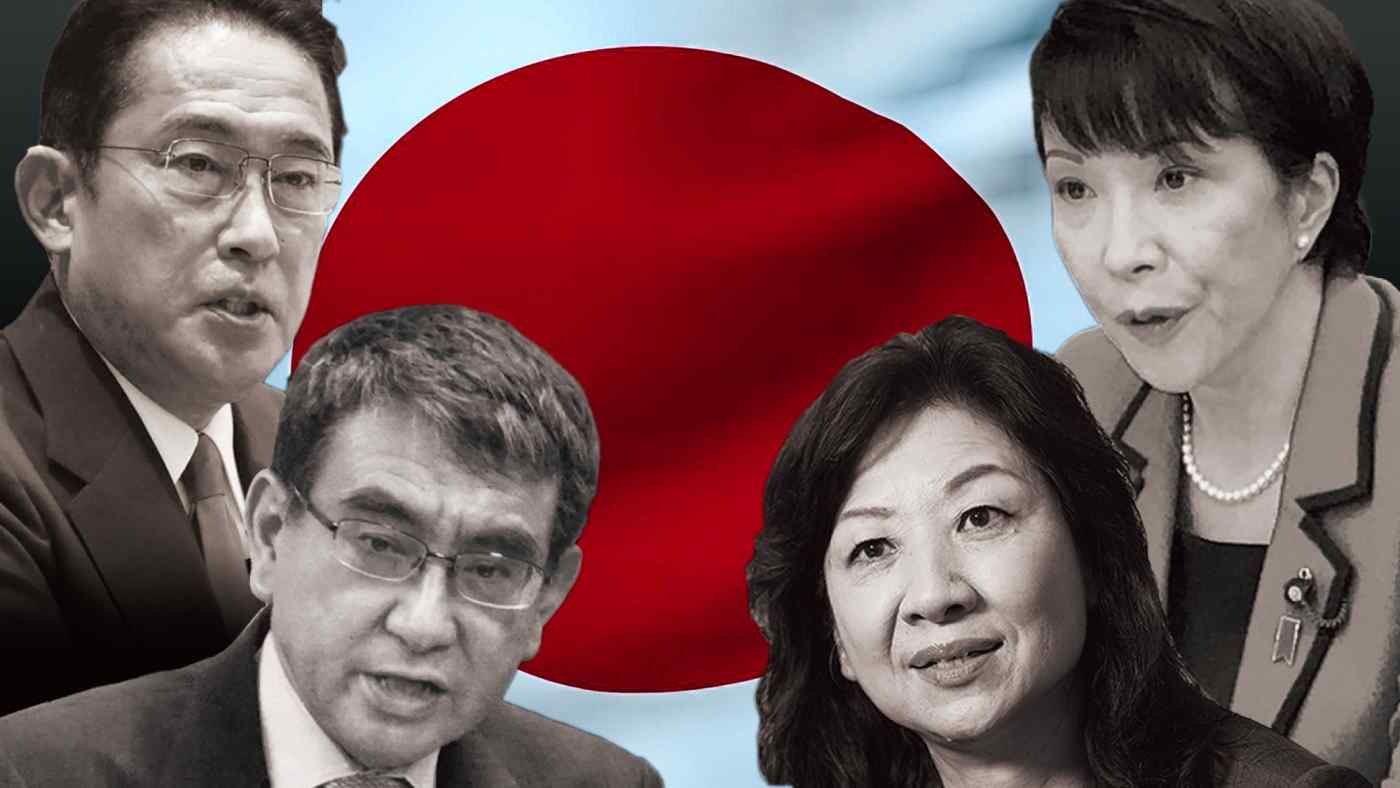 TOKYO -- There has never been such diversity of views among candidates to lead Japan's ruling Liberal Democratic Party as it kicks off its triennial presidential campaign on Friday.

One favors same-sex marriage and is openly opposed to nuclear power, while another is against married couples even having different surnames and advocates giving Japan the military capability to strike enemy bases. Another hopeful has staked out a centrist position, calling for modest change on almost every issue.