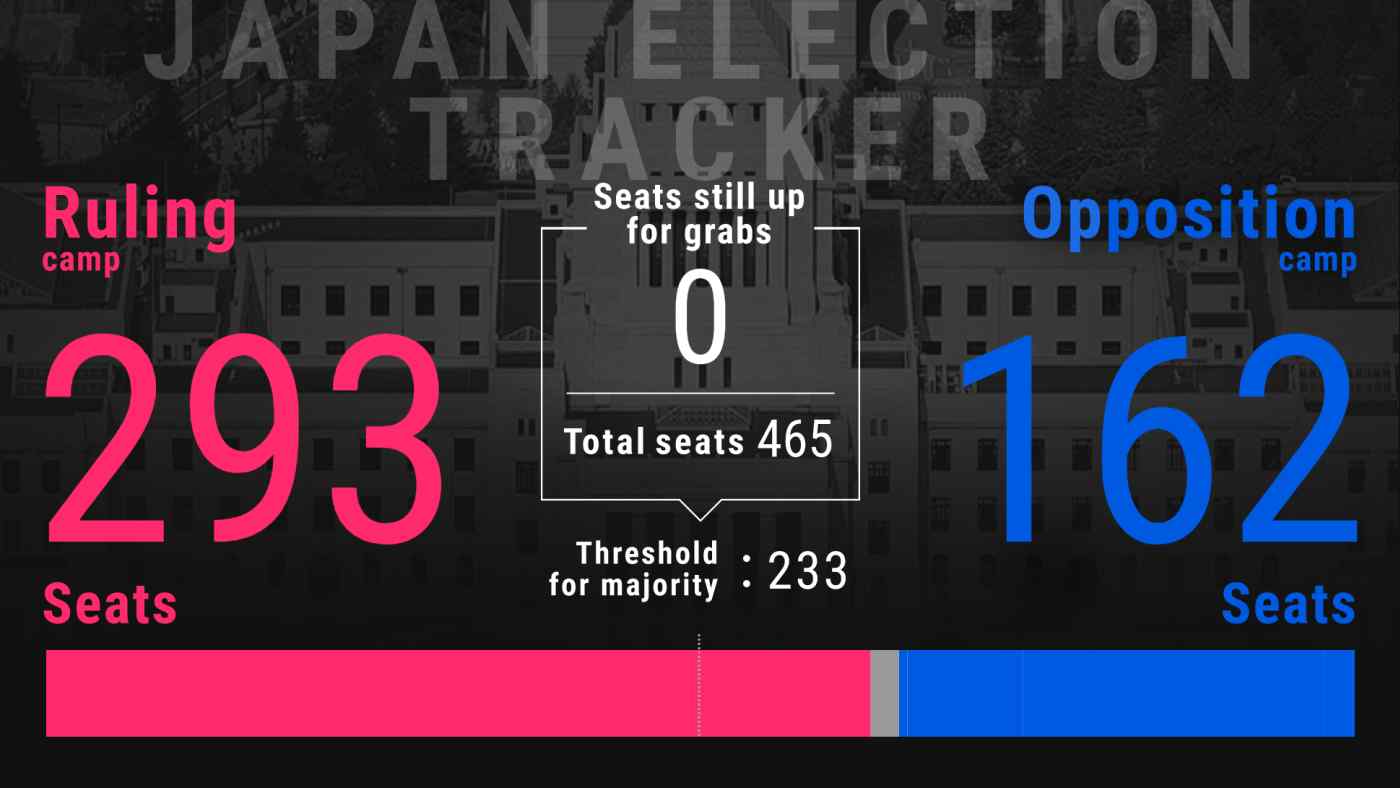 Despite the LDP's worst showing since 2009, the party and junior coalition partner Komeito maintained a comfortable majority. The victory puts Prime Minister Fumio Kishida clear of the low target he set for the ruling camp of winning a simple majority.