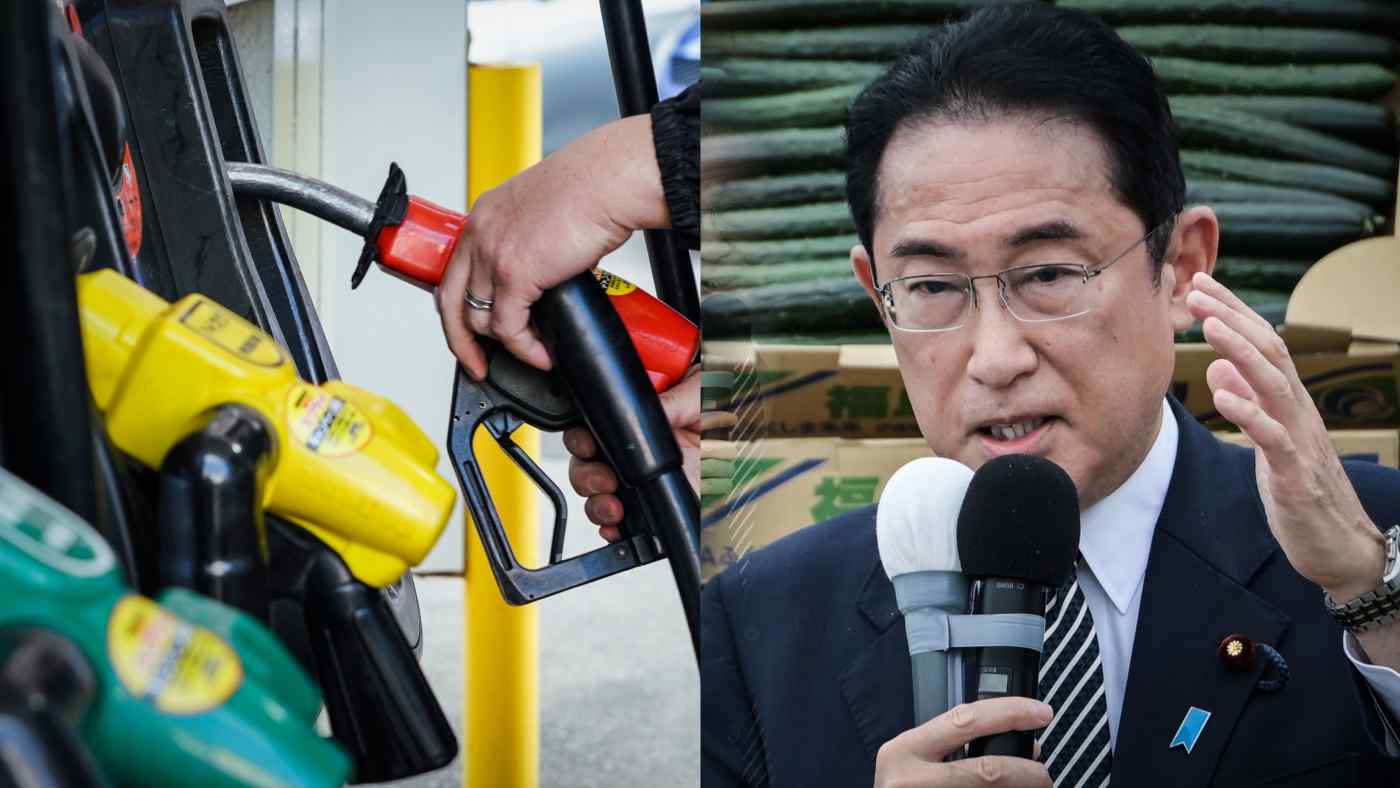 TOKYO -- Japanese Prime Minister Fumio Kishida is doubling down on a costly battle to protect households from rising food and energy prices as criticism over his government's response casts a shadow over next month's upper house election.

In recent weeks, Kishida's government has ramped up gasoline subsidies, launched a program aimed at curbing electricity costs and vowed to keep wheat products from becoming more expensive. The import-dependent economy is facing growing pressure from a falling yen, but the prime minister has called for the central bank to maintain its policy of monetary easing, warning that raising interest rates would be damaging for small businesses.

"Now is not the time to alter it," he said of monetary policy at a debate with other party leaders on June 21.

But inflation is biting into Kishida's popularity just weeks before the July 10 election, in which his heavily favored ruling Liberal Democratic Party is aiming to win the majority of the 125 contested seats.

A recent Nikkei poll found that Kishida's overall popularity dipped to 60% from 66% in May, the peak since he took office last October. Sixty-four percent of the respondents said they "cannot tolerate" Japan's recent inflation, while just 29% said they can.

Prices of everything from beer to belt-conveyor sushi and cup noodles have either been raised already or will be hiked in the coming months. Tokyo Electric Power Co. Holdings (TEPCO) has raised electricity rates for 11 consecutive months through July.

In contrast, wage growth remains stagnant. Real wages adjusted for inflation fell 1.2% in April, according to the Ministry of Health, Labor and Welfare.

Opposition parties are latching onto citizens' frustration. Kenta Izumi, head of the Constitutional Democratic Party of Japan, has called rising prices "Kishida inflation" and criticized the prime minister for taking "no specific measures for issues such as food." Yuichiro Tamaki, leader of the Democratic Party for the People, has called for handing out an "inflation allowance" of 100,000 yen ($740) to people suffering from rising prices. 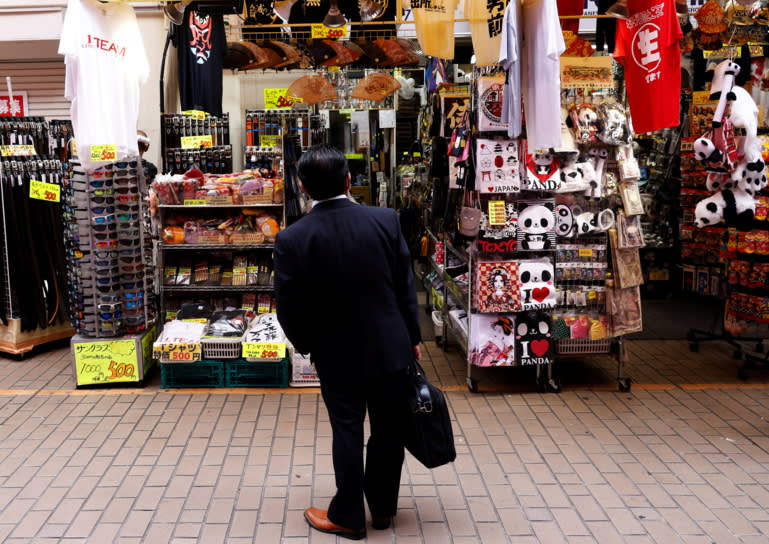 A man peers into a shop in the Ameyoko district in Tokyo. Japan's rising inflation rate is putting pressure on consumers -- and the government.   © Reuters

Political leaders across the Asia-Pacific region and worldwide are grappling with inflation. Anthony Albanese, the new Australian prime minister, gained popularity in part by accusing predecessor Scott Morrison of poorly handling the rise in living costs. Philippine President-elect Ferdinand Marcos Jr. has named himself the head of the country's agriculture department to tackle rising food prices.

Now Kishida finds himself in a delicate position.

The BOJ has stuck with its policy of monetary easing even as its counterparts in the U.S., Australia, South Korea and elsewhere have begun to raise interest rates. That has accelerated the sell-off of the yen, which hit a fresh 24-year-low of 136 yen to the dollar on Tuesday. It strengthened to the 134 yen range on Friday morning.

Ryutaro Kono, chief economist at BNP Paribas Japan, said the consumer price index may rise to the upper half of the 2% range if the yen is at 135 per dollar, and may temporarily hit 3% if the currency weakens further to mid-140s range per dollar.

Kishida has also formed a task force to tackle rising food and energy prices. In its first meeting, he said a portion of the 5.5 trillion yen in reserve funds in the state budget will be used to compensate households that save electricity. Households that use less power during the summer will receive reward points from their electricity provider, which can be converted into points for other services.

Meanwhile, the government has decided to keep the price of imported wheat that it sells to flour milling companies at 72,530 yen per ton until September, despite rising import costs. Kishida recently said he will curb price hikes for bread and noodles beyond October if import costs keep rising.

Some experts question the effectiveness of the policies. "Gasoline subsidies benefit companies and high-income earners," said Kono of BNP Paribas Japan. "They can also be a factor in worsening the trade balance by increasing gasoline consumption and thus gasoline imports. A widening trade deficit could lead to a vicious cycle of a weaker yen, which in turn drives up import prices."