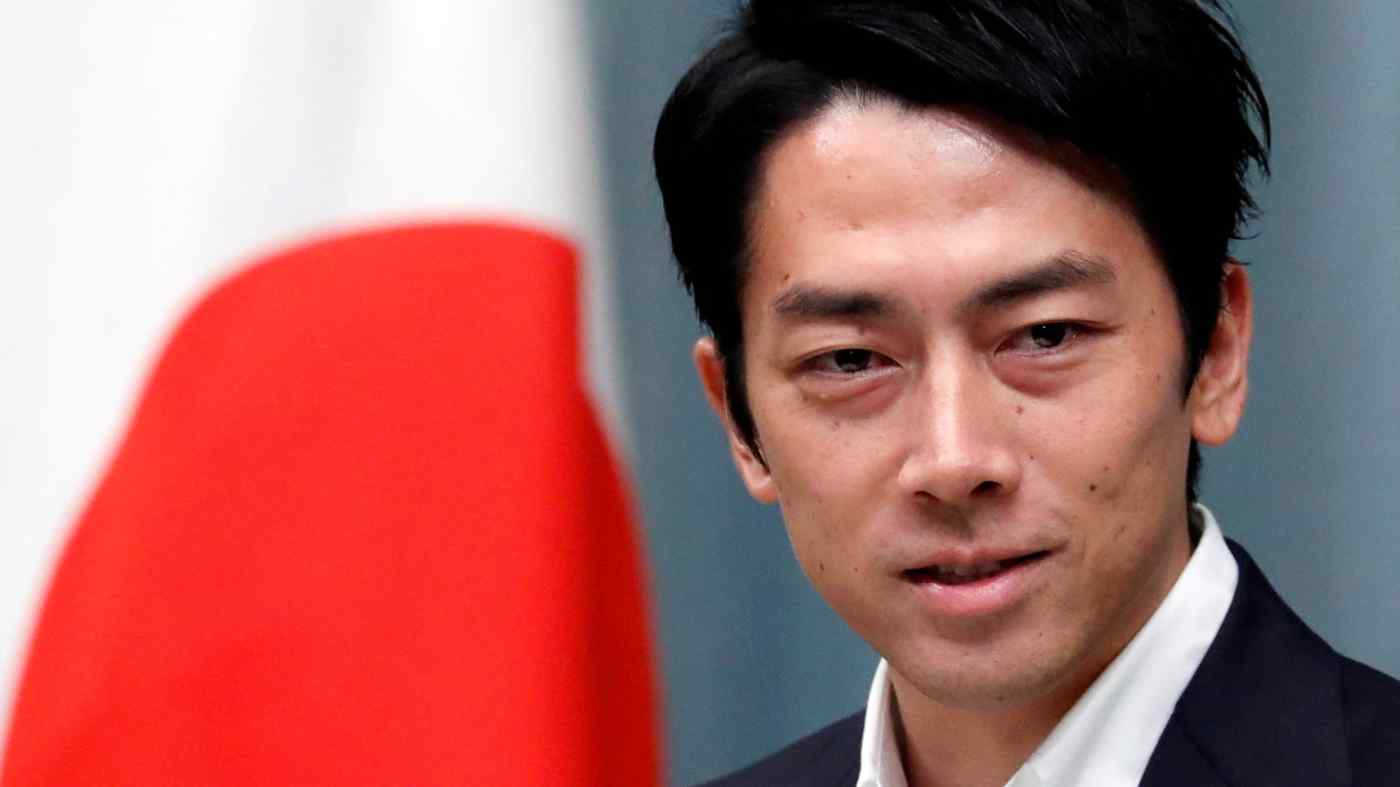 TOKYO -- Japanese Environment Minister Shinjiro Koizumi said Tuesday that he will back vaccine point man Taro Kono to become the next leader of the ruling Liberal Democratic Party.

"It's clear who can be the leader to breathe new life into the party and to change both the LDP and Japan," Koizumi told reporters. The winner of the party's presidential race would be poised to succeed outgoing Prime Minister Yoshihide Suga.

Kono, who also serves as administrative reform minister, is considered the front-runner for the Sept. 29 party vote. But the Hosoda faction, the largest of the LDP's intraparty groups, said Tuesday that its members will back one of two other candidates: former internal affairs minister Sanae Takaichi or former LDP policy chief Fumio Kishida.

"It's clear that they will support anybody but Kono," said the environment minister, a rising star in the LDP and son of former Prime Minister Junichiro Koizumi. He urged younger lawmakers to rally behind Kono, especially those serving their first to third terms.

Kono and Shinjiro Koizumi are close, both representing districts in Kanagawa Prefecture, which includes Yokohama. Koizumi had said in 2020 he would support Kono, had the latter decided to run in the previous LDP leadership race that year. Sanae Takaichi speaks to supporters at the launch ceremony for her campaign headquarters on Sept. 14.

Meanwhile, Takaichi set up her election headquarters on Tuesday. A launch ceremony that day was attended by 71 people, including 39 lawmakers and others represented by proxy. The endorsement of 20 lawmakers is needed to run in the LDP's presidential race.

Takaichi, who has been endorsed by former Prime Minister Shinzo Abe, aims to draw support from throughout the party.

"I plan to win now that I'm running," she said. "I will be committed to making my policies a reality as I fight this battle."