LDP goes to polls: Kishida-Kono showdown for next prime minister 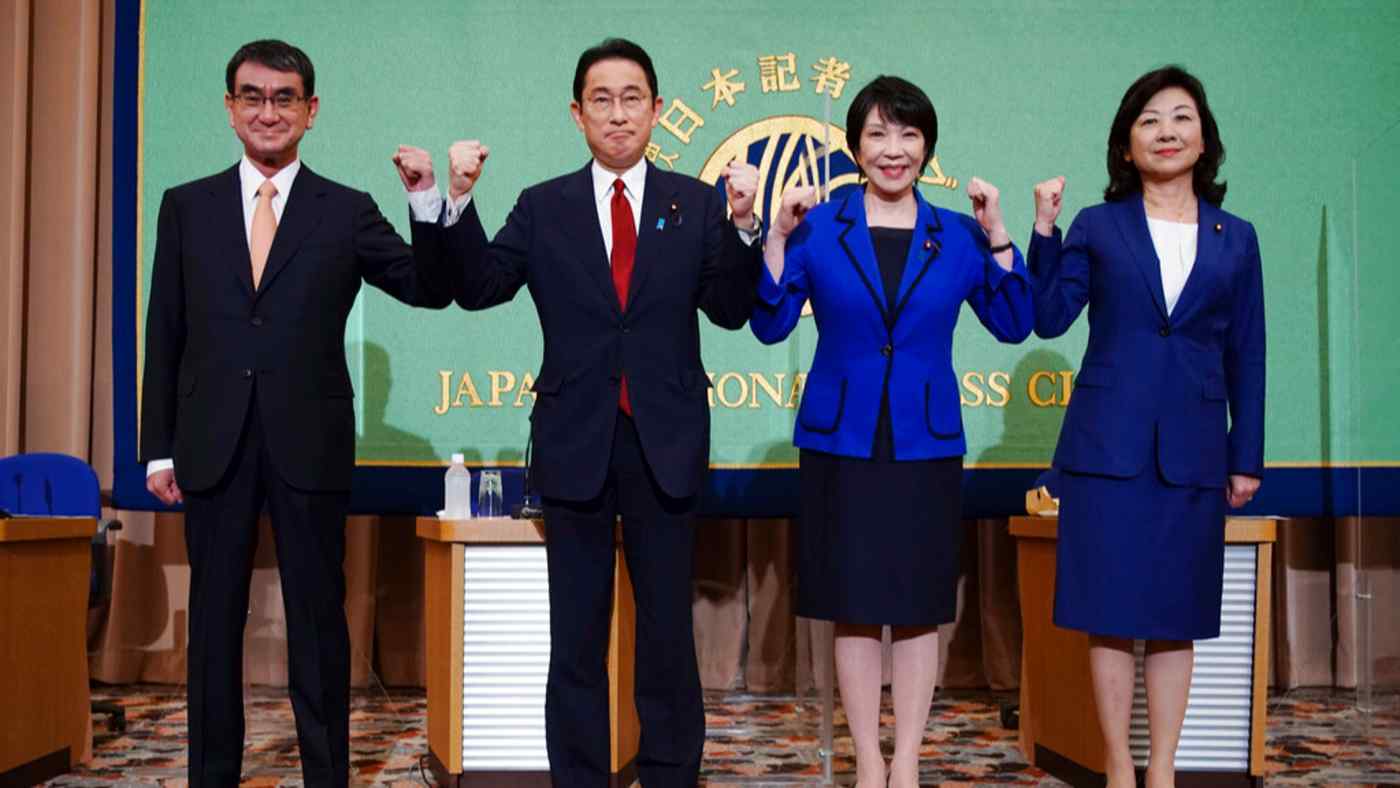 The victor will hold a press conference in the evening and immediately begin making appointments to key party posts. He or she will be elected prime minister in a special parliamentary session Oct. 4, and a new cabinet is expected to be put in place that day.

The results will be closely watched in capitals of the Quad -- Japan's partners the U.S., India and Australia -- as well as in Beijing and Moscow. Michael Green, senior vice president for Asia at the Washington-based Center for Strategic and International Studies, on Tuesday described the party election as a vote to decide "the leader of the liberal order in Asia."

Candidates are vying for a total of 764 votes in the first round, split evenly between LDP lawmakers and rank-and-file party members.

Diet members will cast their ballots at a Tokyo hotel. These will be tallied alongside ballots from party members cast by Tuesday, determining the allocation of their 382 votes. The results will be announced around 2:20 p.m.

If no single candidate receives a majority -- as is currently expected -- the top two will proceed to a runoff where lawmakers hold most of the power. Members of parliament will still have 382 votes in total, while party members will get 47, each distributed to the top choice in each prefecture.

The final results will be announced around 3:40 p.m., after which the new party leader will hold a press conference at 6 p.m.

Kono, the general public's favorite in a recent Nikkei/TV Tokyo opinion poll, is expected to win a sizable share of votes from rank-and-file party members. Among lawmakers, he has support from younger members across a few LDP factions.

Takaichi is backed by some in the Hosoda faction -- her former camp and the LDP's largest -- and previous Prime Minister Shinzo Abe, her mentor and a party heavyweight, along with other conservatives. Takaichi's campaign has gained momentum on social media, which could point to her outperforming expectations in the rank-and-file vote.

Noda, a former minister for internal affairs and communications, has struggled to gain traction among lawmakers.

Kono is widely expected to lead in the first round but will probably fall short of a majority, taking him to a runoff, likely with Kishida.

A second vote will spur more intense maneuvering among lawmakers, given their more decisive role in that round. While Kishida's faction is largely behind its leader, the other six have yet to fall in line behind a candidate.

Deal-making attempts are afoot. Kono is urging cooperation to establish a clear face of the party in the upcoming general election. Kishida is reaching out to lawmakers supporting Takaichi, while Takaichi's camp is encouraging Kishida supporters to cast their votes for Takaichi should she come in second.

CSIS' Green, a former senior director for Asia on President George W. Bush's National Security Council, said: "I have not heard anyone in the U.S. government say that any one candidate is good or bad."

But "the betting is Kishida has the strongest position," Green said.

A safe, predictable candidate, Kishida is "an inside man" who has the support of the party leaders, he said.

Kono, meanwhile, is "an outside man," admired for his charisma but less predictable and seen as a maverick, Green said.