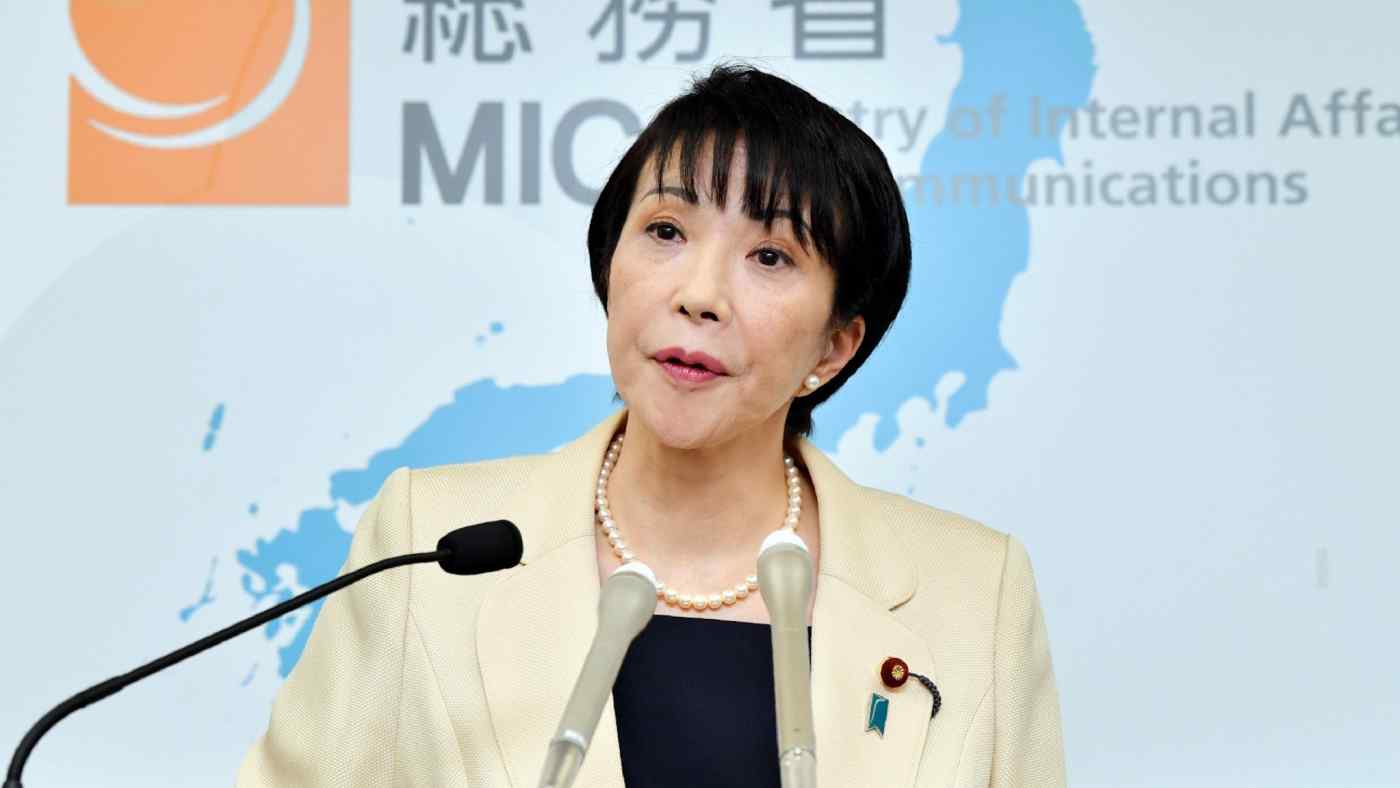 TOKYO -- A new contender poised to join the race to succeed Japanese leader Yoshihide Suga could become the country's first female prime minister, as former communications minister Sanae Takaichi intends to declare her candidacy for the top post in the ruling party, Nikkei has learned.

Takaichi, one of the most prominent female cabinet members in recent years, is an ally of former Prime Minister Shinzo Abe. She has Abe's support to seek the leadership of Japan's ruling Liberal Democratic Party in the Sept. 29 vote. Takaichi is expected to announce her vision for government as early as this week.