Neither Kono nor Kishida expected to improve Tokyo-Seoul relations 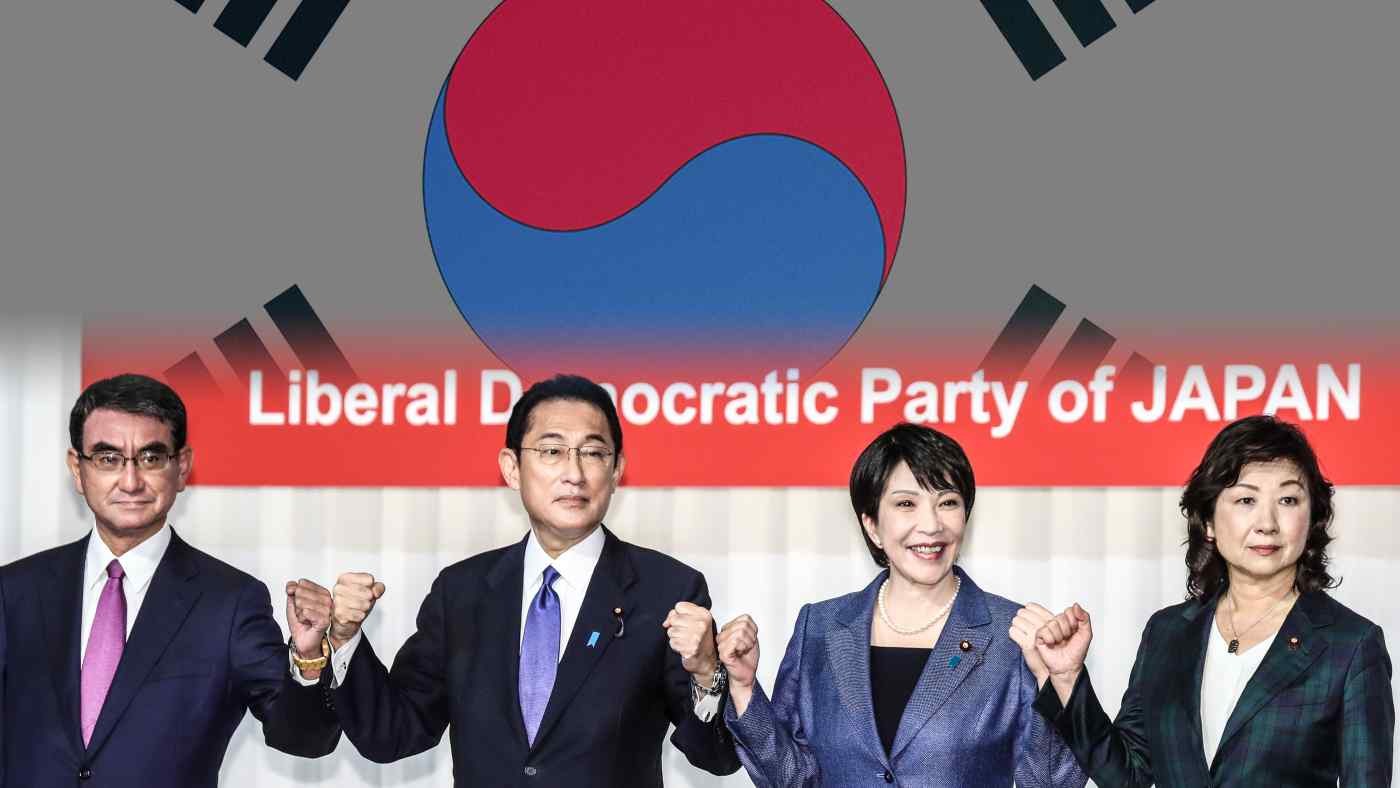 South Korean analysts are skeptical as to whether any of the candidates running for the leadership of Japan's ruling party will improve ties between Seoul and Tokyo. (Source photos by AP and Koji Uema)
KIM JAEWON and MITSURU OBE, Nikkei staff writersSeptember 27, 2021 17:40 JST | South Korea
CopyCopied

SEOUL/TOKYO -- None of the four candidates running in Wednesday's election to lead Japan's ruling party are likely to break through Seoul and Tokyo's icy relationship, South Korean analysts say.

The two neighbors are at loggerheads over issues stemming from Japan's occupation of the Korean Peninsula (1910 to 1945). They remain at odds over compensation for Koreans forced to work for Japanese companies during World War II, and the so-called comfort women who worked in Japanese military brothels. The sovereignty of the South Korean-controlled islets in the Sea of Japan -- known as Dokdo in South Korea and Takeshima in Japan -- is also driving a wedge between the U.S. allies.