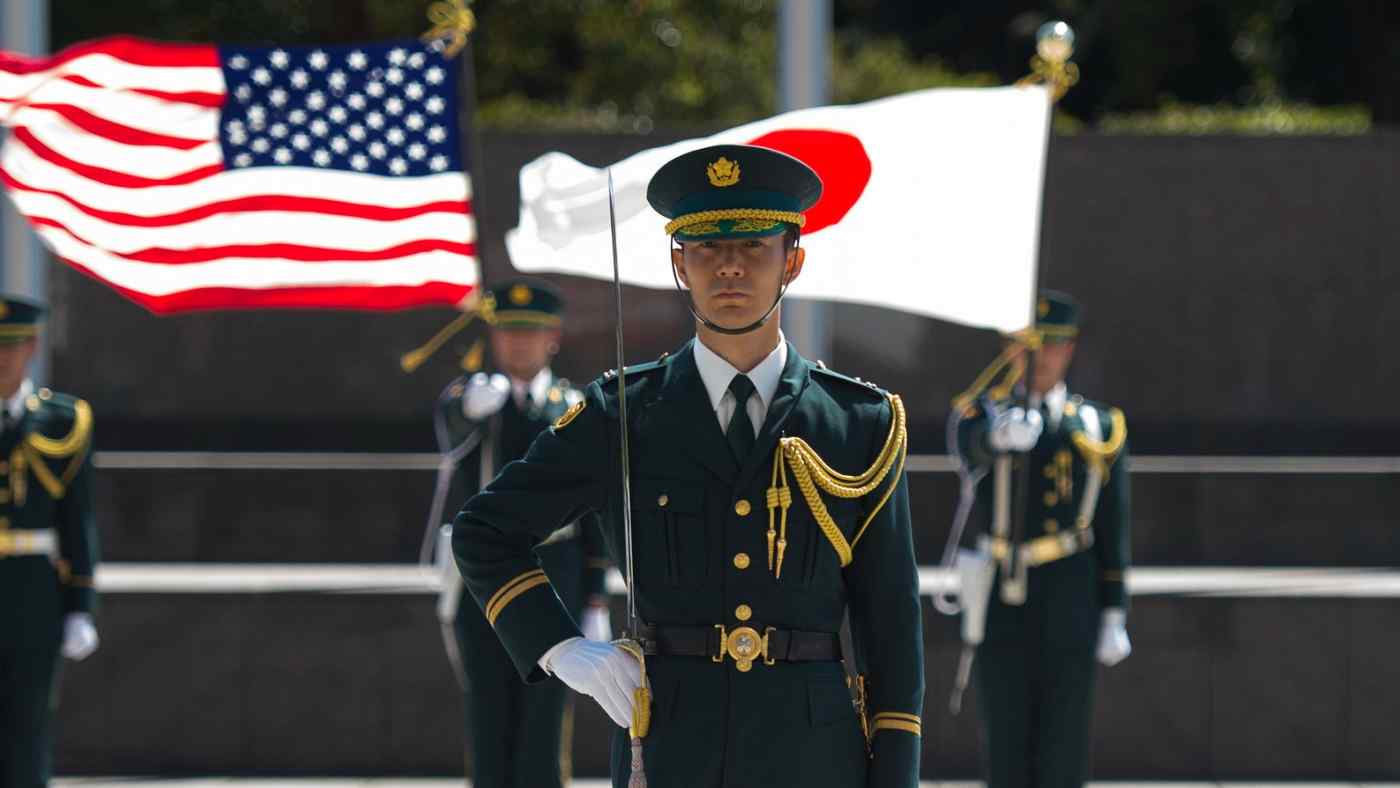 A member of the Japan Self-Defense Force honor guard stands at attention during a ceremony at the Ministry of Defense in Tokyo. (Photo courtesy of the Department of Defense)
KEN MORIYASU, Nikkei Asia chief desk editorNovember 2, 2021 07:19 JST | Japan
CopyCopied

NEW YORK -- The solid win by Prime Minister Fumio Kishida's coalition in the general election Sunday has been welcomed in Washington as a sign of continuity. But focus is quickly shifting to the size of Japan's defense budget, which the ruling Liberal Democratic Party has vowed to increase.

As U.S. President Joe Biden struggles to fund his domestic agenda, hope is growing that such allies as Japan can significantly raise their defense spending to better share the burden.