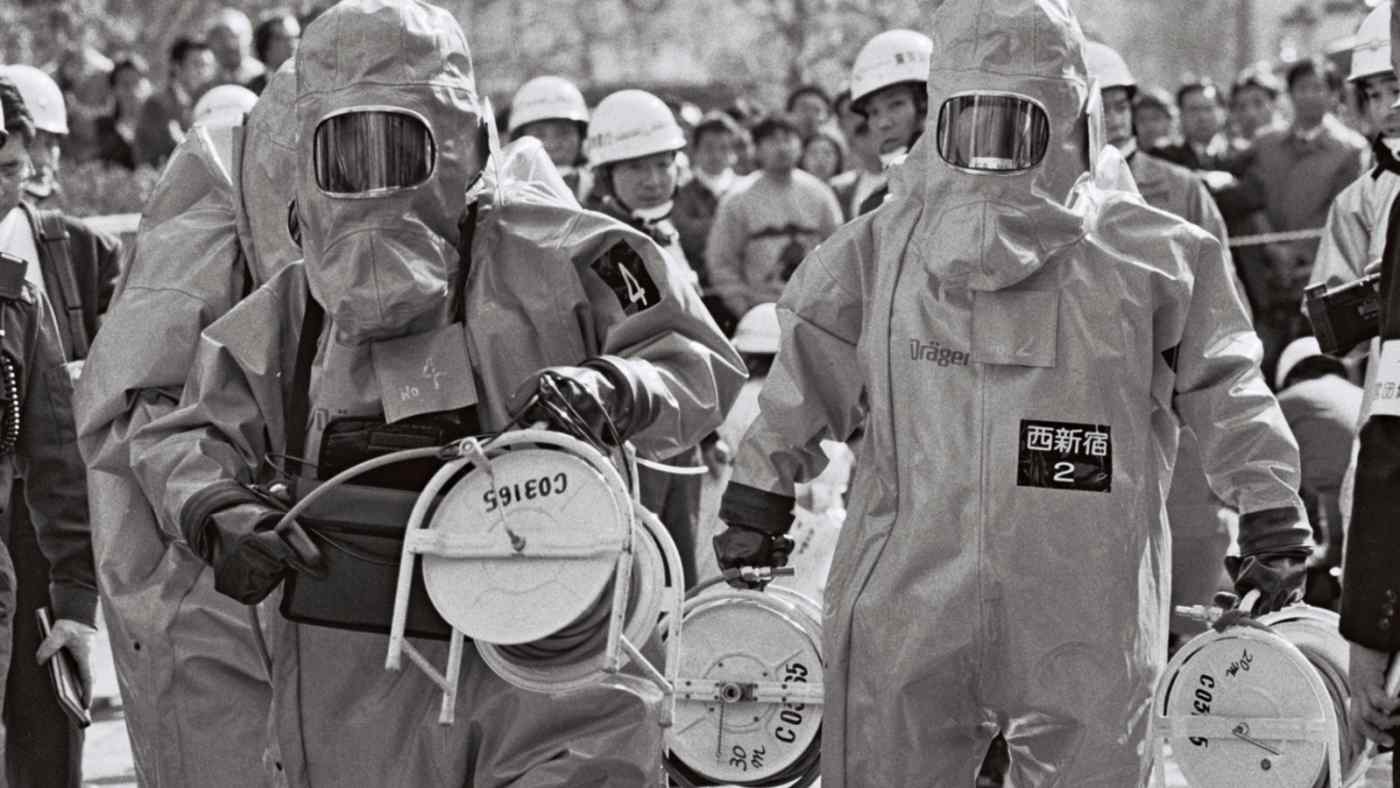 The six -- Satoru Hashimoto, Toru Toyoda, Kenichi Hirose, Yasuo Hayashi, Masato Yokoyama and Kazuaki Okazaki -- were convicted of involvement in one or more of three crimes -- the 1995 sarin nerve gas attack on the Tokyo subway system, another sarin attack in Matsumoto, Nagano Prefecture, in 1994, and the murders of a lawyer, his wife and their baby son in 1989.