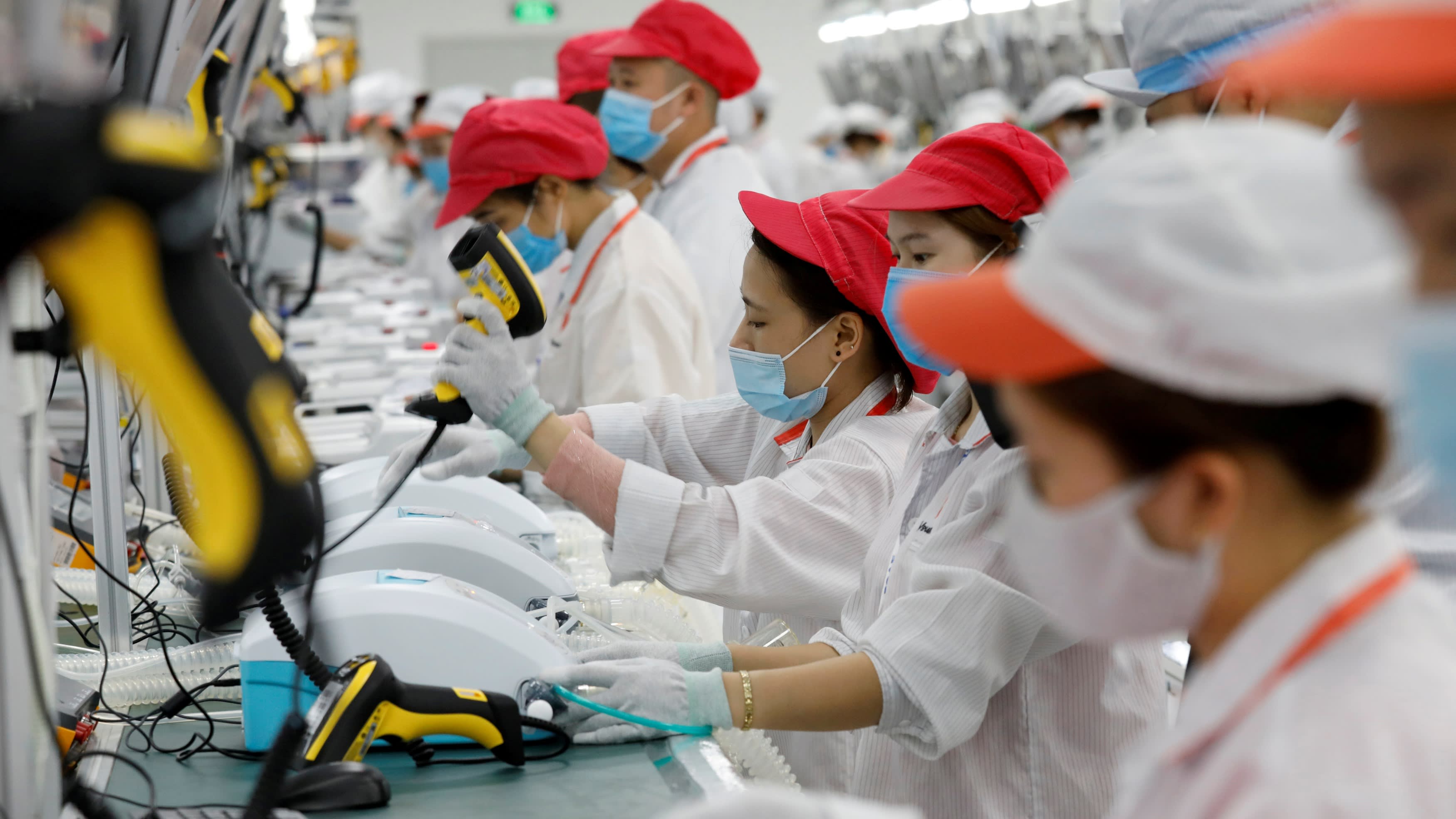 TOKYO -- Japan will significantly ramp up a program encouraging businesses to build production sites in Southeast Asia to diversify supply chains that are too dependent on China.

The government will cover up to half the cost of such investments within the Association of Southeast Asian Nations for large companies and as much as two-thirds for smaller businesses. The subsidies apply to products for which manufacturing tends to be concentrated in a specific country.

The aim is to have companies expand the number of countries where they have overseas operations, not to entice them to leave any certain nation. Although China is not specifically named in the plan, the goal appears to be to reduce dependence there.

Prime Minister Yoshihide Suga will announce the plan during his visit to Vietnam this month, further underscoring the importance of Southeast Asia on his first official trip overseas as Japan's leader. His ASEAN tour, which also includes a stop in Indonesia, will be used to call for measures to promote investment in Southeast Asia.

The program is intended specifically to support projects that involve expanding production networks into ASEAN members. Plans that involve pulling out of a given country will likely be excluded.

On the other hand, building a new factory in a Southeast Asian country while leaving capacity in China, for example, would be considered an eligible form of diversification.

The program does not cite China by name, as doing so could risk opening up Tokyo to criticism that it is distorting free trade.

The plan should pose no problems under World Trade Organization rules "as long as it has objective standards for providing support, rather than subsidizing specific companies," said Yorizumi Watanabe, professor of international political economy at Japan's Kansai University of International Studies.

Southeast Asia is an attractive destination for manufacturers from a cost perspective. The average annual compensation for a manufacturing worker is $5,956 in Indonesia and $4,041 in Vietnam, compared with nearly $10,000 in China, according to the Japan External Trade Organization.

Even before becoming prime minister, Suga stressed the need to address the overreliance of supply chains on specific countries, citing automakers forced to shut down factories when they could not source parts from China in the early days of the coronavirus outbreak.

The government will likely set aside a significant amount of money in its third supplementary budget for the program to signal its importance as a policy initiative.

Japan's first supplementary budget for fiscal 2020 earmarked 23.5 billion yen ($223 million) to help businesses move production to Southeast Asia to broaden their supply networks. The government approved 30 projects in the first round of applications that ended in June.

But the program is less well known than a similar but much larger initiative to promote manufacturing at home. That has received over 1,700 applications worth more than 10 times the $2 billion budget, of which 57 projects totaling $544 million have been approved.

The U.S.-China trade war, as well as delays in sourcing face masks and other crucial items during the coronavirus pandemic, have highlighted the dangers of China-reliant supply networks.

Washington has blocked Chinese makers of telecommunications equipment from the American market, citing fears of sensitive information leaking to Beijing, and pushed allies including Japan, the U.K. and Australia to do the same.

China has responded with tighter controls on exports of products manufactured there. Japanese businesses with facilities in China risk having goods left stranded amid the cycle of retaliation.