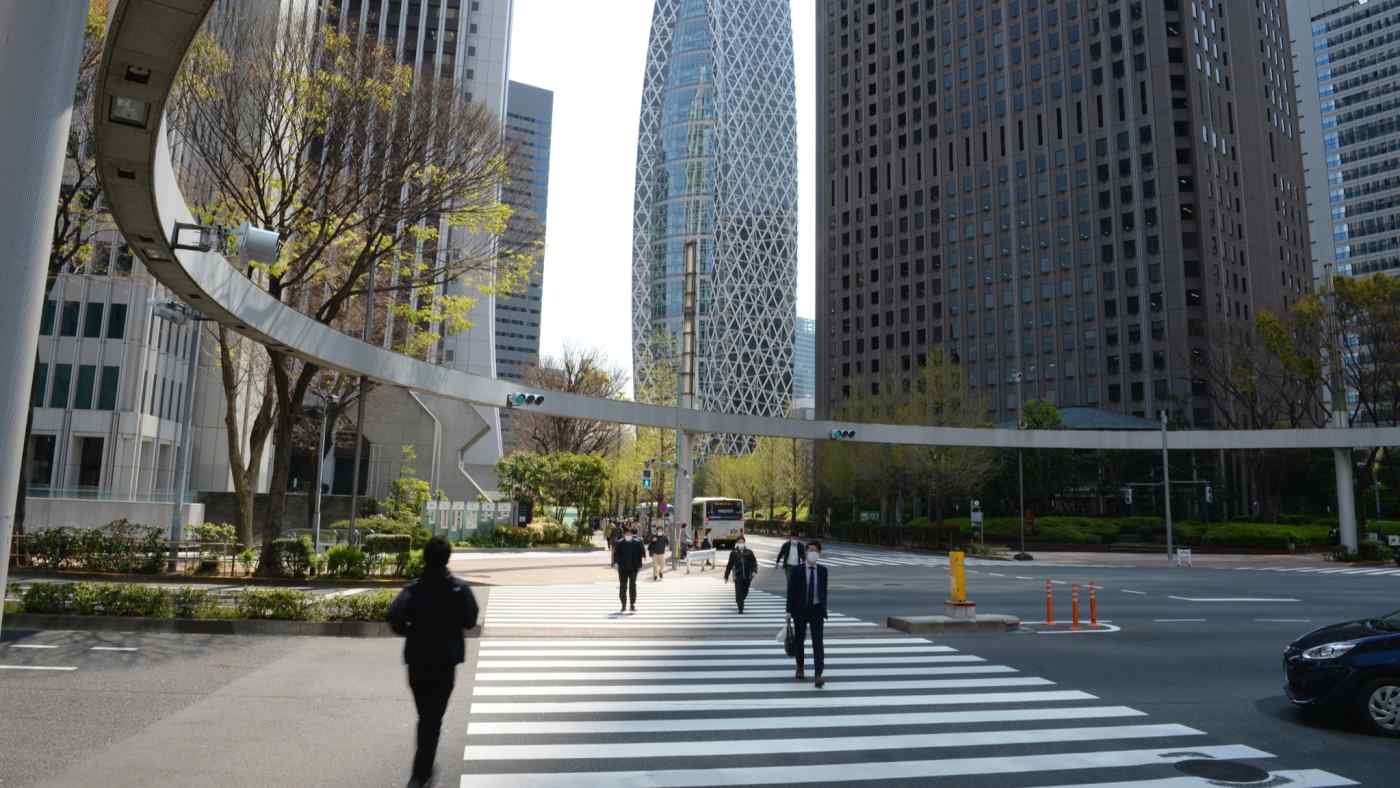 TOKYO -- Japanese Prime Minister Shinzo Abe on Thursday expanded the state of emergency to the entire country as the new coronavirus cases continue to rise.

Japan's upcoming Golden Week holidays in early May could exacerbate the epidemic, so the prime minister decided to declare the state of emergency for all 47 prefectures, up from the seven including Tokyo and Osaka that were designated last week.

"Because of movement of people from urban ares, clusters [of COVID-19 infections] have developed in various places, and the outbreak is expanding," Abe said.

"In particular, we will minimize the movement of people during the long holiday break," he added.

The measure will run through May 6 for all areas, the same expiration date for the limited emergency decree. Thursday's   declaration empowers prefectural governors nationwide to urge citizens to stay home and facilities to temporarily shut down. Such requests, however, are not legally binding.

Under the emergency declaration, facilities that remain open without providing a valid reason will be named on official lists. The government can also take over land and buildings for the purpose of creating medical establishments.

Japan's Golden Week is a stretch of public holidays that begin on April 29 and last until the second week of May. In the longest case, some will take a 16-day break from Saturday, April 25, to Sunday, May 10, which in normal times would offer a travel and shopping bonanza.

Economic and Fiscal Policy Minister Yasutoshi Nishimura on Thursday asked a panel of experts on the virus for a recommendation that the emergency be extended nationwide.

"There's an expansion of clusters," Nishimura said. "It is urgent that we minimize movement of people" during the Golden Week holidays.

"Health care services are being strained," said Katsunobu Kato, the minister of health, labor and welfare.

Abe urged people to avoid non-essential travel across prefectural lines. He has called for containing the virus by reducing people's contacts by at least 70% and ideally 80%.

The prefectures targeted in the April 7 declaration have now been designated as special alert areas. Six other prefectures have been added to that list: Kyoto, Hokkaido, Ibaraki, Ishikawa, Gifu and Aichi.

In Tokyo, designated businesses are asked to close by 8 p.m.  Prefectural governors everywhere will likely follow Tokyo's lead and ask shopping and entertainment venues to shut down at night.

Grocery stores, drugstores and other essential businesses will remain open. Public transport across the country, including trains and buses, will continue to operate under the emergency decree.

The government is prepared to extend the emergency declaration past the May 6 date if an advisory panel recommends it. Abe will open a press conference Friday to explain his reasoning for expanding the decree nationwide.