Japan grapples with two different faces of US

Abe tries a new tack in dealing with Trump, Obama's opposite 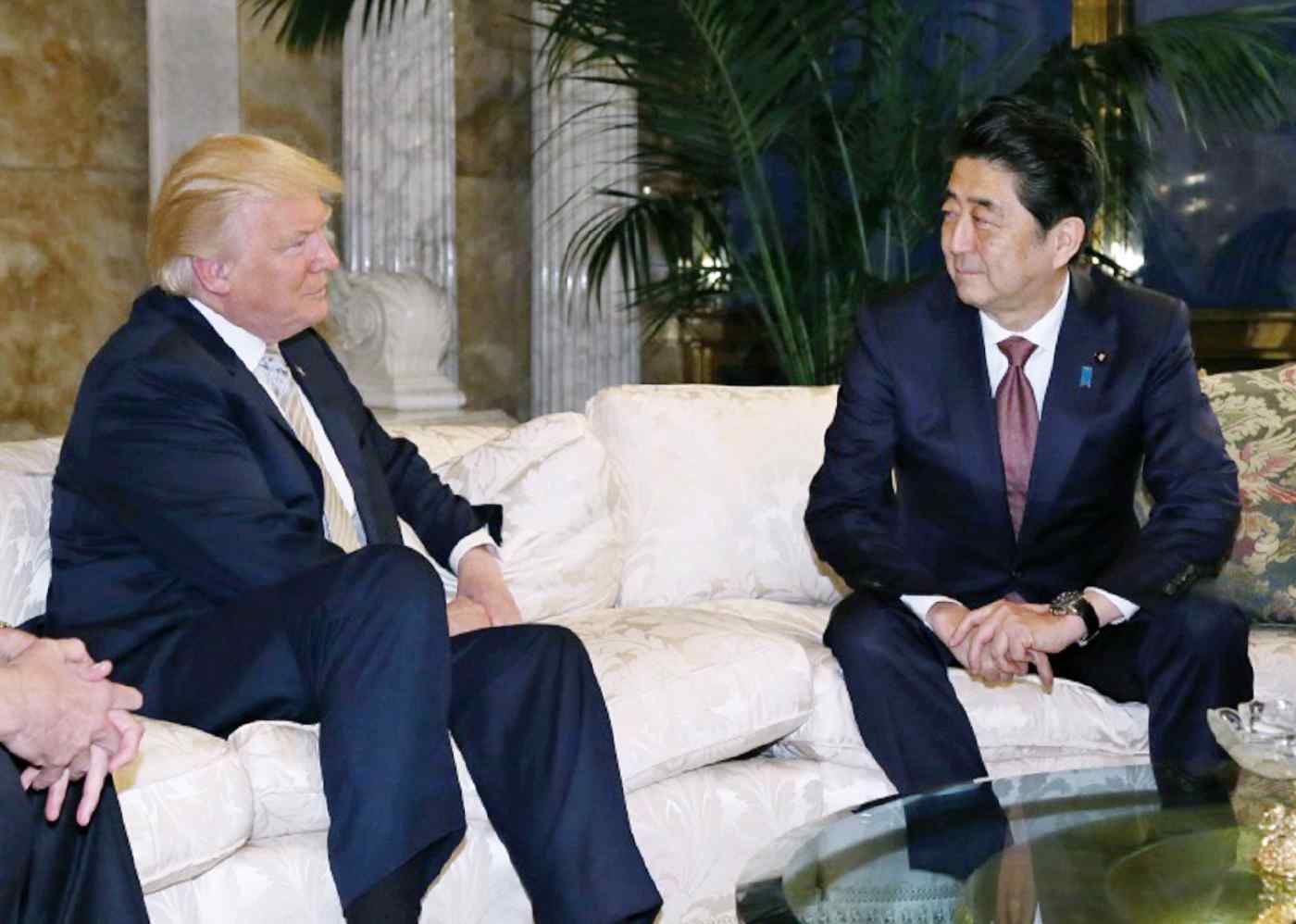 WASHINGTON -- Japanese Prime Minister Shinzo Abe is seeking to hold talks with Donald Trump in Washington in late January, soon after Trump is inaugurated as the new U.S. president.

The Abe administration has kept this plan secret because Abe's meeting with President-elect Trump in November provoked an angry protest from outgoing President Barack Obama's national security adviser, Susan Rice, who noted that the U.S. has only one president. The Japanese government is maneuvering to build close ties with Trump as quickly as possible, while trying to avoid incurring the wrath of the Obama administration.