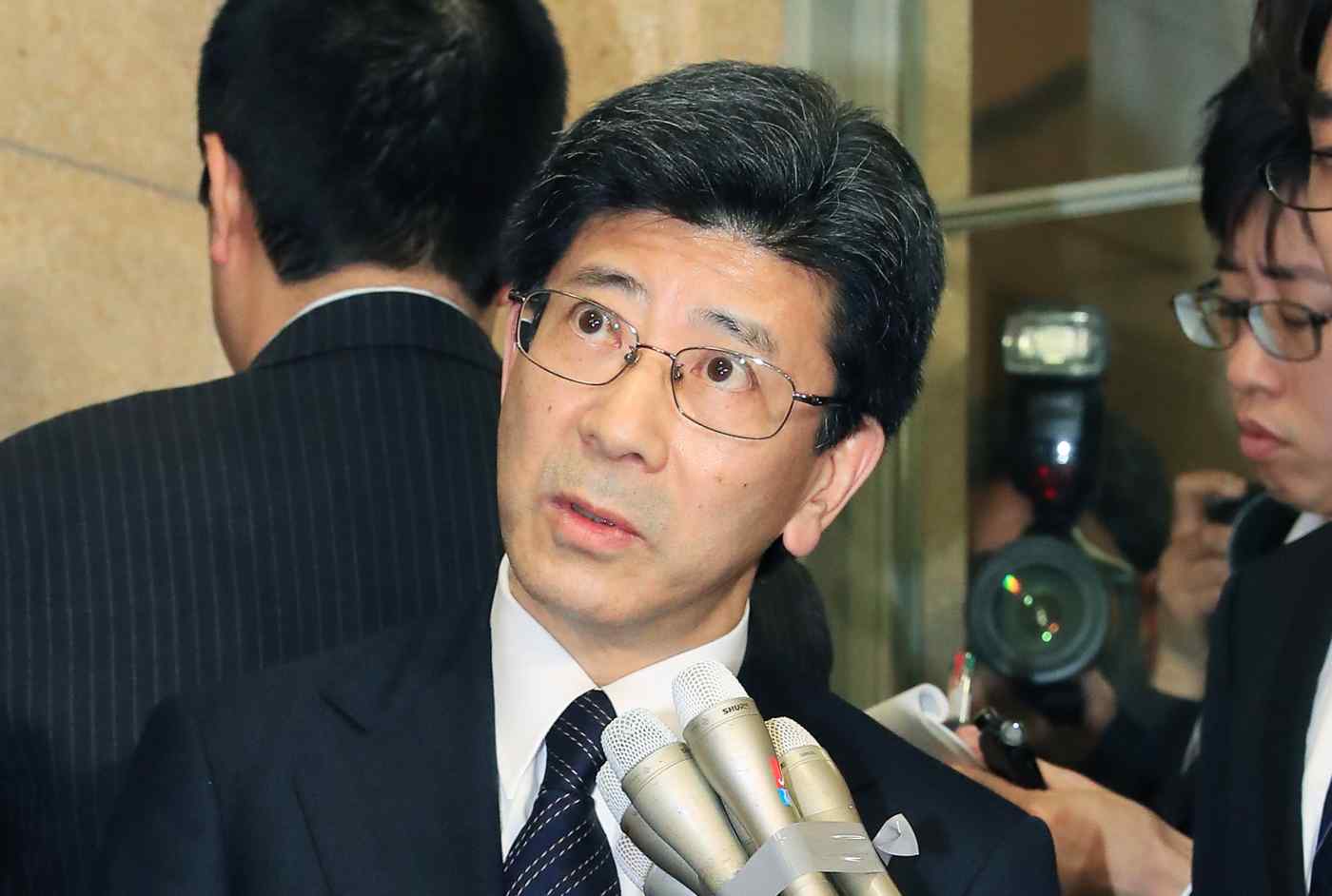 TOKYO -- Japan's former tax chief at the center of the land sale scandal could lay bare the mechanism of an alleged cover-up by politicians or evade questions to frustrate the opposition when he appears before lawmakers next week.

Nobuhisa Sagawa is set to give sworn testimony in the Diet regarding the doctoring of documents detailing the cut-rate land sale to a nationalist school operator in Osaka.

The upper house's budget committee voted Tuesday to have Sagawa testify for two hours starting at 9:30 a.m. March 27. The lower house counterpart is expected to hold a similar vote later this week.

Lawmakers are probing what appears to be an attempt to obscure political involvement in the 2016 sale of drastically underpriced public land to Moritomo Gakuen, which had connections to Prime Minister Shinzo Abe and his wife, Akie. Between February and April of last year, while Sagawa led the ministry's Financial Bureau, officials deleted key details from 14 documents related to that sale, including the particulars of price negotiations over the land and all references to Akie Abe.

Sagawa resigned as head of the National Tax Agency on March 9, three days before the Finance Ministry admitted to the alterations.

Key questions include how the documents were altered, who ordered the doctoring and whether political pressure was applied.

Questioning Sagawa under oath may make him a more reliable witness than he has been in the past: When the land deal first drew public attention in February 2017, Sagawa told lawmakers that no records of negotiations over the land existed, and he insisted that politicians were in no way involved in the transaction.

In admitting the alteration earlier this month, the Finance Ministry said it was an attempt to bring the documents in line with Sagawa's testimony. Sagawa is certain to face questions on this point next week, and providing false testimony could bring perjury charges. Mitsuru Ota, the current Financial Bureau chief, alleged Friday that Sagawa "was probably heavily involved" in the alterations. "I believe he knew."

Finance Minister Taro Aso said Friday that "neither I nor the prime minister's office exerted pressure on Sagawa when he faced questioning."

But Kotaro Tatsumi of the Japanese Communist Party said that "there is no way a public employee would do something so outrageous without being directed to do so or expecting some benefit."

"It's notable how people are trying to force responsibility onto Sagawa and those below him," Yuichiro Tamaki, who leads the center-right opposition Kibo no To, or Party of Hope, told reporters Tuesday. "There's no way Aso can avoid resigning."

Questions also are swirling over what motivated the changes. The opposition cites Abe's assertion in the Diet in February 2017 that he would "resign as both prime minister and as a lawmaker if either my wife or I are found to have been involved in arranging or approving the sale." Many opposition lawmakers have suggested this declaration sent ministry bureaucrats scrambling to delete evidence of such involvement.

"Sagawa was probably acting to protect someone," said Kiyomi Tsujimoto, Diet affairs chief for the center-left Constitutional Democratic Party, suggesting Abe's statement spurred the deletion of references to Akie Abe. Aso on Tuesday again denied that anyone acted "in accordance with [Abe's] wishes."

The prime minister said Tuesday that "the government will thoroughly investigate the situation behind [the alterations] and comply with questioning" in order to "regain the public's trust."

Playing along seems to be the only way forward for the ruling Liberal Democratic Party. Opposition lawmakers ended their boycott of Diet deliberations Friday with the understanding that Sagawa would be called in for sworn testimony, not mere questioning. Should the LDP renege on its implicit pledge, the opposition could throw parliament into chaos again, endangering budget-related bills that carry economic consequences if they are not passed by the end of March.

Opposing sworn testimony by Sagawa also risks backlash against the LDP and its leadership. Roughly 3,000 LDP partisans from around Japan gather Sunday for the party's annual convention. Heavy criticism over the Moritomo scandal could endanger Abe's prospects for re-election as party president -- and thus as prime minister -- in September.

Yet for all the effort to ensure Sagawa's testimony, his answers are not guaranteed to shed light on the scandal. Given the risk of perjury charges for false testimony, he may decide to provide only vague responses. Sagawa did just that in an exit interview, according to Ota, telling Vice Finance Minister Junichi Fukuda that he would refrain from answering certain questions "due to the possibility of criminal prosecution."

If Sagawa's appearance fails to bear fruit, the opposition could strengthen calls for Akie Abe's sworn testimony, something the government has refused to authorize.

"We don't know how we're going to bring this under control," one senior LDP official admitted.