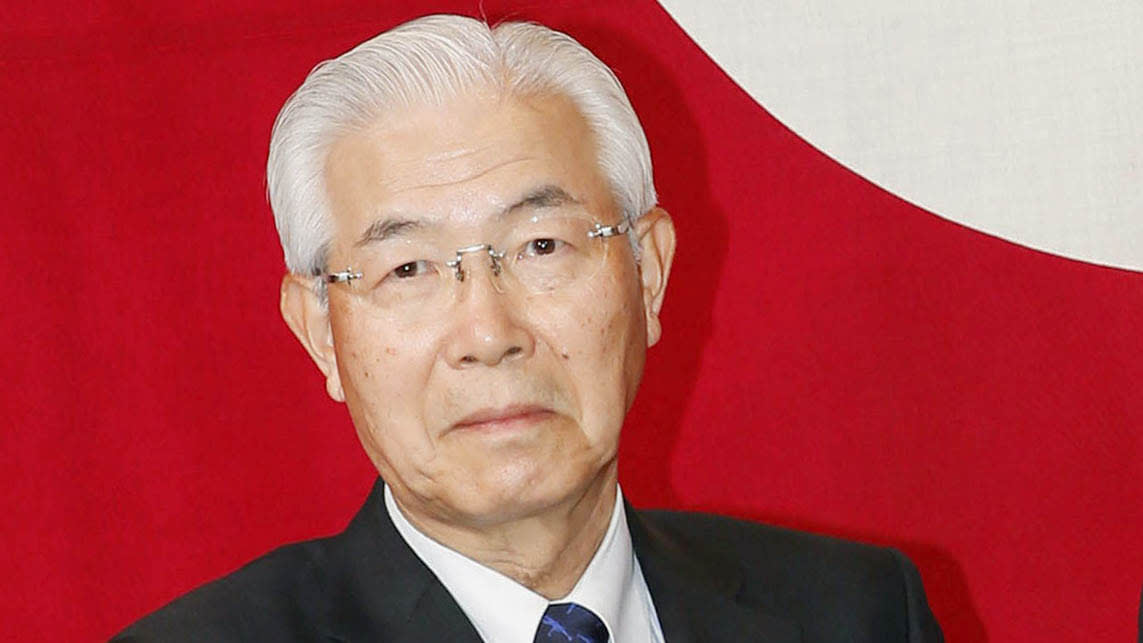 Yomiuri Chairman Kojiro Shiraishi, Japan's new ambassador to Switzerland, was previously president of the Yomiuri Giants baseball club and served on the committee that chose the name of the current Imperial era.    © Kyodo

The appointment of Shiraishi, 72, is a rare case of a media figure becoming Japan's top envoy to a country. He fills the vacancy left by the resignation in April of Etsuro Honda, one of the key architects of Prime Minister Shinzo Abe's economic policies.

Shiraishi, a former political reporter who rose through the newspaper's ranks to become group president in June 2011, also served as owner of the Yomiuri Giants professional baseball team before becoming group chairman in June 2016.

As head of the Japan Newspaper Publishers and Editors Association, he sat on the government panel that helped choose Reiwa as Japan's new era name.

Japan on Friday also named ambassadors to Bangladesh, Belarus, Denmark, Kyrgyzstan, Micronesia, Zambia and its mission to the Association of Southeast Asian Nations.

Naoki Ito, 58, will become the new envoy to Bangladesh after serving as consul-general in Chicago since January 2017.

Hiroki Tokunaga, 60, will be promoted to ambassador to Belarus having been assigned to the embassy in the eastern European country since May 2016.

The new envoy to Denmark, Manabu Miyagawa, 56, has previously worked at the embassy in Russia and at the consulate-general in New York.

Hidenobu Sobashima, 63, assumes the ambassadorship to Micronesia after three years as envoy to Zambia. His previous postings include consul-general in Melbourne and Manila.

The new ambassador to Zambia, Ryuta Mizuuchi, 59, has worked at embassies in Austria and Germany and served as consul-general in Dusseldorf.

Akira Chiba, 60, will become the new envoy to ASEAN after a three-year stint as consul-general in Los Angeles. He has also worked at Japan's permanent mission to the international organizations in Geneva and the embassy in Iran.

All appointments are effective Sept. 2 with the exception of Sobashima, who takes up his post immediately.