Images from the unveiling of 'Reiwa' as the new Imperial era

After months of anticipation, Japan on Monday unveiled the name of the nation's new era as "Reiwa." The new period of Japanese history will official begin on May 1, when Crown Prince Naruhito ascends to the Chrysanthemum Throne.

Below are some photographs from scenes around the country after the announcement was made. 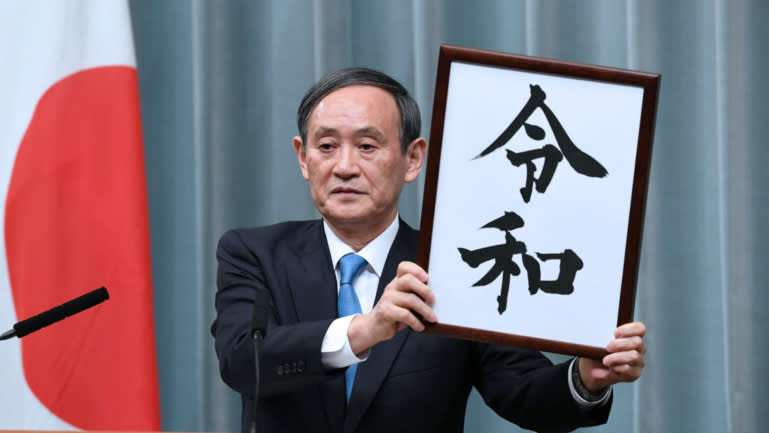 A monitor in a park in Nagoya, central Japan, displays the new era name to people enjoying the cherry blossoms. (Photo by Koji Uema)

A calligrapher paints Reiwa during a performance in Tokyo. (Photo by Toshiki Sasazu) A company in Osaka starts producing calendars with the new era name. The calendars run from May 1, the start of the new era, through December. (Photo by Maho Obata) The new era name is displayed at an entrance ceremony for new employees at All Nippon Airways. (Photo by Yoichi Iwata) 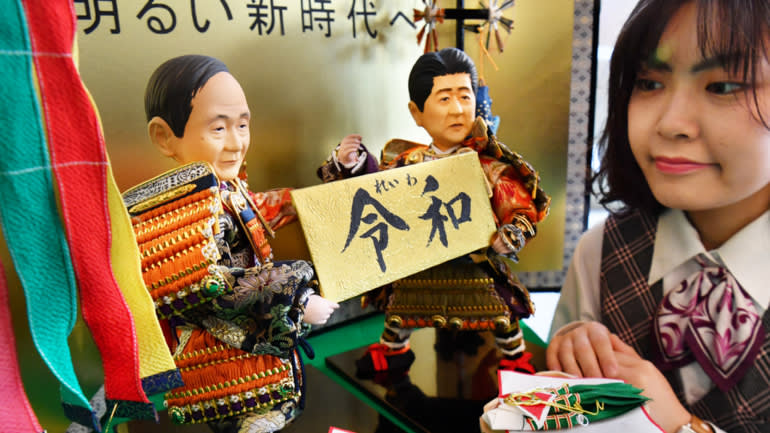 Monitors at a brokerage in central Tokyo show both the new era name and the Nikkei 225 stock index. (Photo by Yoichi Iwata) 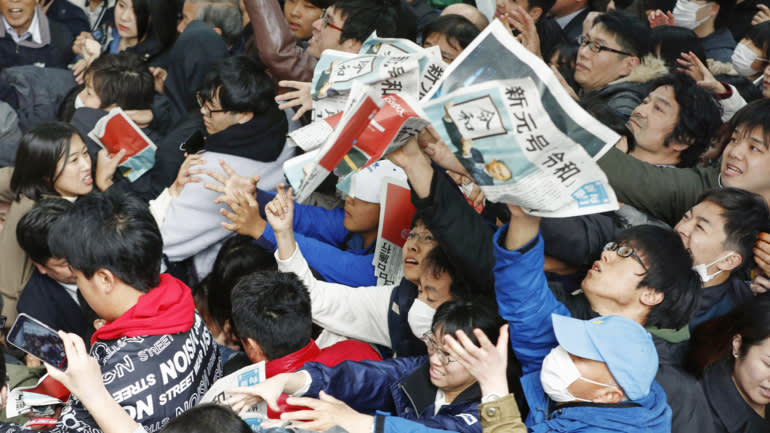 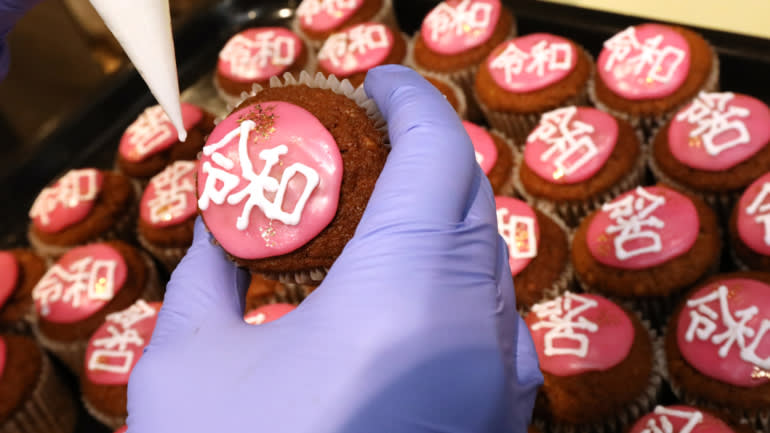 A baker in Tokyo makes cupcakes with the characters for Reiwa. (Photo by Manami Yamada)