TOKYO -- The Japanese government on Friday nominated an advocate of bolder monetary easing to a key leadership post at the central bank.

Waseda University professor Masazumi Wakatabe would fill one of two deputy governor seats that will become vacant next month. Deputy governors play a central role in decision-making at the Bank of Japan and vote on monetary policy decisions as part of the nine-member board.

The government submitted its proposal to steering committee executives from both houses of the Diet, Japan's parliament.

Prime Minister Shinzo Abe's government is also seeking the re-appointment of BOJ Gov. Haruhiko Kuroda, whose leadership over the past five years has brought a significant expansion of the bank's government bond purchases and the deployment of unconventional policy tools like negative interest rates. As for the other deputy governor post, the plan is to promote BOJ Executive Director Masayoshi Amamiya, who has been deeply involved in setting policy under Kuroda.

The government wants both houses to vote on the appointments by mid-March. Lawmakers are expected to vote separately on each nomination, and the picks must be approved in both chambers. 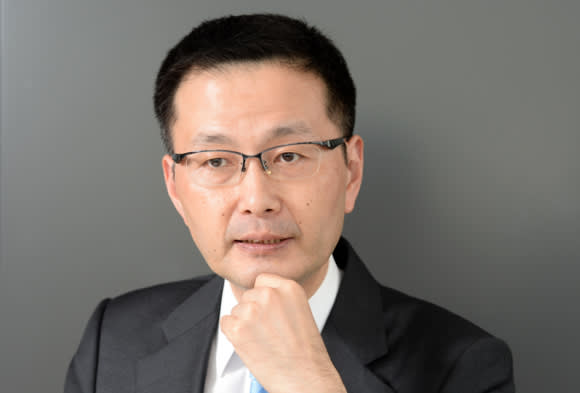 The choice of Wakatabe, a longtime proponent of aggressive easing, as deputy governor appears to clash with speculation that the central bank is looking to start normalizing policy. The professor has argued for raising the BOJ's annual pace of Japanese government bond purchases from the current 80 trillion yen ($750 billion) to 90 trillion yen and broadening the range of assets the bank buys.

"There needs to be easing strong enough to absorb the negative impact of the consumption tax hike [planned for October 2019] and lift inflation to 2%," he told The Nikkei in December. BOJ Executive Director Masayoshi Amamiya, who has had a hand in crafting monetary policy at the central bank for years, is being considered for one of two deputy governor seats.

Amamiya, a career BOJ official, has had a hand in most of the monetary policy decisions carried out under Japan's long-running deflation. He was there in 2001, when quantitative easing was introduced. He was also present in 2010, when the BOJ adopted comprehensive monetary easing, which entailed an increase in bond buying.

Amamiya briefly stepped away from monetary policymaking to serve as manager of the BOJ's Osaka branch. He returned as executive director on March 18, 2013, at the request of Kuroda, who became BOJ governor two days later.

Kuroda's term expires on April 8, while current deputy governors Kikuo Iwata and Hiroshi Nakaso will reach the end of their terms on March 19.