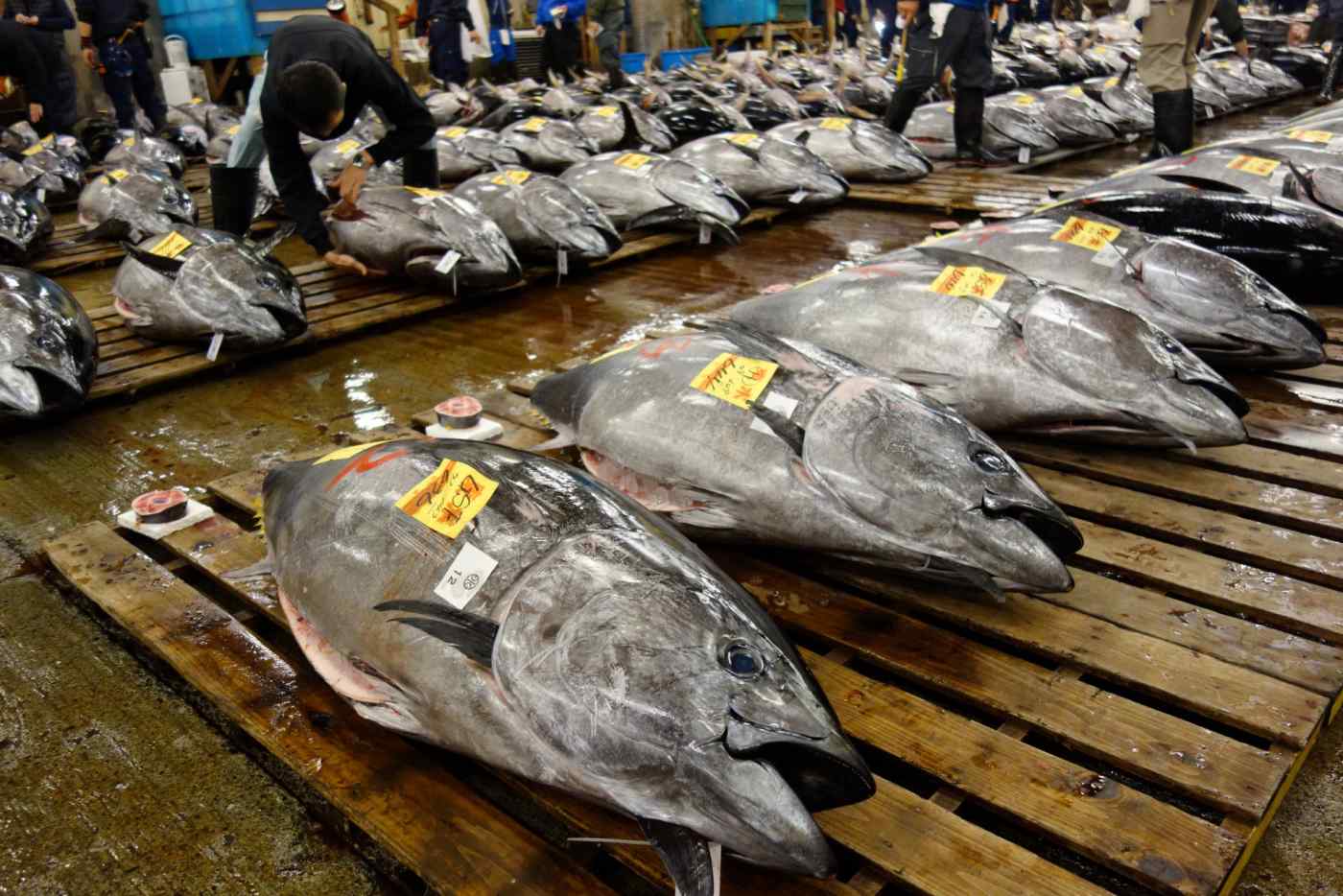 TOKYO -- Japan is poised to exceed an international commitment to limit catches of threatened Pacific bluefin tuna just two years after it adopted the cap, which has been undermined by lax compliance.

Japan leads the world in catches and consumption of the fish. As of Monday, the Japanese bluefin catch had reached 99.7% of the agreed-on quota for the 12 months ending in June, making it only a matter of time -- possibly within the next two weeks -- until the commitment is broken.

Bluefin tuna, a popular choice for sushi and other dishes, is in worrisome decline. By one estimate, natural stocks of the adult fish have fallen to just 2.6% of the level before large-scale fishing began.

In 2015, Japan adopted limits on catches of immature bluefin, following a decision by the Western & Central Pacific Fisheries Commission. For the year to June, the quota comes to 4,007 tons, 3,995 tons of which had been caught as of Monday.

The total has risen by several tons a day, despite warnings and calls for restraint by Japan's Fisheries Agency. Any overage during the current year will be deducted from the next year's 4,007-ton quota.

Part of the problem is that bluefin are inadvertently caught by ships fishing for other seafood. But the regulation also appears not to have sunk in with all of Japan's fishing industry. The agency reported this month that some 132 tons of bluefin had been caught under improper circumstances, such as without being reported or by unapproved fishers.

In the waters off Mie Prefecture, near Nagoya, there have been cases of fishing ships ignoring the authorities' call for restraint. The regulation has created a tempting forbidden fruit. Bluefin "tends to sell for higher prices than other types of fish," according to a person familiar with the industry.

Fishing ship operators, for their part, complain that the quota is unevenly distributed. Coastal waters off Japan have been divided into five blocks for bluefish fishing, with further subdivisions in areas where the tuna is common, such as off of Nagasaki. In some cases, complying with the limit requires releasing caught bluefish out in the open ocean.

"There are problems with the distribution of the blocks," said Masaaki Sano, a professor at Kagoshima University in southwestern Japan.

The Fisheries Agency has tried to please both the international community and the domestic fishing industry with threats of punishment for violators on the one hand and concessions such as redistributing the quota on the other. But Japan's inability to enforce its own commitment is likely to add to pressure from Western nations for regulations that in practice amount to a ban of bluefish fishing.