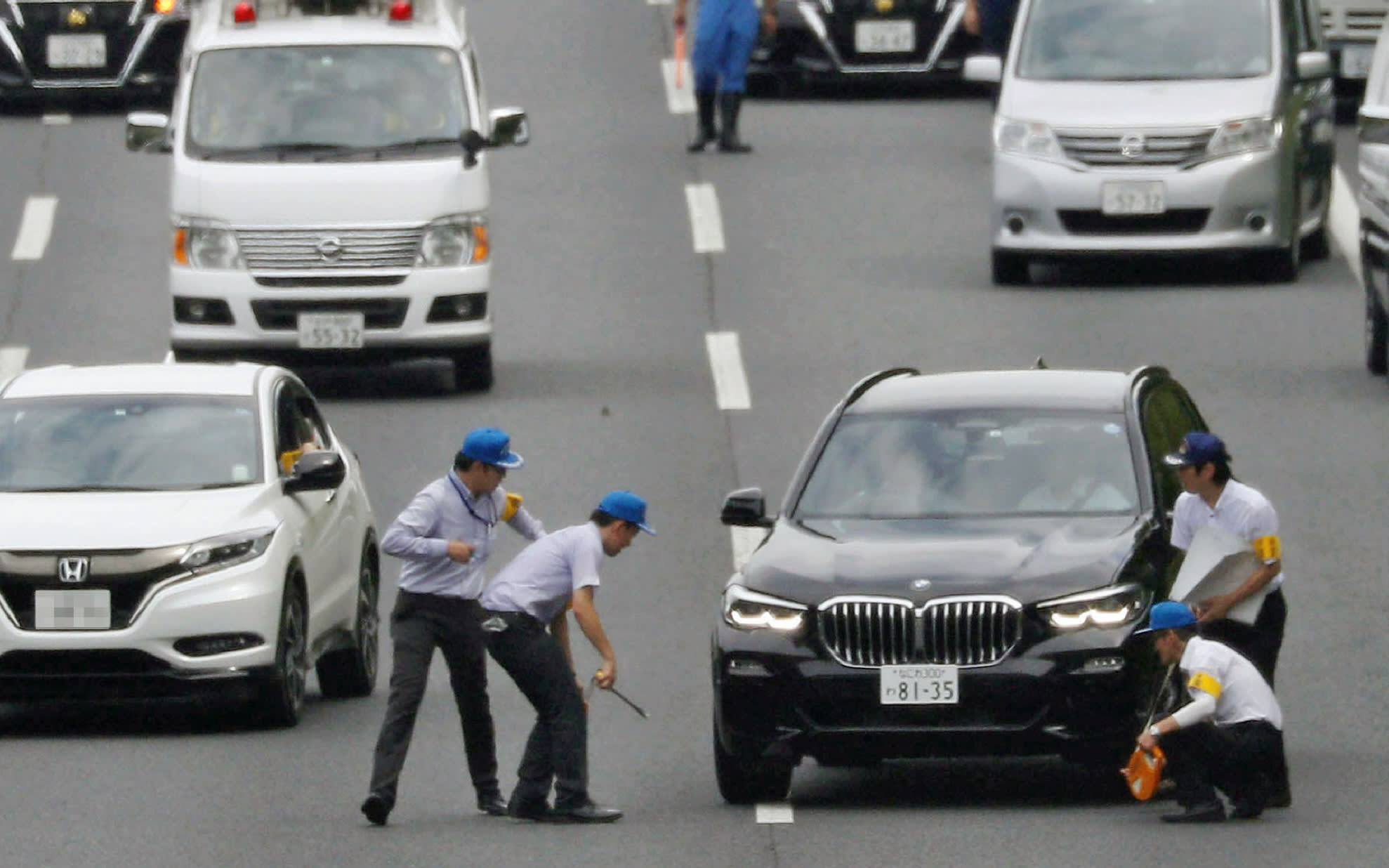 Police check the cars involved in a road rage case in Ibaraki Prefecture in August.   © Kyodo

The NPA told a traffic safety panel of the ruling Liberal Democratic Party that the new regulations will allow police to immediately revoke drivers' licenses after one confirmed road rage offense to quickly get volatile and dangerous people off the road.

Drivers who lose their license after a road rage incident will be banned from getting behind the wheel for more than a year, while the NPA is considering punishment of a prison term of up to three years or a fine of up to 300,000 yen ($2,800).

At present, drivers' licenses are only revoked immediately in cases such as drunk driving or driving with a suspended license, among other offenses.

In comparison, current penalties for aggressive tailgating on expressways are up to three months in jail or a maximum 50,000 yen fine.

The NPA plans to work out details of a bill to revise the traffic laws through discussions with the LDP panel so that it can be submitted to parliament early next year.

According to the NPA proposals presented to the LDP and sources familiar with the matter, road rage will be defined as dangerous driving with the intent of obstructing others, such as tailgating, sudden braking or repeated swerving between lanes.

Forcing another vehicle to stop on an expressway will also be included.

To avoid punishing drivers who have accidentally driven in a dangerous manner in what appears to be a road rage-like incident, police can consider whether repeat offenses are carried out before categorizing it as a road rage incident.

Evidence such as dashcam recorder or security camera footage and testimonies from passengers will be required to establish a case.

In a related move, the Justice Ministry is planning to submit a bill to the Diet early next year that will outline penalties for drivers who cut off another vehicle to force it to stop.

Public concern over road rage in Japan mounted after a high-profile 2017 case in which motorist Kazuho Ishibashi forced a car to stop in the passing lane on an expressway where it was hit by a truck, killing a man and a woman and injuring their daughters.

On Friday, the Tokyo High Court upheld a determination by the Yokohama District Court that Ishibashi, 27, caused the accident, but ordered the reexamination of the case and the 18-year sentence he was handed at the lower court due to a procedural issue.