Japan puts self-driving transit buses to the test next year 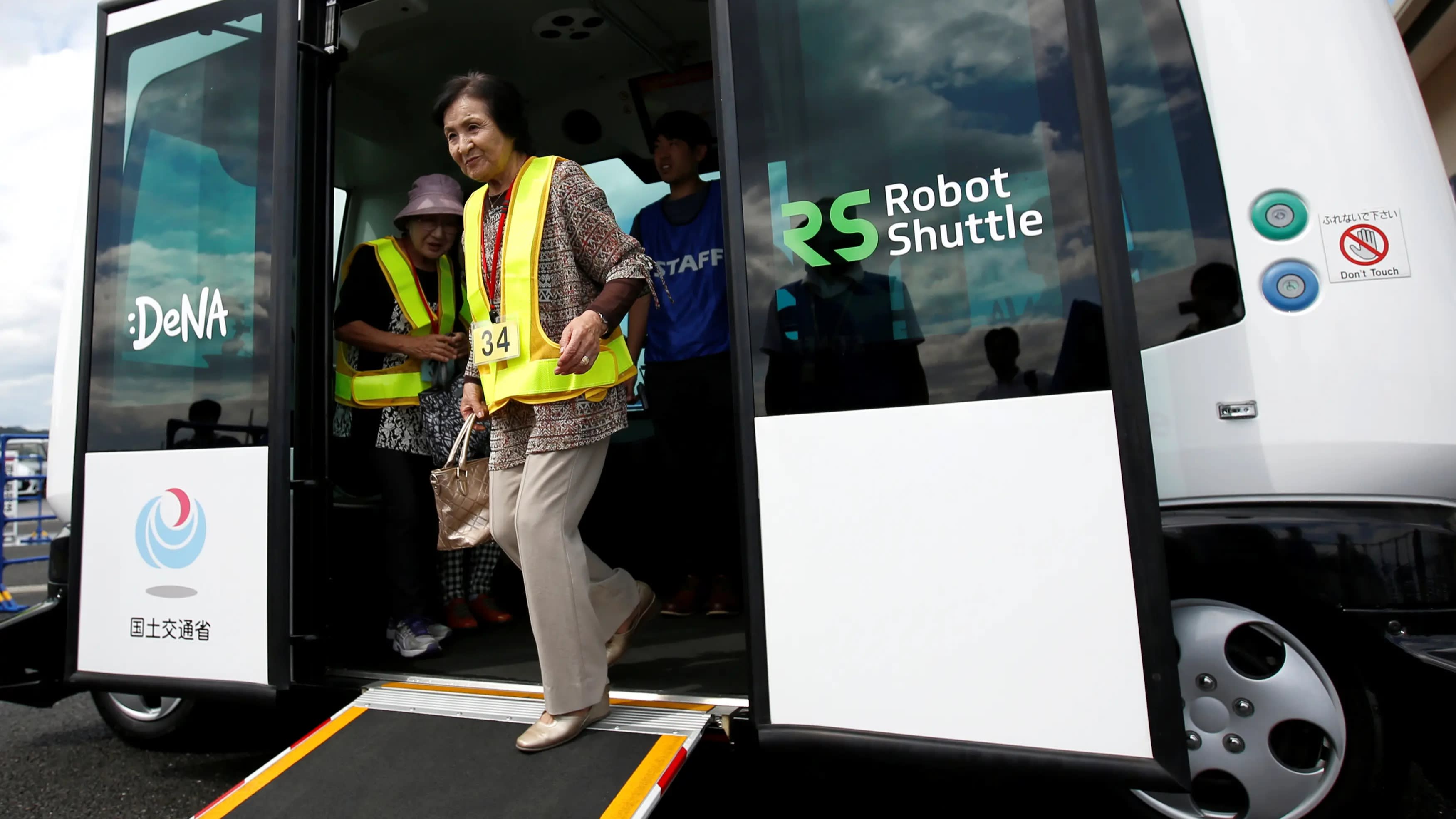 TOKYO -- Japan will start field trials for self-driving buses next year, as the government aims to ease the shortage of drivers in the public transportation system.

The pilot program, starting as soon as April 2020, will focus on transit buses with fixed routes. The partially automated system will help the driver maintain proper spacing with other vehicles and stay in the correct lane. A Japanese test using higher-level automation, in which the system drives the bus except for emergencies, could begin as early as fiscal 2021 pending legislation.

At least two bus companies, with no overlapping territory, will be solicited for the pilot. The government will purchase the buses, retrofit them and provide the vehicles to the participating companies. The National Institute of Advanced Industrial Science and Technology will be contracted to oversee the project.

The trials will last at least one month for each bus company. Passengers taking part in the experiment will receive free or reduced fares. The buses will be made to operate as normally as possible so that issues with the technology can be identified from the perspectives of both the companies and passengers.

Local governments previously have rolled out automated mobility with compact buses. This program differs by using conventional midsized buses for the first time in Japan, and by recruiting major bus companies.

Over the past several years, bus companies operating in outlying areas have increasingly struggled to maintain the size of their fleets and routes as Japan's population ages and decreases. The acute lack of drivers amplifies the problem. The central government hopes driverless buses eventually can serve such locales.